All Hail The Princess In Her New Unikitty! TV Series 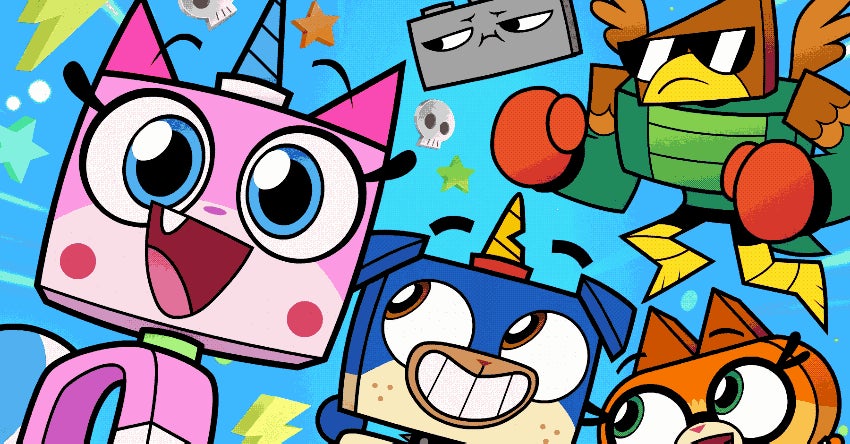 It's time for sparkles, sunshine, and dance parties! Unikitty, the adorable creature from The Lego Movie, is finally getting her own show on Cartoon Network. Let's hope Unikitty! includes some enemy smiting as she desperately holds onto her sequined throne.

According to the press release, the new series will focus on the adventures of Princess Unikitty, now voiced by Tara Strong (Teen Titans Go!) instead of Alison Brie. Instead of taking place at Cloud Cuckoo Land, which was the respite for her and the other Master Builders in the film, it will show the princess ruling her kingdom with a shiny fist. Her goal is to keep all of her subjects happy — unless they start to piss her off, in which case she goes all Rage Mode on them.

New characters include Unikitty's brother, Puppycorn (no word if he's also in line for the throne, possibly leading to a Game of Thrones-style showdown), as well as Dr. Fox, the resident scientist, and Unikitty's bodyguard, Hawkodile. Cartoon Network has not confirmed a premiere date for the new show yet.