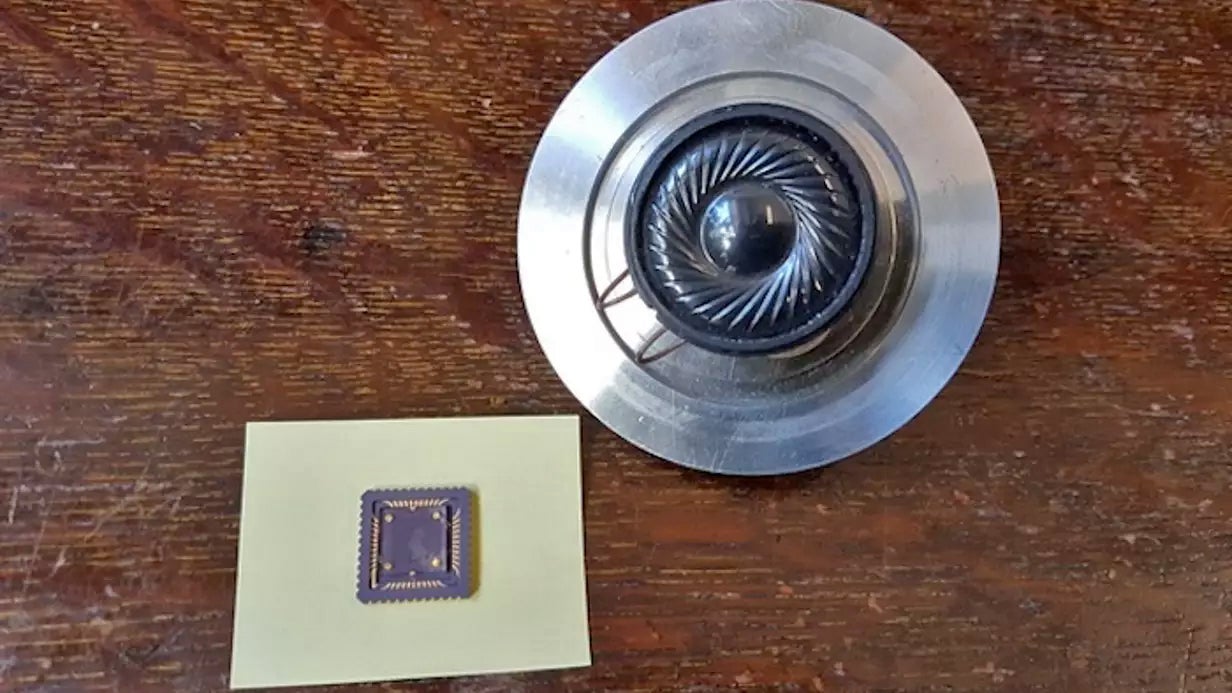 The traditional speaker design involves the use of a vibrating membrane that pushes air to create sound waves that travel to your ears. The technology has been in use for well over a century, but scientists at the University of Exeter might have found a way to improve how speakers work — eliminating movement altogether — using the wonder material graphene.

It takes quite a bit of energy to move a speaker's membrane, and the air surrounding it. That's why tiny speakers that are only powered by the audio signal from a headphone cable sound so awful. But drive a speaker too hard, and that thin moving membrane can be easily torn. It's a finicky technology, which is why a team of scientists want to replace it with a tiny chip, with no moving parts, covered in a thin layer of graphene: A strong but incredibly light material made from a single atomic layer of pure carbon assembled in a honeycomb pattern.

To produce sound, the graphene layer is rapidly heated and cooled, which in turn causes the surrounding air to expand and contract, creating sound waves. By strategically controlling the alternating electrical current flowing through the graphene, the scientists also found they can mix frequencies together, and even amplify or equalise specific sounds. Which means the amp, EQ and towering speakers that make up most home stereos might one day be replaced by a single, solid-state device.

The research is detailed in a paper published earlier this week, where the chip's creators outline more ambitious uses for it. Aside from replacing bulky home stereos, the new technology could result in a smartphone display that produces both images and sound at the same time, thanks to a thin, invisible layer of graphene added to the top of the LCD panel. The technology could also improve medical devices that use ultrasound to see inside of patients, as the flexibility of graphene would maximise skin contact and the strength of the signal. Most importantly, we might finally get a decent-sounding pair of earbuds.

[University of Exeter via New Atlas]