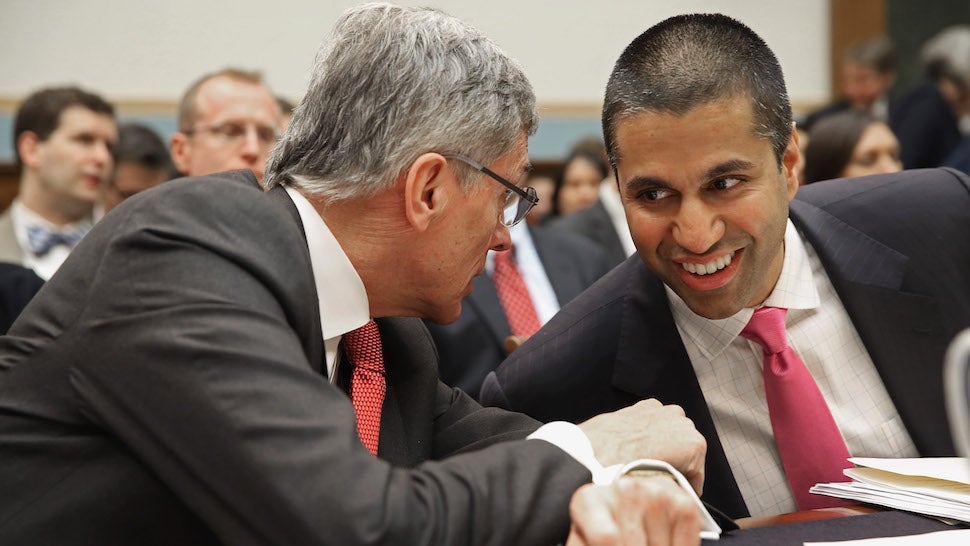 According to recent reports, FCC chair Ajit Pai outlined a plan this week to get net neutrality off his plate.

Several outlets reported earlier this week that Pai discussed a plan with telecom trade groups this week to overturn net neutrality rules, and return oversight of internet companies to the FTC. The plan would also include a voluntary agreement with internet service providers to abide by certain net neutrality principles, such as not blocking certain websites.

Details are still relatively scarce, and neither Pai nor the FCC have given much in the way of an official word.

The FTC has a much broader, and much weaker, form of oversight. The FTC mostly regulates companies’ trade practices on whether they’re unfair or deceptive, whereas the FCC is able to apply a broader public interest standard. And whereas the FTC doesn’t really issue rules, the FCC can, meaning it can prevent abuses by ISPs rather than just punish them after they have already happened.

Pushing oversight to the FTC has two advantages for Ajit Pai: One, it’s likely to be favourable to his BFFs at the telecom companies, because the FTC’s oversight is so much weaker. Two, he just doesn’t have to deal with that stuff any more.

Pai has previously indicated his, uh, strong preference for letting the FTC handle things. On broadband privacy, for example, Pai has consistently advocated for FTC oversight. And in an op-ed published recently in the Washington Post, Pai and Maureen Ohlhausen — who also happens to be the acting chairman of the FTC — noted that, with regards to the controversy over a recent decision to dial back internet privacy rules in the US, “we’ll be working together to restore the FTC’s authority to police ISPs’ privacy practices.” (Free-market conservatives have pushed for the FTC to take over broader internet oversight for years.) Clearly, Pai has thought a great deal about how he wants to spend his time, and it sure seems like he’d rather just let the FTC direct traffic.

Net neutrality, which ensures that internet service providers can’t prioritise traffic, was brought in by Obama’s FCC in 2015 when it enacted the Open Internet Order. That order reclassified internet services as “common carriers”, like phone companies, known as the Title II reclassification, meaning the FCC could regulate it.