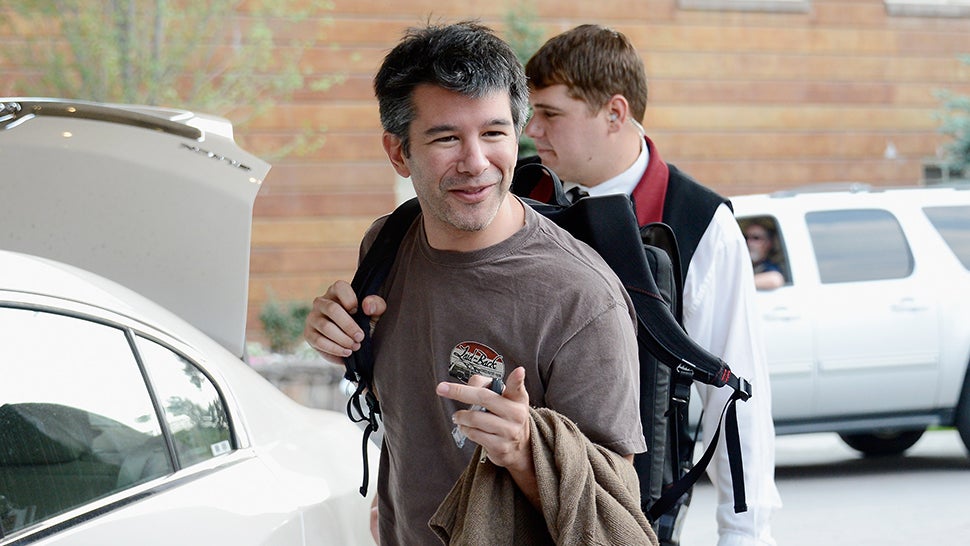 Controversial Uber CEO Travis Kalanick received a career retrospective profile in the New York Times today that covers his awkward early years and his propensity to invite conflict. Among the new information that it reveals, there’s an enlightening story about the time Tim Cook had to summon Kalanick after discovering that Uber was still tracking iPhones after its app had been deleted.

The full story from the Times is an excellent look at how Kalanick became the one of the most reviled men in Silicon Valley and Uber’s bull-in-a-China-shop approach to doing business. There are some anecdotes about the CEO’s lack of emotional intelligence (par for the course in the Valley), the time he spent a night at the strip club staring at spreadsheets, and some background on his early failed file sharing venture. But the story that stands out the most is his encounter with Apple’s CEO in 2015.

The Times‘ Mike Isaac uses the tale to frame his story of Kalanick’s willingness to take big risks and the writer characterises the moment as a watershed validation of bad behaviour.

According to the report, back in 2014, Uber had an incentive program to encourage drivers to pick up more fares. Savvy drivers in places like China started buying iPhones with wiped memories on the black market. The drivers would create multiple email addresses and create new accounts to request rides. They would then “pick up” this “new customer” who would be getting their discounted trial run with the service. The drivers received their extra cash for taking on more fares but Uber wasn’t growing its customer base.

The problem was that when an iPhone is wiped clean, Apple insists that it be wiped one hundred per cent clean for the purposes of protecting customers’ privacy. Uber wanted a work around for that and added some code to its app that would leave a digital “fingerprint” on the device even if it had been erased. But that violates Apple’s guidelines and developers have been booted from the app store for far less egregious transgressions.

Kalanick and co. decided to use a technique called geofencing to prevent Apple from noticing. Basically, Uber’s engineers programmed their app to not display the offending code on any phones accessing the app in the region around Apple’s headquarters. It was a ruse with a short lifespan and Tim Cook called Kalanick up for a meeting. From the report:

When Mr. Kalanick arrived at the midafternoon meeting sporting his favourite pair of bright red sneakers and hot-pink socks, Mr. Cook was prepared. “So, I’ve heard you’ve been breaking some of our rules,” Mr. Cook said in his calm, Southern tone. Stop the trickery, Mr. Cook then demanded, or Uber’s app would be kicked out of Apple’s App Store.

For Mr. Kalanick, the moment was fraught with tension. If Uber’s app was yanked from the App Store, it would lose access to millions of iPhone customers — essentially destroying the ride-hailing company’s business. So Mr. Kalanick acceded.

Mr. Kalanick was shaken by Mr. Cook’s scolding, according to a person who saw him after the meeting.

But only momentarily. After all, Mr. Kalanick had faced off against Apple, and Uber had survived. He had lived to fight another day.

It was a moment in which the leader of the world’s most valuable startup was confronted by the leader of the world’s most valuable business and even though he acquiesced, Kalanick had won his right to live another day. What’s most interesting about this episode is how it reminds us of an earlier chapter in Uber’s history when it was called UberCab and was struggling to push through regulations:

“We’re in a political campaign,” he once said at a technology conference, and the candidate is Uber. The opponent is named Taxi, he said, adding a rude descriptive. “Nobody likes him, he’s not a nice character, but he’s so woven into the political machinery and fabric that a lot of people owe him favours.”

Uber still faces an uphill climb in cities and countries around the world that see the startup as reckless and a threat to the labour force. But in Silicon Valley, the ride-sharing service can be a bit like the opponent Kalanick named “Taxi.” Uber has woven itself deep into the financial machinery of some of the biggest players in the Valley. Top VCs have invested, celebrities like Jay Z and Leonardo DiCaprio bought a piece, and even Google’s investment arm has a major stake in the startup. Google is currently involved in a complex and expensive lawsuit with Uber and it wants to win. But its lawyers don’t want to destroy their investment completely. Likewise, Tim Cook could have ended Uber for good that day in his office but Kalanick still owes a lot of Tim’s friends a major return. And when he left the office that day, he learned what he could get away with.