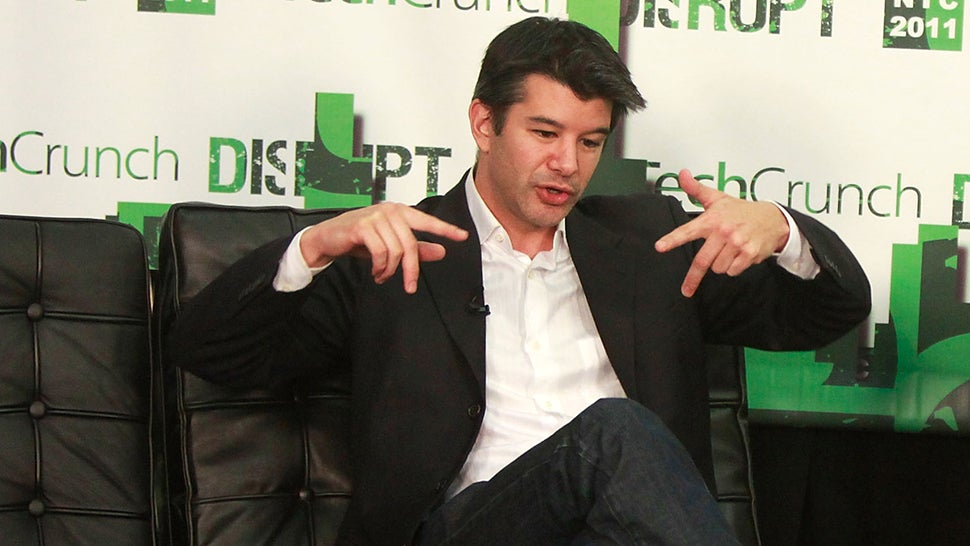 Career counsellors are probably telling kids these days to learn how to code or become proficient in Mandarin, but the field of public relations is in dire need of some talent. Companies like Pepsi and United Airlines had major fires to put out in the last week, but no corporation seems to get themselves in trouble as often as Uber. And now, it’s lost the person who is paid to make those problems go away.

Since joining in 2015, Rachel has blown us all away with her ability to get stuff done. She is a force of nature, an extraordinary talent and an amazing player-coach who has built a first-class organisation. Importantly, Rachel was way ahead of the game when it came to many of the changes we needed to make as a company to ensure our future success — from promoting cross-functional teamwork to improving diversity and inclusion.

Whetstone confirmed that she’s leaving and in her comments, she proved that just because you quit a company it doesn’t mean that you have to stop spinning. “I am incredibly proud of the team that we’ve built — and that just as when I left Google, a strong and brilliant woman will be taking my place,” Whetstone wrote. That’s a twofer. She simultaneously highlighted that Uber is replacing her with a woman as the company faces accusations of a culture filled with sexual harassment, and she shouted out her old employer Google, which is currently involved in a lawsuit brought by the Department of Labor that asserts the search giant pays women far less than men.

Whetstone is just one more top executive to leave the beleaguered ridesharing startup in recent months. Both Amit Singhal, former VP of engineering, and Ed Baker, former VP of product, have resigned over reported issues related to past allegations of workplace harassment. And the company’s former president, Jeff Jones, very publicly resigned in March. Jones was not as nice in his parting statements as Whetstone. “It is now clear, however, that the beliefs and approach to leadership that have guided my career are inconsistent with what I saw and experienced at Uber, and I can no longer continue as president of the ride-sharing business,” he said.

It’s unclear if Whetstone’s departure was her personal decision or if she was forced out. According to Recode, Whetstone was tired of the drama, but investors have also been complaining about the bad press that Uber receives. In all fairness, the greatest communications expert in the world couldn’t fix all of the damage that the company has inflicted upon itself.

From #deleteUber, to Kalanick screaming at one of his own drivers, to the sorry state of diversity at the company, to mishaps with its self-driving car program, the list of disasters is endless. Oh yeah, there’s also that high-profile lawsuit with Google that’s proving to be one of the shadiest chapters in Uber history.

At this point, it would seem the only reason Uber isn’t losing more of its staff is that other companies don’t want to hire them out of fear that they’re unbearable arseholes. For Whetstone’s replacement, the startup has decided to promote from within and former communications deputy Jill Hazelbaker will take over. If the company decides to look outside its own ranks in the future, we hear that Sean Spicer might be on the job market soon.