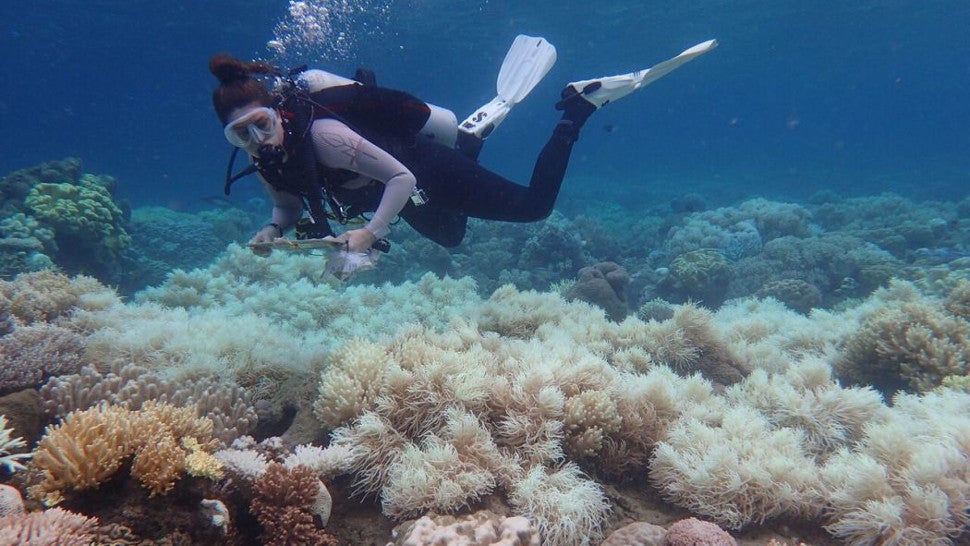 For the second time in 12 months, Australia’s Great Barrier Reef has experienced a severe coral bleaching event. A recent investigation shows that two-thirds of the reef is now a sickly white hue, and it isn’t immediately clear if the iconic ecosystem will ever bounce back to its former glory.

“It takes at least a decade for a full recovery of even the fastest growing corals, so mass bleaching events 12 months apart offers zero prospect of recovery for reefs that were damaged in 2016.”

We had a feeling this news was coming, but now it’s official. Scientists Terry Hughes and James Kerry with the ARC Centre of Excellence for Coral Reef Studies recently completed under water and aerial scans of 800 coral sections along 1500km of the Great Barrier Reef, finding that the middle third of the reef has been ravaged by an intense coral bleaching event. Last year, the northern third underwent bleaching, so that’s two back-to-back bleaching events, which scientists have never seen happen before. Prior to the latest two episodes, severe bleaching events on the Great Barrier Reef were observed in 1998 and 2002.

“The bleaching is caused by record-breaking temperatures driven by global warming,” said Hughes in a statement. “This year, 2017, we are seeing mass bleaching, even without the assistance of El Niño conditions.” 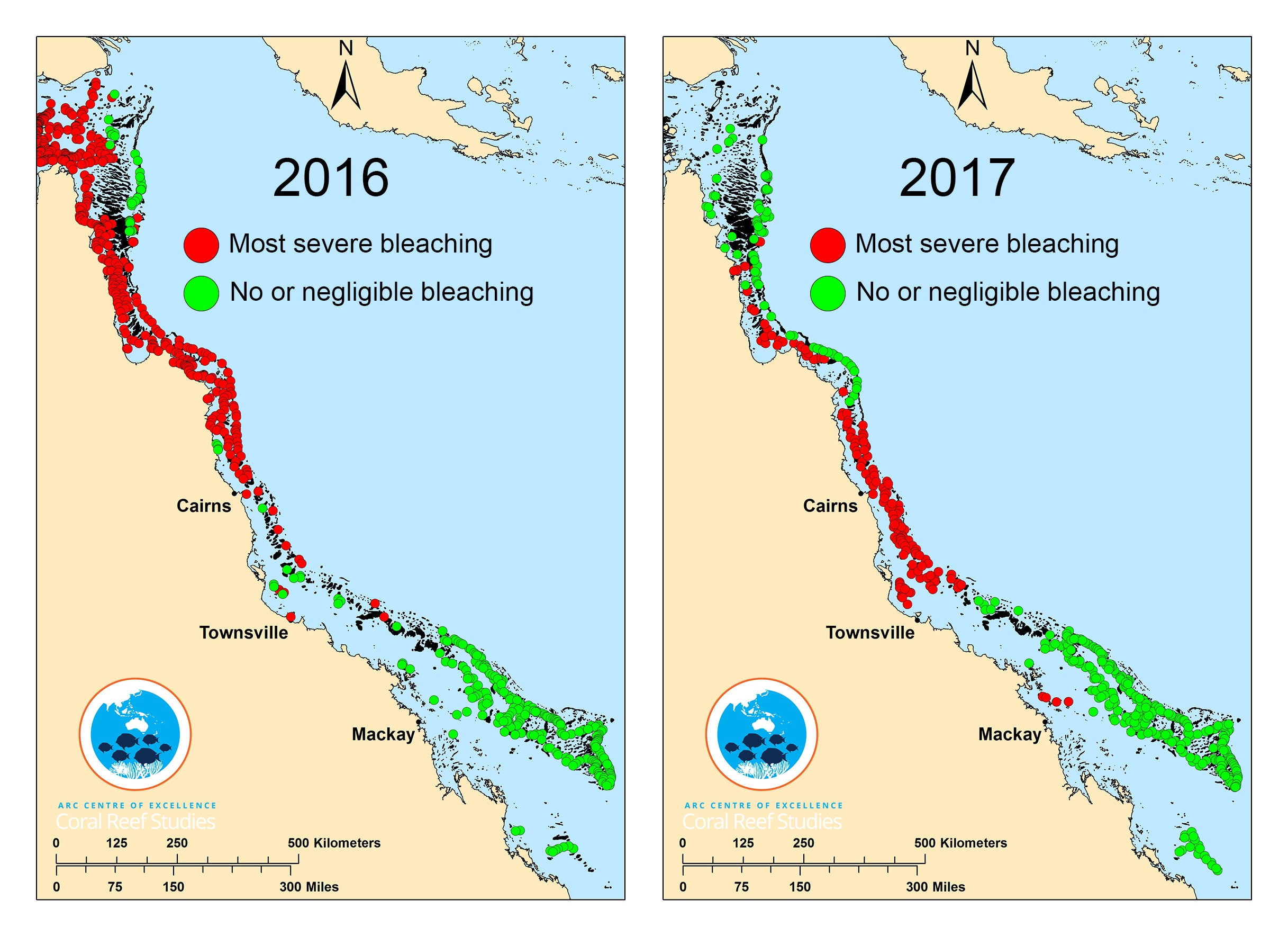 Corals have a symbiotic relationship with algae (zooxanthellae). These algae are the coral’s primary source of food, and they give the coral their vibrant colour. But when the temperature of the water is too high, or if the water is polluted, the corals become stressed, causing them to discharge their algae. The corals, which turn white, aren’t completely dead at this point, but they’re weakened and susceptible to disease. Should favourable conditions return, corals can bounce back, but it takes time. 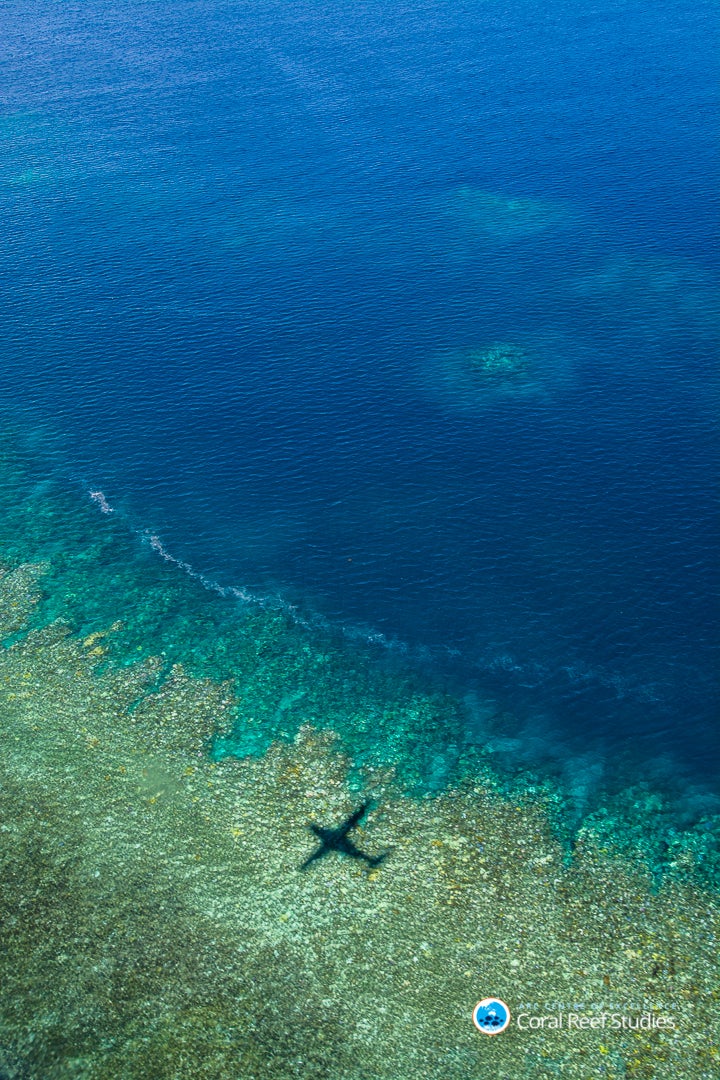 “It takes at least a decade for a full recovery of even the fastest growing corals, so mass bleaching events 12 months apart offers zero prospect of recovery for reefs that were damaged in 2016,” said Kerry.

Adding insult to injury, Tropical Cyclone Debbie smashed into a corridor of the GBR late last month, damaging a path up to 100km in width.

“Clearly the reef is struggling with multiple impacts,” explained Hughes. “Without a doubt the most pressing of these is global warming. As temperatures continue to rise the corals will experience more and more of these events: 1°C of warming so far has already caused four events in the past 19 years. Ultimately, we need to cut carbon emissions, and the window to do so is rapidly closing.” 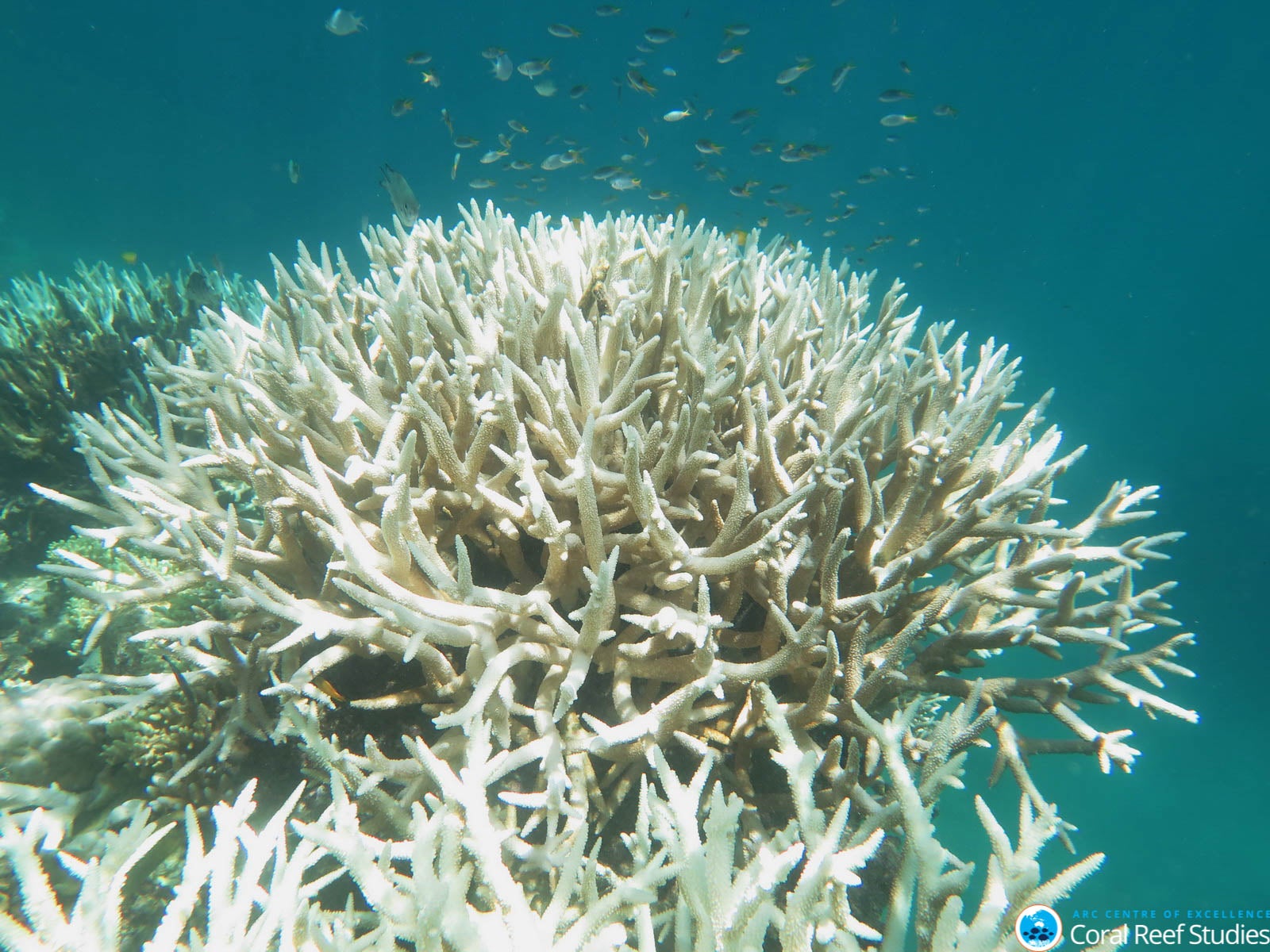 Given that two-thirds of the GBR is now bleached, there’s concern for the remaining southern portion. Should the entire reef undergo bleaching, it could lead to a terminal event in which the reef may never bounce back; recovery can only happen when neighbouring sections of reef are in physical contact with each other.