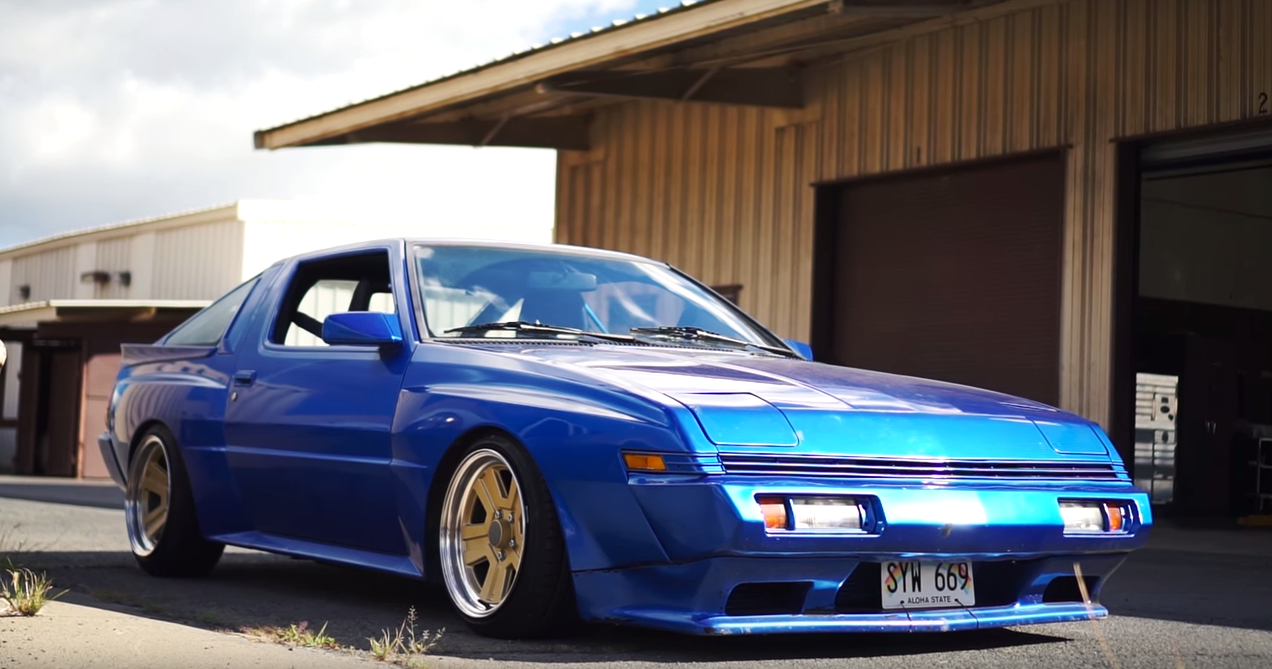 Wekfest is a car show that started a decade ago in San Francisco and quickly spread to places like Japan, Chicago and Hawaii. When tuner Noel Panganiban got an invite to the latter, he knew he had to do it. But what car to build and bring? He weighed his options and decided on his Chrysler Conquest, the twin sister of our beloved Mitsubishi Starion, but had only had a little over two months to do the build.

What follows is a video build thread on his YouTube channel that’s quite a bit of fun to watch, and a great way to kill some time today if you need it. (He has some other cool shit on his channel too, like this profile on the sublimely interesting Toyota Starlet, which was kind of like a Golf but rear-wheel drive.)

The Conquest — which wore Dodge, Plymouth and Chrysler badges throughout its run in the ’80s — is a bit of an unsung import hero. The badges date back to the era of heavy Mitsubishi-Chrysler teamups, but the car was built in Japan and is identical to its twin the Starion, a turbocharged rear-wheel drive sports coupe that may not have had quite as much hype as the Supra or RX-7 but did spawn one of the greatest car ads of all time.

Anyway, Noel only had a couple months to wrench, in addition to needing time to get parts and go to, you know, his actual day job — and on a tight budget too. His goal: make the Conquest truly show-worthy with wheels, suspension, stance, paint touch-ups and more.

Here’s the intro to the project:

The “stance quest”, paint and cleanup:

And the show itself, plus last minute prep:

There’s several more on his channel too. It’s a fun, well-shot video build thread, a worthy tribute to an under-represented car Jalopnik has long admired. Check it out today and spread the StarQuest love wherever you go.

This article originally appeared on Jalopnik.