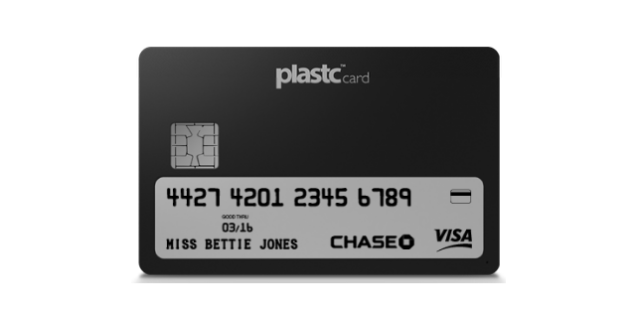 There are dozens of ways to pay for things, but apparently, the world was not ready for one more. Plastc, the company that promised to put all of your credit cards on one chunk of plastic, is officially dead.

Early backers of the startup found out the news after the company sent an email to all of the 80,000 people who pre-ordered the device on Thursday. The company raised more than $US9 million ($12 million) in pre-order sales, according to a Magnify Money blog, when it launched in 2014. Today, the company is filing for bankruptcy and will shut down after failing to deliver its product to a single person.

“We are disappointed and emotionally distraught, and while we know this is extremely disappointing for you, we want our backers to know that we did everything we could to make Plastc Card a reality,” the company said in an emailed statement to its backers that was forwarded to Gizmodo.

The company claims that it was expecting to close a $US3.5 million ($4.6 million) Series A funding round in late February and that it had functioning cards to show its investors. The round of funding was supposedly going to be used in its entirety to produce and ship functioning cards to pre-order customers. The principal investment group postponed, then eventually terminated its round of funding according to the company.

Plastc didn’t give up, according to the email they sent to early backers:

After the initial funding was unavailable, Plastc made progress with another investor who offered $6.75 million [$9 million]. This deal was scheduled to close last week and would propel development across the finish line, as well as allow for Plastc Card pre-orders to be shipped and for production to continue into a retail phase.

However, once again at the very last minute, our investor gave us notice that they have decided rescind their investment offer. The round was a signature away from closing and we were extremely caught off guard when they notified us yesterday they were backing out. Our existing investors kept us alive and functioning as long as they could during this fundraising process, but in the end, we needed new outside capital to get into production.

This isn’t the first company or product of this kind to fail in spectacular fashion. Crowdfunding darling Coin also announced early this year that it was “no longer manufacturing, promoting, or selling any new devices or products”. By late February, the company shut down. Although Coin was able to ship to backers, it stopped covering warranties and supporting any of the devices that were actually delivered.

In the end, these products were usurped by other, newer forms of payment, including apps like Apple Pay, Venmo and more recently Facebook Messenger. Quite frankly, there are way too many ways you can pay for things already. It’s really no surprise that a company dependent on credit cards couldn’t find a reason to make people care about its product.