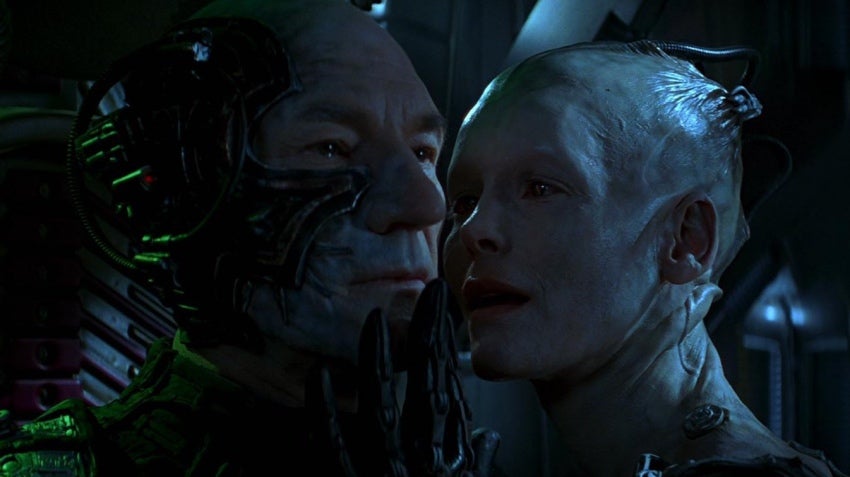 A Star Trek fan in Canada has been forced to turn over his personalised licence plate after people complained its message, ASIMIL8, was insulting to indigenous people.

Manitoba Public Insurance revoked Nick Troller’s personalised licence plate that read ASIMIL8, a nod to the Borg in Star Trek. According to a report in the Toronto Star, Troller had been driving around with it for two years, and it was accompanied by a licence frame that said “We Are the Borg” and “Resistance is Futile.”

Troller said fellow fans liked his licence plate and asked to take pictures with it, and complained that critics were being too sensitive about the issue.

This is one of those situations where neither side is wrong in their arguments. Troller’s ASIMIL8 licence plate was clearly referencing Star Trek, and (most likely) was not designed to offend Canada’s indigenous population. But not everyone knows what the race of the Borg on Star Trek are. And let’s face it: Canada has an unsettling history with its indigenous population — including the Sagkeeng First Nation, which is in the Manitoba area.

Post-Confederation Canadian aboriginal policy existed until the mid 20th century for the purpose of assimilating indigenous people into Euro-Canadian life. There were forced-assimilation boarding schools, and legislation, like the Indian Act, was designed to erase indigenous culture.

There are strong efforts in the First Nations to recover their voice and heritage, but it’s been a long battle rampant with racism and discrimination. For example, just this week, two teenage girls were arrested for the Facebook-posted death of Serena McKay, one of about 1200 aboriginal girls who’ve died or gone missing since 1980, with very little investigation.

“For basically the entirety of this country’s history, indigenous peoples have been forcibly assimilated through really extremely destructive means and ways,” Ry Moran, from the National Centre for Truth and Reconciliation, said.

MPI’s policy says “plates cannot contain a slogan that could be considered offensive,” and it’s investigating why Troller’s personalised plate was approved in the first place. Since licence plates are the property of the Crown, there is no appeal process. MPI offered him a new plate or a $US100 ($134) refund.