It’s been almost two years since Google liquefied our brains with its Deep Dream neural network and the nightmare-inducing images the technology created. But now, a team from the University of California, Berkeley is sort of doing the opposite — emphasis on “sort of”.

The Berkeley team built a new type of deep learning software, dubbed CycleGAN, that can convert impressionist paintings into photorealistic images. With a few tweaks, the tool can also turn horses into zebras, apples into oranges, and winter into summer. Why would you ever want to do these kinds of tricks? Who knows. At the very least, CycleGAN is an interesting proof of concept. 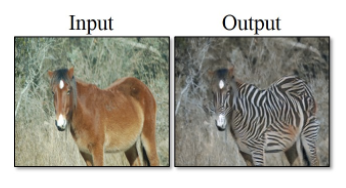 Like other deep learning techniques, the Berkeley software works by drawing relationships between two sets of common images. The primary example that the researchers discuss in their paper about the software deals with Monet paintings and landscape photography. The researchers trained CycleGAN with a set of the master impressionist’s paintings as well as a random batch of landscape photos pulled from Flickr, and then applied algorithms to mimic the style in either direction. The end result looks something like a photo of the landscapes Monet painted, even though we’ve never seen a photo of that exact landscape. Likewise, the software can take a random landscape photo and make it look like a Monet painting

The Berkeley researchers also applied the CycleGAN software to other artists’ work, including Cezanne, van Gogh and Renoir. In the examples included in the paper, however, they converted photographs into painting-like images:

Perhaps obviously, the effect also works with stills from movies, including the popular and seemingly pointless live-action remake of Disney’s Beauty and the Beast. Here’s Belle and Gaston in the style of Renoir: 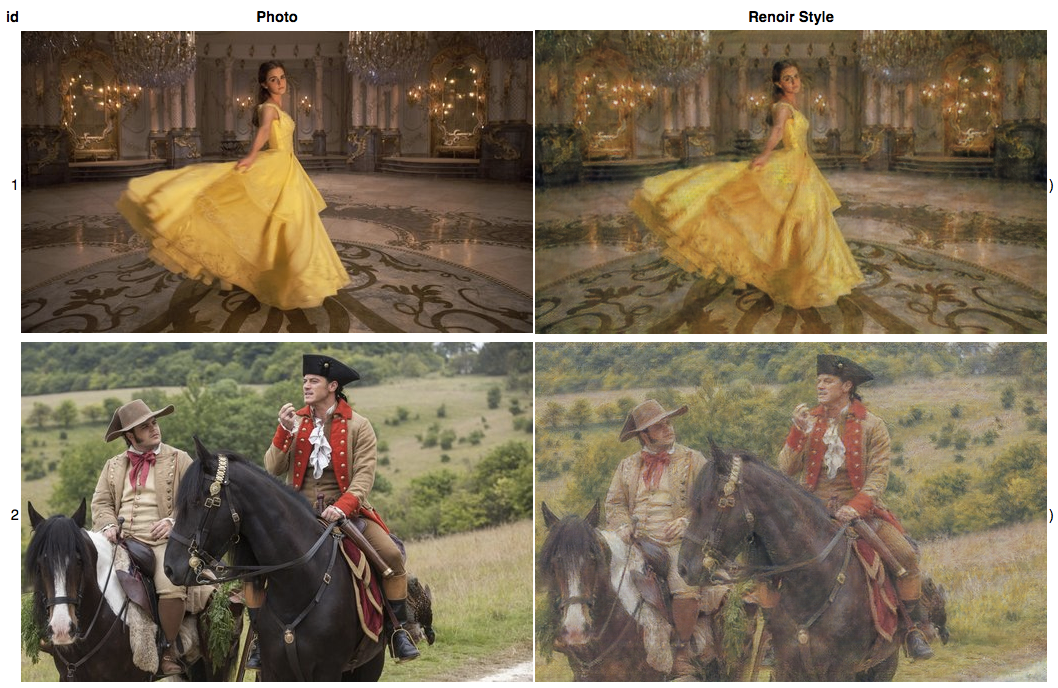 You’re probably thinking that this is just some kind of advanced Photoshop filter, and you wouldn’t be completely wrong. Adobe is constantly developing new technology to make your images look wild, like the “Deep Photo Style transfer” technique the company built with Cornell researchers and showed off a few days ago. That software enabled researchers to transfer attributes from one photo to another, and quite frankly, it looks pretty damn impressive:

This is all a very roundabout way of saying that the future of truth is doomed, since even a photograph can become a lie with a few keystrokes. You can even install the new Berkeley software yourself since the researchers put the code on Github. Just bear in mind it doesn’t work perfectly all the time. Just look at these failures: