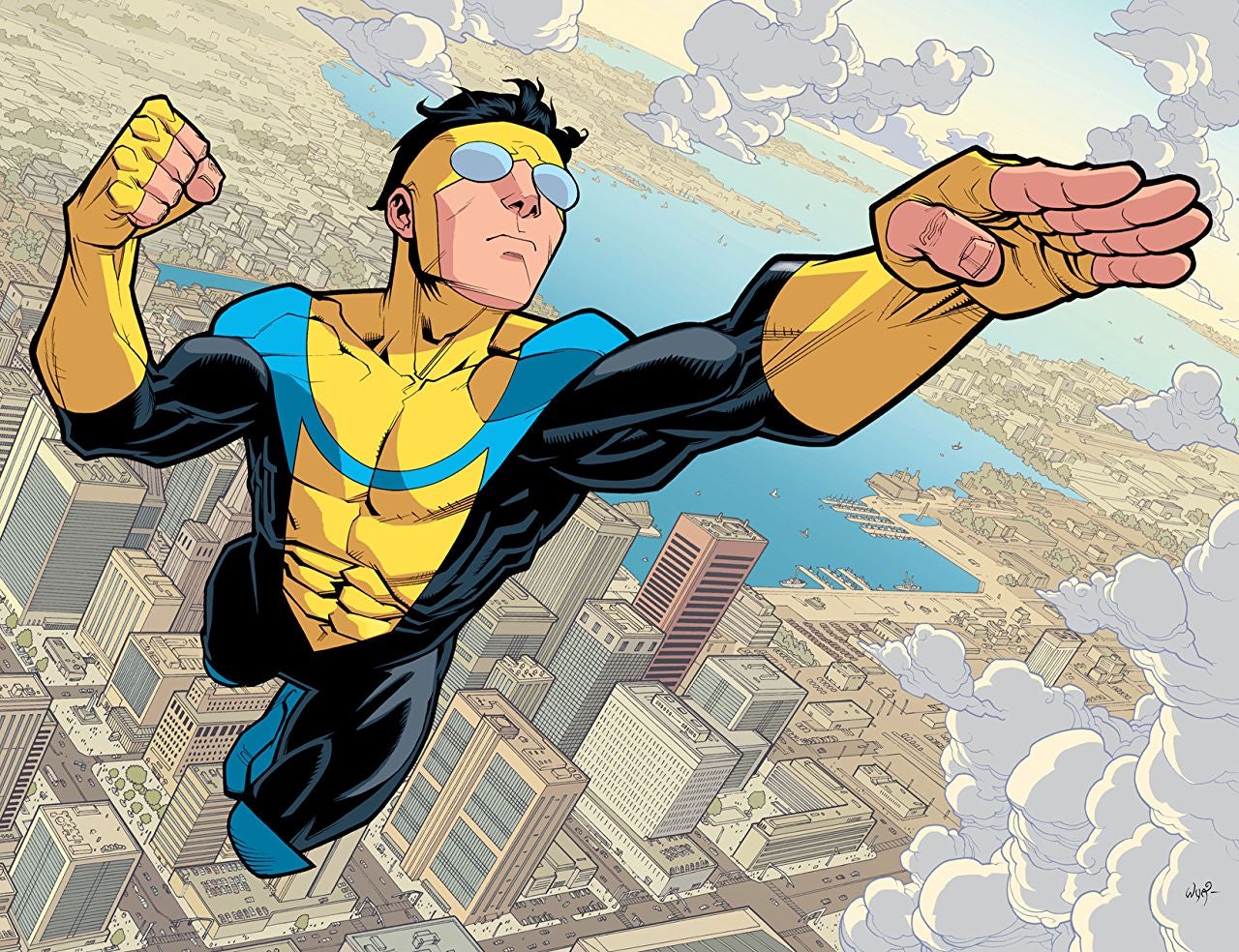 Robert Kirkman created The Walking Dead. Seth Rogen and Evan Goldberg finally got a Preacher adaptation made. Now, Rogen and Goldberg will be turning Kirkman’s long-running superhero series into a major motion picture for Universal.

News of the deal comes via The Hollywood Reporter, in a piece that quotes Kirkman:

For nearly a decade I’ve had to endure the ‘what about Invincible?’ question as fans have watched The Walking Dead grow into the multi-media monstrosity it has become over the years. The answer was always that we were waiting for the right team to partner with. That team has arrived! The esteemed misters Goldberg and Rogen have proven themselves to be top-notch directors with a keen collective eye for stunning visuals after slumming it by writing hit after juggernaut hit.

Invincible’s surprising, edgy, shocking, and oftentimes blood-soaked story couldn’t be in more capable hands. With the team of Rogen, Goldberg and Universal, I’m very confident this will be another superhero movie, in a long line of superhero movies that continues to prove that it’s a viable, thrilling genre that will keep people coming to the cinema for years to come.

Debuting in 2003, Invincible stars Mark Grayson, a teenager who learns that his dad is the world’s most powerful superhero and that he too has incredible abilities of his own. For much of its run, it’s been an homage to 1970s/1980s-style approach to metahuman drama with updated execution. The comic-book series is scheduled to end this year, with issue #144.