Mexican Church Pairs Jesus And The Avengers For Easter 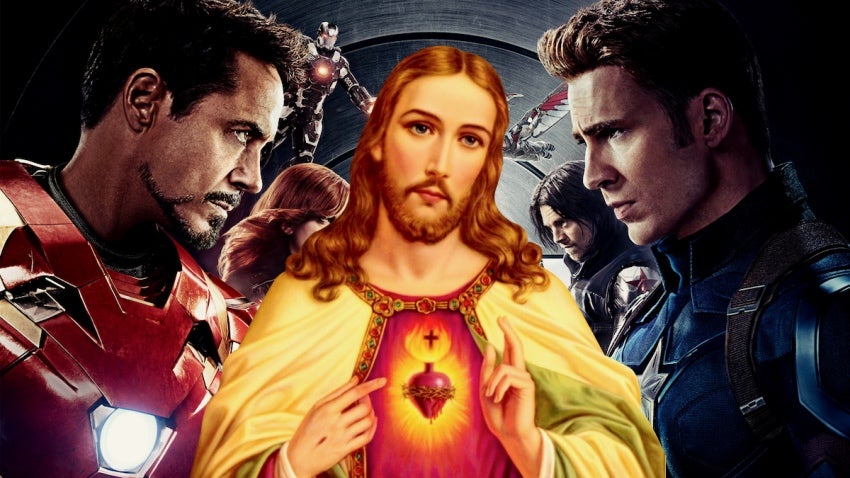 A church in Mexico is promoting some of its upcoming Easter celebrations with a bit of flair: putting Jesus Christ side-by-side with Iron Man and Captain America. Wait, does this make Jesus an honorary Avenger? 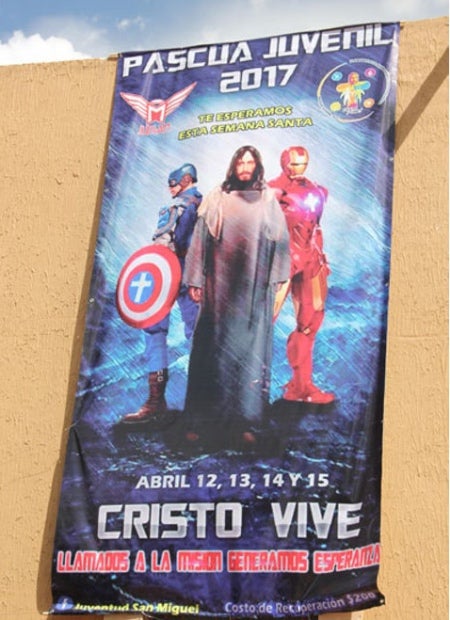 A photo from a Mexican Catholic church has been circulating on Imgur and Reddit. The banner invites people to attend church during the Holy Week of Easter, possibly with the Avengers in attendance. The title “Pascua Juvinil” and tagline “Llamados a la misión generamos esperanza” (roughly translated to “calls to the mission will generate hope”) are the same as a Facebook group for Youth Easter National, presumably a youth-focused event for Easter. As of now, I’ve been unable to find more information on this church or these youth-focused Easter celebrations, so if anyone has any more information, please send it my way.

It’d be interesting to see how the actual Avengers would respond to being put on a team with Jesus Christ of Nazareth (Marvel trademarking aside, which this poster most likely violates). After all, superheroes are considered modern mythological figures, so it’s not a completely weird pairing. Jesus has even been a character in the Marvel comics, albeit vaguely. A thinly veiled version of the figure, called “The Friend,” helped Johnny Blaze against Satan in Ghost Rider. In the comics, Steve Rogers is considered Protestant, and he mentioned believing in “one God” in The Avengers, even though he knows Thor and Loki are gods in their own right. Tony Stark’s religious background is more ambiguous, with most believing he’s an atheist.

Even if Steve Rogers is a Protestant, I don’t think he’d take too kindly to having the star on his shield turned into a cross. Tony Stark probably wouldn’t mind his reactor’s conversion, though — after all, the guy can turn water into wine.