How Nerf Builds Its Blasters And Darts To Outperform The Imitators

Nerf has a long history of innovating — making generation after generation of blasters that blasts further, more accurately, feel sturdier, and pack in more darts. That takes a lot more effort behind the scenes than you’d think. Here’s why you get what you pay for.

Welcome to Gizmodo’s Nerf Week! We’re celebrating everything Nerf, from innovation, to history to the awesome blasters you can get right now. It’s time to lock and load. 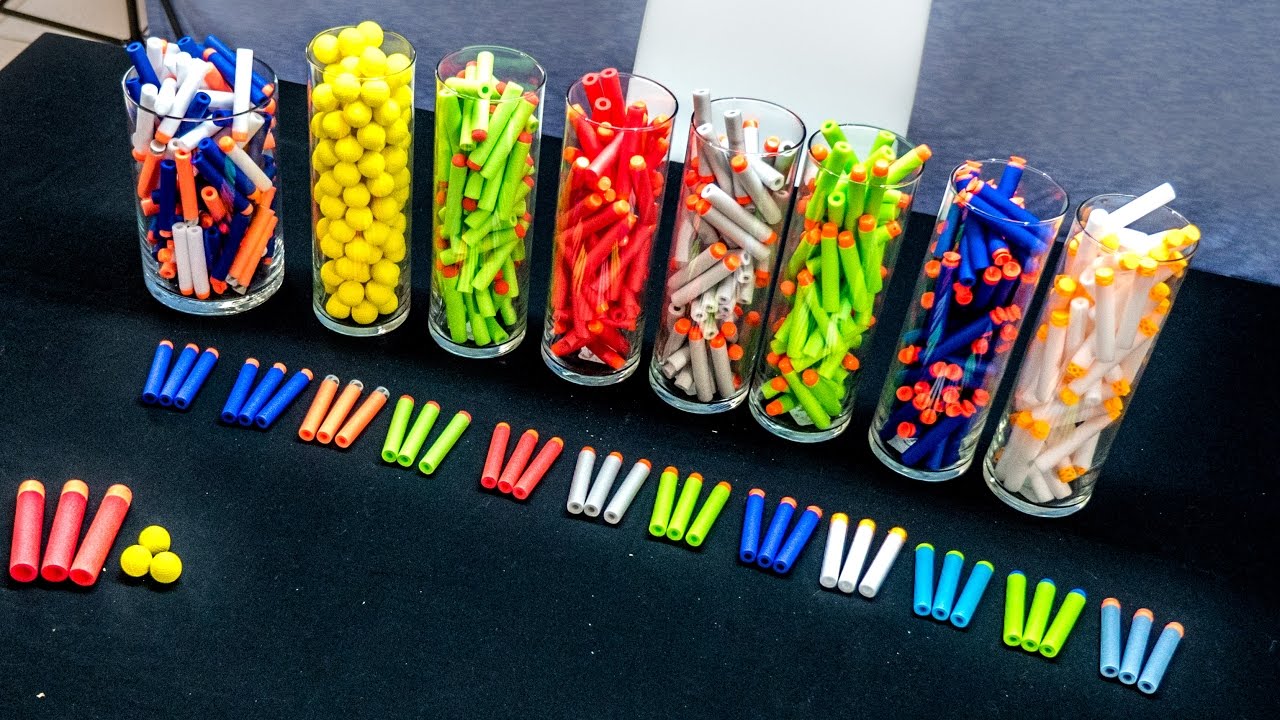 Nerf’s foam, for example, goes through a huge and stringent range of tests to not only ensure that its darts are safe, but that they perform accurately and reliably over and over again. When you’re blasting them and re-using them over and over, it makes a more expensive dart better value for money.

But even the dart design has a huge impact on the quality of the result that you get when you load up your blaster and take aim at an object. The latest iteration of research has come up with the Accustrike.

Development took two years and over 3000 darts fired under controlled conditions, comparing the precision and repeatability of darts. Altering the airflow around darts and their weight distribution allowed Nerf to optimise them to blast further and with a more reliable course. The end result, after 16 different tip designs were tested, is a dart that’s a full 50 per cent more accurate than existing Elite darts.

You can learn more about Accustrike testing here. That Nerf foam innovation has taken years to refine, too. In the early years of Nerf, the company spun its foam balls on a mould and cut them to shape with hot wire, but newer Nerf football toys are injection moulded — that’s what gives them the harder coating that’s easier to wash and take care of. The foam in its darts has gone through the same improvement over time.
[clear]

A big innovation for Nerf in recent years has been its motorised blasters. Inside a battery-powered Nerf blaster, there’s no plunger and compressed air burst to propel the dart out. Instead, two rapidly spinning flywheels pull a foam dart through their shared centre channel and fling it down the barrel, accelerating it rapidly over a short distance. It’s the same concept that automatic baseball pitching or tennis serving machines use.

Even in a pump-action or bolt-action unpowered Nerf blaster, though, it takes serious engineering to make a toy that fires right first time, every time. It’s mostly engineering tolerances — getting the air gaps between components just right — that has allowed Nerf to make its blasters shoot further and further.

It’s a difficult task to make something that flings a dart a long distance, but it’s more difficult to make that happen thousand of times without failure or loss of power. Nerf doesn’t condone modification of its blasters not only because they’re built to comply with strict safety standards for kids and adults to play with, but because modifying the internals of a blaster also compromises its long-term reliability and may eventually destroy it.