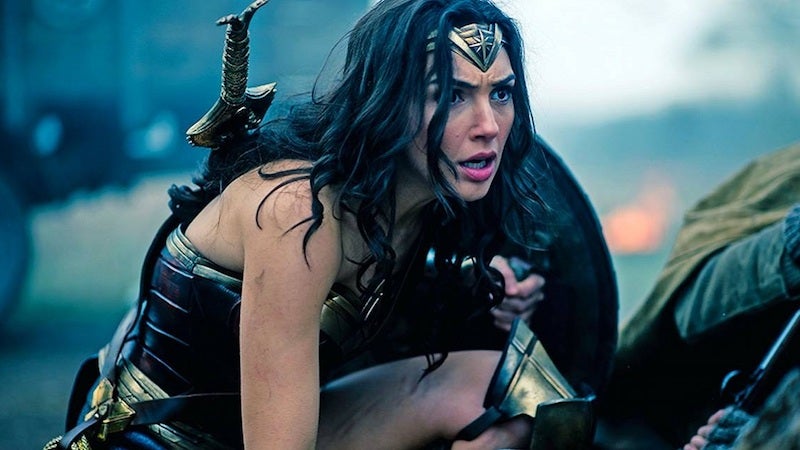 When you see Gal Gadot kicking arse (again) as Wonder Woman later this winter, you should try to remember there’s a pretty good chance that you’re seeing the actress doing her crazy stunts five months pregnant.

Last November, Gadot showed up on set near London in her Wonder Woman costume prepared to do a number of reshoots necessary for the film, standard movie-making procedure. In an interview with Entertainment Weekly, Gadot described how the entire process was relatively easy when it came to close-up shots involving her face… but anything else was more difficult, as her pregnancy was a visually obvious and impossible to hide behind a shield.

Since she had to wear Wonder Woman’s armour for the reshoots, the solution was this: They cut out the stomach of the armour, and put green fabric over Gadot’s stomach so that her baby bump could be edited out in post.

To recap: Gal Gadot fought as Wonder Woman while pregnant and Serena Williams won the Grand Slam also while pregnant. The rest of us have basically no excuse at this point.