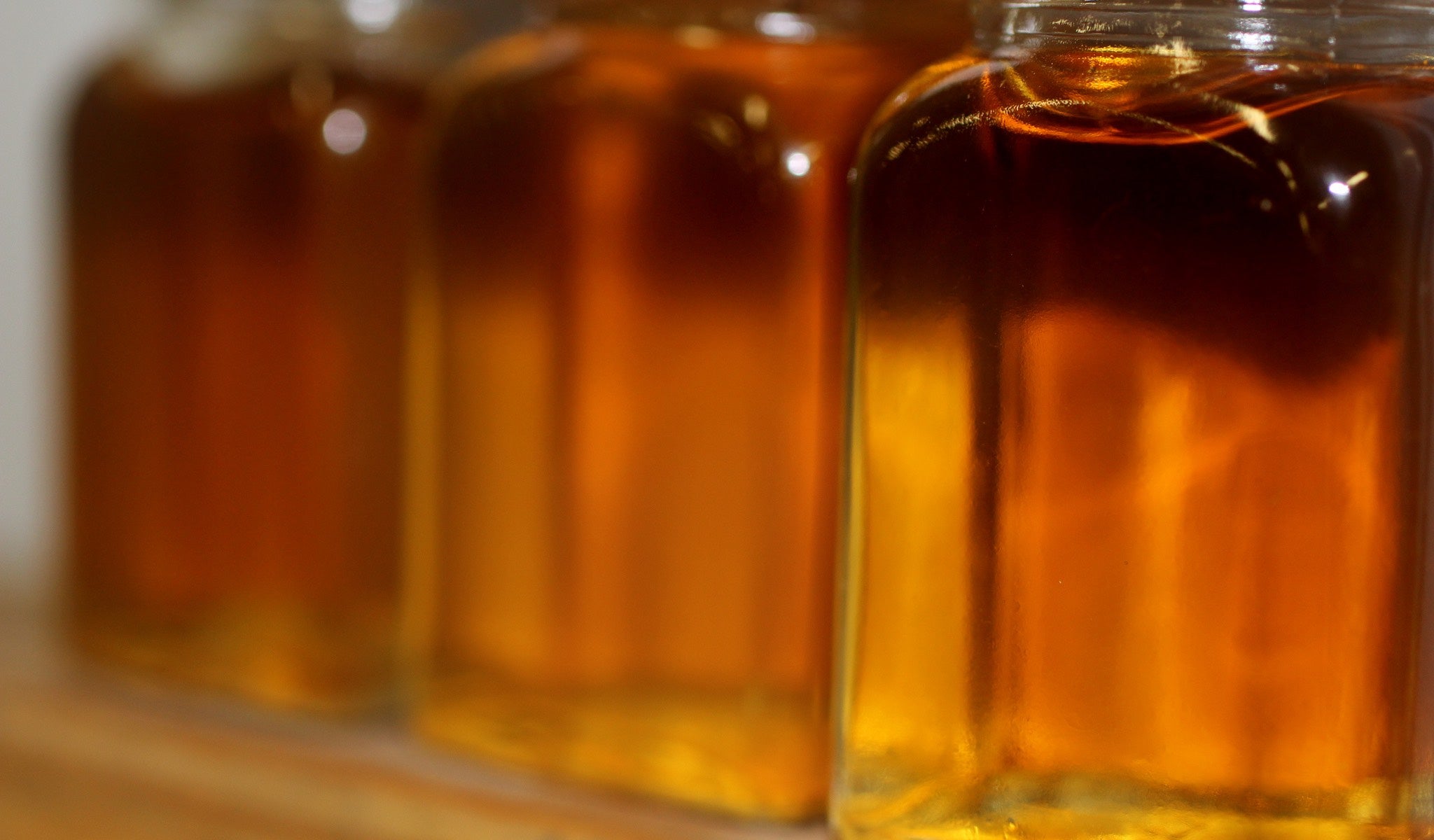 April Fools is over so you can believe me when I say: Scientists are trying to see if maple syrup can be used to help fight antibiotic resistance. Sweet.

Around 700,000 people die per year due to bacterial diseases resistant to antibiotics. Partially inspired by folk medicine, scientists decided to tackle the problem by using a healthy chemical found in maple syrup. These so-called phenols significantly increased the effectiveness of some of the most common antibiotics.

Maple syrup is sugar and nutrient-laced tree blood. The tasty stuff in the pancake juice is the sugars, but there are plenty of other molecules in there, like the much-hyped phenols, which are antioxidants your wine-drinking friend might spend a lot of time talking about.

The Canadian scientists extracted phenols out of commercial maple syrup, mixed them with antibiotics, and went on a fly and bacteria-killing spree. They fed flies pathogen-and antibiotic-laced food, with and without the phenols. The phenols, especially one called catechol, turbocharged the popular ciprofloxacin and carbenicillin antibiotics by helping them enter the bacteria cell more easily. The phenol-fed flies lived for a few days longer than the phenol-free ones. The researchers will try mice next, according to an American Chemical Society press release.

The team presented its research yesterday at the 253rd American Chemical Society National Meeting and Exposition in San Francisco, alongside an entire day of maple syrup-related research, including papers on maple syrup reducing chronic inflammation and neurodegeneration, and its effects on obesity and the bacteria in the gut.

(It’s worth noting that some of the papers presented yesterday received funding Federation of Quebec Maple Syrup Producers and Maple Products from Quebec, as did the session’s organiser. They are a maple syrup industry-devoted special interest group in charge of producing around three quarters of the world’s maple syrup, which means that they probably want you to like maple syrup. The Federation did not fund this research in particular, however. I’ve reached out to the presenters for comment.)

Don’t get too excited yet about this research yet. The research was done on flies and no one is as interested in how a medicine works in flies — in the end, it only matters if and how the technique might work on people and other important animals.

That being said, there are a lot of reasons to be excited about this research. If scientists could find a way to turbocharge antibiotics like this, we might have to use a lot less of it. That might also prevent the medicines from killing non-bacterial cells, too. The researchers also thought the phenol kick could help kill bacteria before they had time to evolve into resistant superbugs.