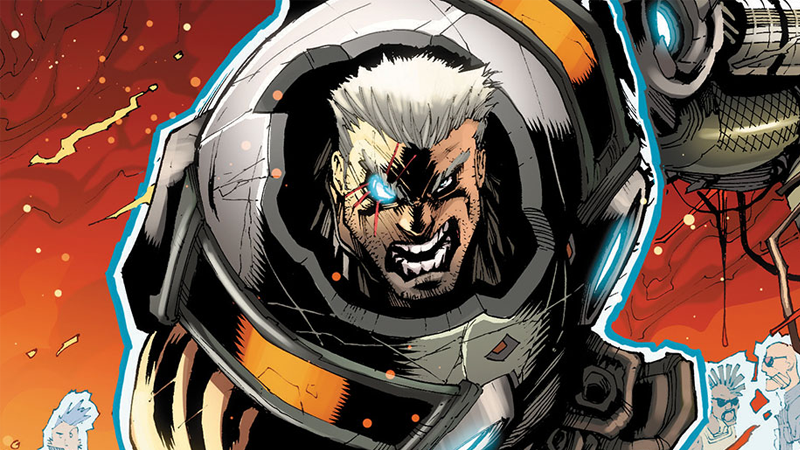 Over the last year, we’ve been drowning in rumour after rumour about just who will play time-travelling mutant Cable in Deadpool 2. We’ve had so many at this point, with no end in sight, we decided to do the only thing we could: scientifically rank all of the rumoured candidates, in order of likeliness, desire, and Cable-iness.

Gibson is one of several names Deadpool himself tauntingly mentioned as candidates at the end of Deadpool, and this is actually the closest he has ever come to being linked to the role of Cable. He might look the part — which is presumably why he’s included in Deadpool’s fourth-wall-breaking japes — but considering he’s apparently being courted for Suicide Squad 2‘s director vacancy, he’s likely too busy to take on the role. Oh, and there’s also the part where he’s an openly vile person, so that’s probably for the best.

Ah, the more simple times, when Kyle Chandler was the only rumoured candidate for Cable. How we long for them so. While it seems like Chandler actually got pretty dang close to joining the film, ultimately we now know for sure he’s not going to be the final choice; allegedly, arguments over his casting with Ryan Reynolds are what led Deadpool director Tim Miller to quit the sequel. So it seems likely that with Miller no longer part of the project, Chandler’s chances have gone up in smoke too.

Pitt’s name on this list might be the most surprising of all. But while we can almost definitely rule him out at this point, the real surprise is that it seems like he was very close to being offered the role. Late last week, concept art from the movie hit Reddit that actually featured Pitt’s likeness as the character, indicating that even if Pitt had not been actually been offered or considered for the role at some point — the concept art could’ve just been speculative — he was the sort of actor Deadpool 2 was looking at for Cable.

One of the first actors to throw his hat into the ring for the role in the wake of the first movie, Lang certainly looks the part. But since he was pretty much the sole source of the “Stephen Lang for Cable” rumours, it seems like he was more just trying to create buzz for himself among fans rather than actually being in the running.

Likewise for Dolph Lundgren, who idly suggested to Nerdist last year that, sure, yeah, he’d like to play Cable:

Isn’t there a character named Cable that’s coming? Like, he’s a big guy…Well, I guess I could kick some butt doing that I suppose. We’ll see.

At least Lundgren certainly fits into the very specific demands of being “a big guy” who “could kick some butt” for the role. But once again, this one’s more of a suggestion than an actually solid rumour.

Thank god for social media, otherwise we wouldn’t have half as many silly rumours about comic book superhero movie casting. Once again, Crowe’s another actor who’s made a name for himself in big, gruff action roles that would be perfect for Cable — but the only real connection he’s had to the role is a decidedly awkward conversation between himself and eager Deadpool creator Rob Liefield on Twitter about the actor auditioning for the role:

@russellcrowe you should read for #Cable in Deadpool and X-Force. Just sayin…

Considering how it went in the end, it’s probably not likely Crowe’s up for it.

A recent addition to the mix, Stranger Things‘ Chief Hopper is definitely on the younger end of the spectrum out of the people rumoured for the role — but that might work out if Cable’s role in Deadpool 2 ends up being a physically intensive one. Plus, he needs something to do while we all twiddle our thumbs waiting for season two to hit Netflix, right?

Pierce Brosnan wins my personal award for favourite Deadpool 2 casting rumour, because it literally just started with a picture of him being sighted in the vicinity of both Ryan Reynolds and Hugh Jackman, as if somehow the presence of not one but two different lead actors in Fox-produced Marvel movies added a sense of validity to proceedings.

Weirdly enough, the rumour actually even went further beyond that, with director David Leitch hinting to reporters that Brosnan was actually in the running for the role. Presumably, he at least has the coveted Ryan Reynolds/Hugh Jackman seal of approval.

The hot new favourite, thanks to a flurry of rumours last week claiming Shannon was the latest forerunner for the role. He’s certainly got the chops — and, perhaps more importantly, the jawline — for a character like Cable, but considering there’s already been counter-rumours that Shannon has since passed on the role, it seems unlikely he really is going to end up in the movie.

Plus, considering his pretty openly blasé reaction to his time as General Zod on Man of Steel and Batman v Superman, would Shannon really be up for another big role in a superhero movie so soon?

Another actor whose sole connection to the role is a shoutout in the first movie, Knightley would certain be the most out-there choice for the role. Sadly, she’s very unlikely to be considered given all the names of muscled, older men that have actually been floated around. But still, could you imagine the reaction if she was cast? That would almost be as enjoyably insane as her performance in the role.

2) Literally Anyone at This Point, Who Knows

Seriously. There have been so many names flung around for this role — I can’t think of the last comic book movie role that had this much varied, flagrant speculation over it and so many names attached — that the real, most likely candidate that will be announced could quite literally be any actor around right now. Hell, it could be me. It could be you. We’re all perpetually, simultaneously, anticipating a call from Fox any day now.

But we do have one more suggestion, nonetheless…

OK, so Jon Hamm is not ranked number one here because of a wealth of evidence. He’s not been rumoured for the role, not even once. The closest thing we have is from the Cable-Fan-in-Chief himself, creator Rob Liefield, who shared this mockup of the actor last year and we still can’t stop thinking about how good it would be:

Somewhere out there in the multiverse, there’s a really good parallel Earth getting ready to see a Deadpool 2 starring Ryan Reynolds and Jon Hamm. Unfortunately, it’s not this Earth.