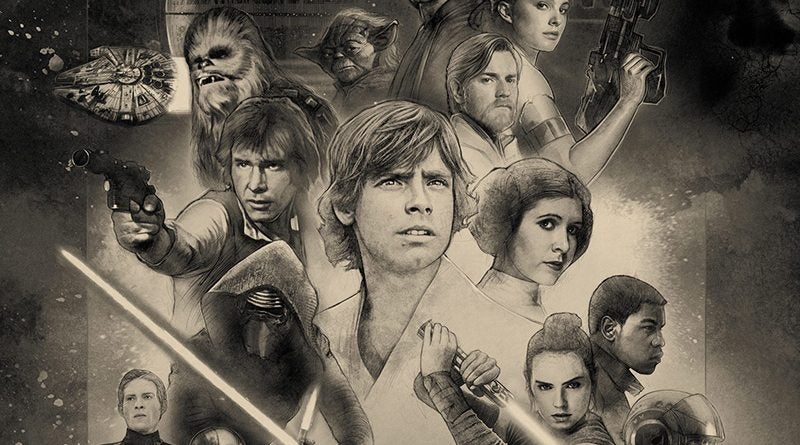 Tomorrow, the biggest Star Wars party in the galaxy blasts off. It’s Star Wars Celebration Orlando, the franchise’s last official con until 2019, and it’s expected to focus heavily on 2017 being the 40th anniversary of the first film, as well as the new film, The Last Jedi. This means we’re heading into Celebration with some major questions about the future of Star Wars.

Obviously, there’s only a limited amount of information that’s going to be revealed about The Last Jedi — we’re not going to learn what Luke’s deal is, who Rey’s parents are, or anything like that. However, part of the fun of a new Star Wars movie is seeing the new planets, meeting the new characters, and learning about how the old characters have been updated, including how they will look. How have they changed? Who are new actors like Benicio Del Toro and Laura Dern playing? Where will they go? OK, that’s three questions, but basically, we just want to learn something concrete about The Last Jedi.

The posters for the Star Wars Special Editions. Image: Fox

2) Do the 40th anniversary plans finally include the release of the original Original Trilogy?

There’s a reason those rumours that Disney will release the pre-Special Edition original Star Wars trilogy on DVD and Blu-ray have circulated ever since it bought the franchise — because so many people want them so bad. Is there a better time to make that long-awaited announcement than the 40th anniversary of A New Hope? Maybe even a theatrical re-release, then Blu-ray? It would be a long shot, but also a nice way to mark the milestone. 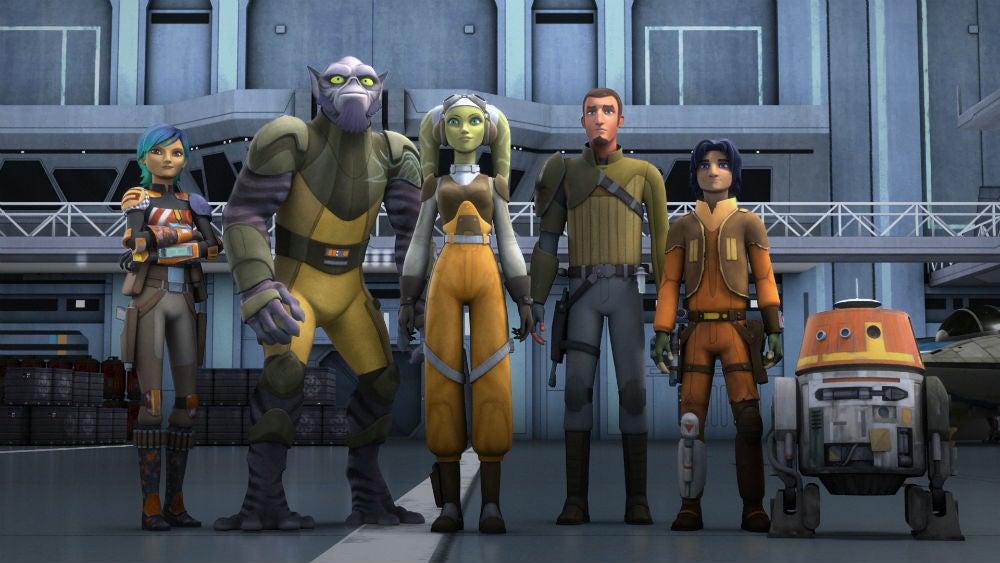 3) Will next season of Star Wars Rebels be the last?

Though the third season of Rebels just ended, the team behind the Disney XD show is hard at work on season four, and Celebration will certainly grant fans their first look at it. We hear it’s a Thrawn-heavy season, but there are also rumours this will be the last season. We know the show eventually has to catch up with Rogue One, but will it go beyond that? 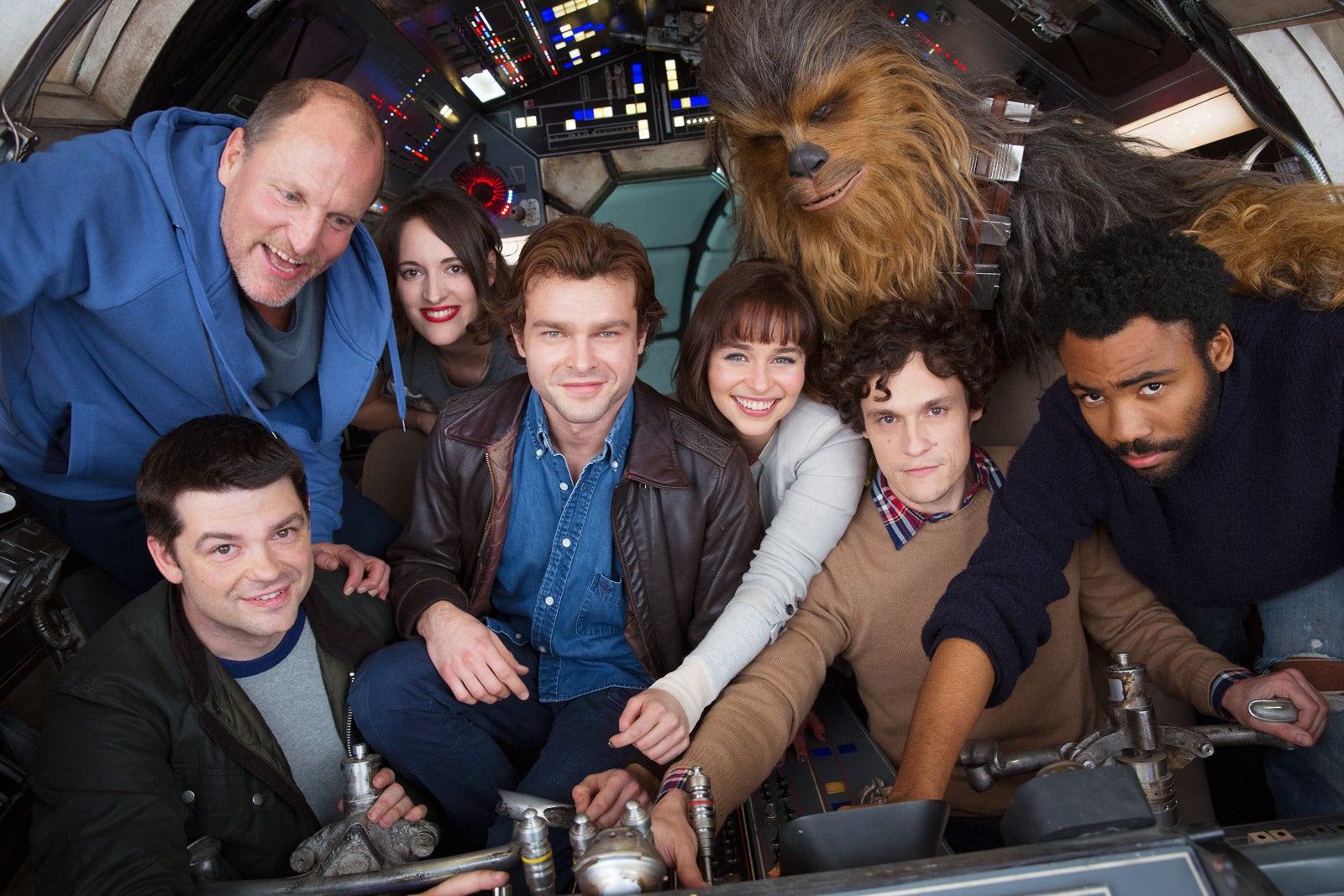 The cast and crew of the Han Solo movie. Image: Disney

4) Will we learn anything about the Han Solo movie?

There’s no Star Wars Celebration next year. Why? Well, 2018’s Star Wars film, the Han Solo movie, opens in May, so close to convention season that there’s no point in holding a Celebration to promote it. And the film after that, Episode IX, isn’t coming until December of 2019, much too far off to bother promoting either. That means this is the only Star Wars con that can give us information about Phil Lord and Chris Miller’s side story, so hopefully we’ll get some news about the early adventures of the galaxy’s greatest scoundrel. Unfortunately, unlike past years, there is not a “Future Filmmakers” panel, where the info would normally be announced. Could we get a glimpse of Alden Ehrenreich in costume at the 40th anniversary panel? Maybe at least find out the film’s official title?

5) What is the future of Star Wars beyond Episode IX?

This is always a big question. Lucasfilm has announced films up to 2019’s Episode IX; beyond that, we know nothing except that more films are happening. With this Celebration focused on the anniversary and The Last Jedi, odds are this information will remain a mystery. Still, it would be a pleasant surprise to hear about the 2020 Star Wars side story movie… or whatever will happen next. 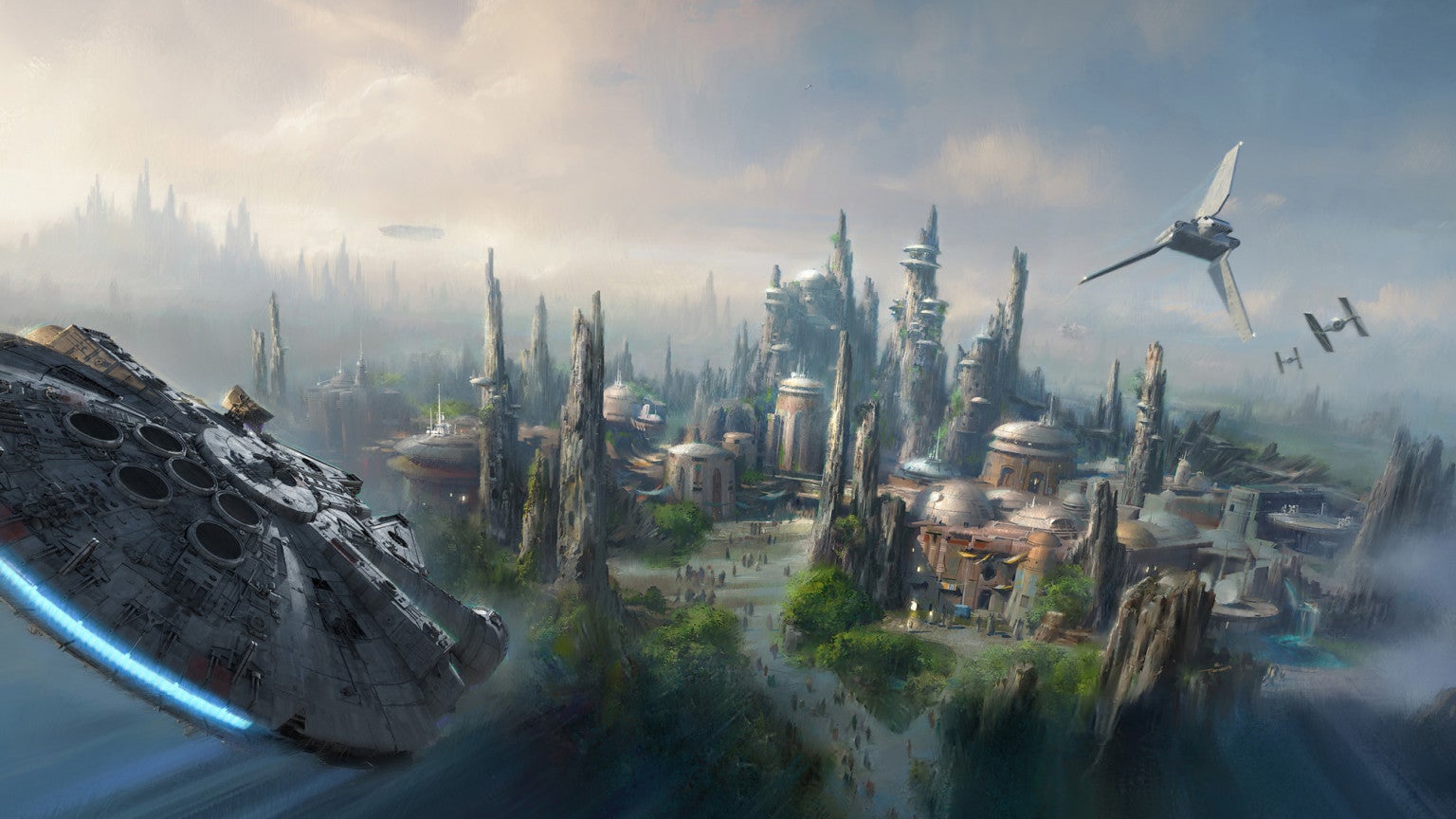 Disney has its own convention, the D23 Expo, in July, and that’s a more likely place to get some major updates on the 2019 Star Wars parks currently under construction in Orlando and Anaheim. But Celebration does have its own Disney Parks panel, so maybe we’ll get some new updates on what we can expect to see when we enter them.

We might get the answer: Star Wars and Disney Parks: A Galaxy in the Making panel on April 15, 4:30-5:30PM local time

7) Will the Battlefront 2 video game be part of the canon?

Celebration will also mark the debut of the much-anticipated Star Wars Battlefront 2 from DICE and EA, the sequel to the wildly popular 2015 game. We know this sequel will fix the biggest issue fans had with the first game and include a single-player campaign, telling its own story, so that isn’t a question. What we still wonder: Will that story actually be part of the Star Wars canon? This will be the first video game under the Disney regime, which famously announced that everything will be canon — but that would be a major first for Star Wars video games.

We might get the answer: Galaxywide premiere of Star Wars Battlefront II on April 15, 2:30-3:30PM local time

Cassian and K-2 in Rogue One. Image: Disney

8) Will Rogue One characters show up in Rebels?

Like we already said, Star Wars Rebels is on a collision course with the story of Rogue One. We saw the team ship the Ghost and their psychotic droid Chopper in the movie, and Hera gets name-dropped in the film. That could mean characters from Rogue One, like Cassian Andor or K-2SO, will show up on Rebels. It would be pretty awesome to see them in a Rebels season four trailer. 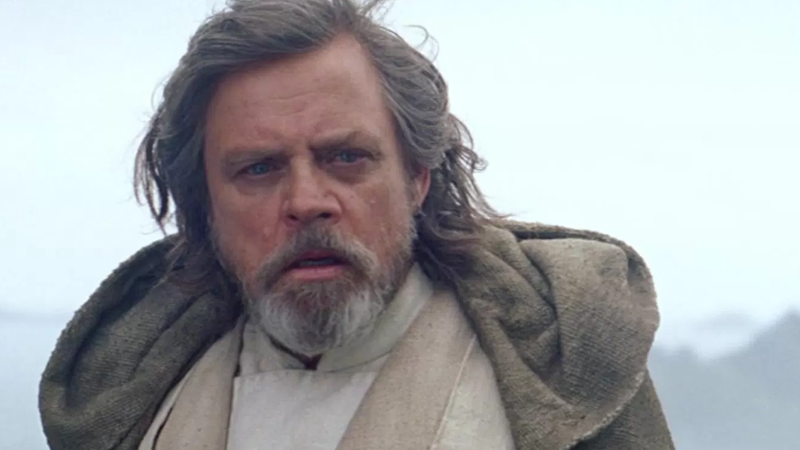 9) Seriously, where the hell is the Force Awakens Luke Skywalker action figure?

It’s been nearly a year and a half since Mark Hamill removed his hood and gazed longingly off-camera at the end of The Force Awakens. So where’s that Luke Skywalker action figure? Sure, there’s been a very expensive version, but we’re talking about something we can just drop 25 bucks on at a local store on. Thanks to our reveal of the new Rey’s Speeder toy yesterday, we know more Force Awakens toys are on the way, but Hasbro would be fools to not at least confirm a new Luke figure at Celebration this year alongside all the news we expect to hear about The Last Jedi. We can’t live in a world where Constable Zuvio has an action figure and Master Skywalker doesn’t. 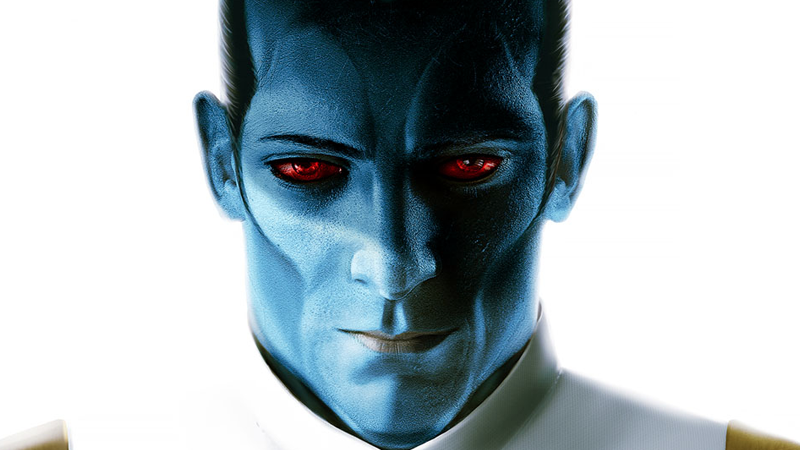 10) What’s next for Star Wars books after Aftermath and Thrawn?

Two of the most anticipated events in Star Wars books are past us now — the conclusion of the Aftermath trilogy, our first window into Disney’s re-imagining of the post-Return of the Jedi canon, and Thrawn, Timothy Zahn’s brand-new novel about our writer Katharine Trendacosta’s precious blue Admiral. So what’s next?

The Star Wars books are going to be one of the most vital components for exploring and deepening the Disney canon beyond the movies. They are a window to new worlds, new stories and new tales between the ones we’re familiar with. Like Thrawn, they’re also a way for old Expanded Universe favourites to worm their way back into the new canon. We can’t wait to see what is being cooked up next. 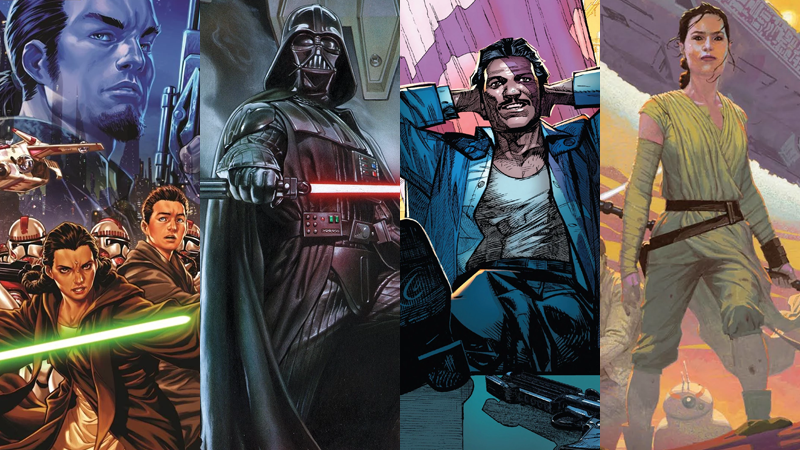 The Marvel Star Wars books are really great — but outside of Poe Dameron and Darth Maul, the vast majority of them are all heavily focused on the period surrounding the original Star Wars trilogy. In the days before Marvel’s return to licensed Star Wars comics, publishers used the medium to explore untold future and distant past time periods well beyond the movies. So it’s kind of a bummer that Marvel has mostly been hesitant to step beyond the original three films. Where are books set before the prequels? Why isn’t there more post-Return of the Jedi content beyond Poe? Hopefully we can get a few teases for what’s to come from the House of Ideas this week.

We might get the answer: Marvel Comics Presents: Star Wars panel on April 15, 4:00-5:00PM local time 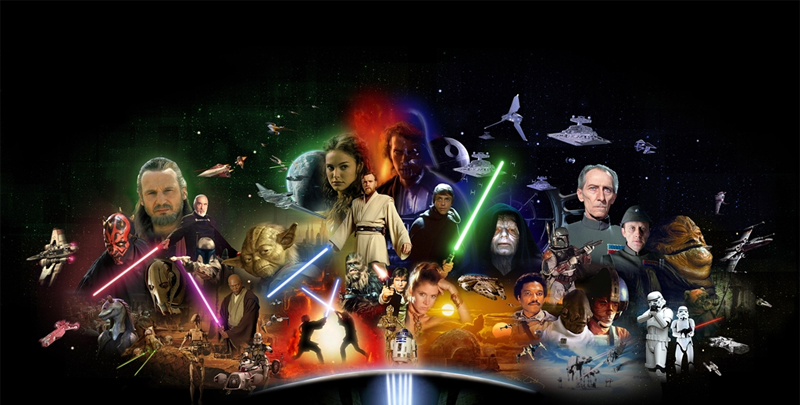 12) Actually, when will we start learning about the new Star Wars universe beyond all the movies?

After the sequel trilogy comes to an end, there’ll be roughly 60-odd years of Star Wars history across the movie’s timeline we’ll have explored. But if Disney and Lucasfilm want to keep telling stories in the galaxy far, far away, at some point they’re going to have to contend with the idea of going outside of that already-explored timeframe to do something new.

While this just as easily applies to the questions about comics and books we mentioned earlier, it would also be great to see the Star Wars Story films branch out too. Maybe this is a question for the 2019 Celebration, but we still wouldn’t mind a teaser of any plans within Lucasfilm to explore beyond the movie eras in any format.