Wait, So Killer Croc Lives Right Next To The Batcave In Injustice 2? 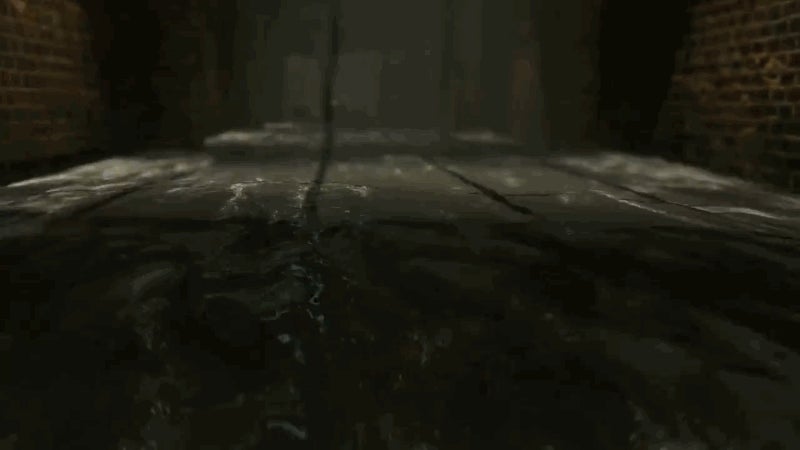 Video: This new Injustice 2 trailer is all about Firestorm, which, y'know, great. Big fan of the Nuclear Man here. But one of the moments in the new teaser has me asking questions about one of Batman's arch-foes.

So, let's talk about Firestorm first. I dig this twist on his costume but really hope that he has some attacks that use his best-known powers, which largely involve matter transmutation. Yeah, he usually wields energy in the comics, but he's largely known as a character who'd turn one inorganic thing into another. It looked like one distance attack encased his opponent in stone, so there's a bit of hope.

However, it's the environmental interaction in this clip that has me scratching my head. Like a lot of latter-day fighting games, Injustice 2 will have special attacks that trigger when you knock an opponent into a certain part of the background. It looks like the one in the Batcave sends the unlucky player in the arms of Killer Croc. Yes, there are a few seconds where the Catwoman player is swept down a stream of water, but it sure seems like Waylon Jones is just a few block away from Batman's secret headquarters.

Is Croc just constantly swimming through Gotham City's sewers, hoping he lucks into finding the Batcave? Or random people getting flushed down the drain? Is he a Bat-ally now? Did the Dark Knight tell him to hang out and wait to smash anybody who gets washed out into that area? Why, Croc? Why are you there, all the time every time?