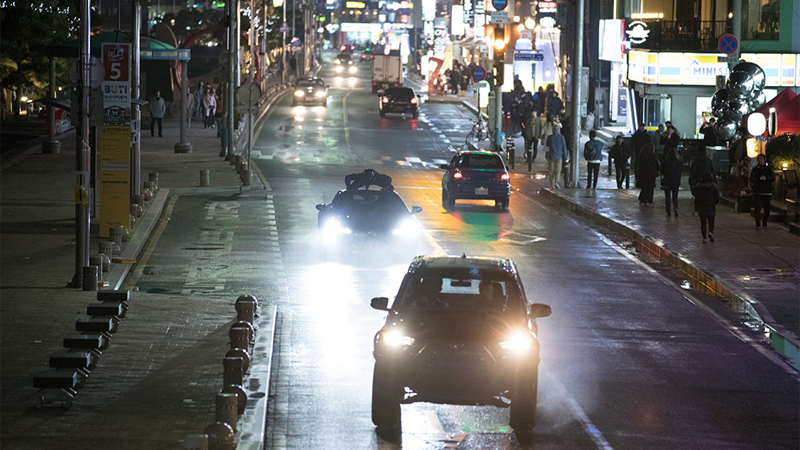 We have our first look at the Black Panther movie! However, it doesn’t really tell us much other than the fact that, between this and Civil War, T’Challa apparently has a fondness for leaping on top of and over cars.

This first nondescript look at the movie was released by Walt Disney Korea recently to promote Black Panther‘s filming in Busan, set pictures of which hit the web last week. Apparently scenes of the car chase involved up to 700 actors and 150 cars, which sounds pretty dang crazy.

Crazy enough that you’d think the first official picture they’d release of the movie would be a bit more exciting. Instead, it takes a weirdly long time to realise that this isn’t just a night shot of calm South Korean traffic… because there’s a stealthy superhero clambering his way up over the car in the middle.

Black Panther is set to hit theatres in the US 16 February 2018.