New Sponge Can Soak Up Insane Amounts Of Oil, We’ll Probably Need It

With a new, loosey-goosey regulatory environment on its way, Exxon Mobil announced some major investments in the US yesterday. Thankfully, scientists have made a recent breakthrough that could help clean up the inevitable oil spills that are on the horizon.

Lead researcher Seth Darling and his team at Argonne National Laboratory have created a sponge that can soak up 90 times its own weight and be squeezed out for reuse. The most commonly used products for cleaning up oil spills are known as “sorbents” and can only be used once. Made of polyurethane or polyimide plastics and coated with silane molecules, Darling and co.’s sponge could be an incredible boost to cleaning up oil spills in record time.

New Scientist explains how the researchers determined their project’s viability for use in an oil spill:

The team made an array of square pads of the sponge material measuring around 6 square metres. “We made a lot of the foam, and then these pieces of foam were placed inside mesh bags — basically laundry bags, with sewn channels to house the foam,” Darling says.

The researchers suspended their sponge-filled bags from a bridge over a large pool specially designed for practicing emergency responses to oil spills.

They then dragged the sponges behind a pipe spewing crude oil to test the material’s capability to remove oil from the water. They next sent the sponges through a wringer to remove the oil and then repeated the process, carrying out many tests over multiple days.

Darling says that the new material “did way better than either the untreated foam that we brought or the commercial sorbent”. But the question of whether it can handle the pressures of the deep sea still remains to be answered.

If this new spin on the old sponge becomes standard, Darling hopes to have “warehoused collections of this foam sitting near wherever there are offshore operations… or where there’s a lot of shipping traffic, or right on rigs… ready to go when the spill happens”. 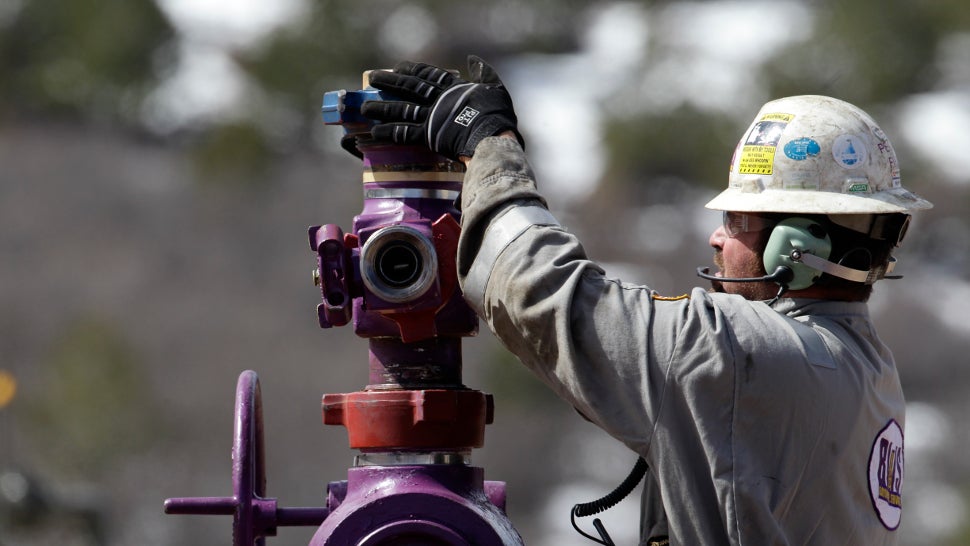 An alarming new study has identified 6600 chemical spills related to hydraulic fracturing in just four US states over a 10 year period. The finding shows that fracking is far messier than previously assumed, and that stricter safety measures need to be established and enforced.

According to the Pipeline and Hazardous Materials Safety Administration, there were 301 significant pipeline spills in the United States alone in 2016. (Great infographic about the last 30 years of spills here.) Cleaning up a spill from, say, the freshly rebooted Dakota Access pipeline might not benefit from the team’s sponge. But an incident like the devastating Deepwater Horizon spill would almost certainly be less of a disaster if this new material can be put into action.

Oil companies are anticipating a lot more freedom to screw up the environment under the new administration and Exxon’s $US20 billion ($26 billion) investment in new plants may be just the beginning. With Rex Tillerson, former CEO of the oil giant, in place as US secretary of state, a friendly relationship between the company and regulators is all but assured. Oh, look at that, the White House press release about the announcement uses an entire paragraph from the Exxon press release. Cool. Surely a coincidence.

Let’s hope the innovators are working overtime because we’re going to need some major absorption for the crap that’s about to come pouring out.