Legion Finally Reveals The Truth About The Monster In David’s Head… And His Father, Too

The latest episode of Legion was full of shocking twists and startling revelations. The first, of course, was confirming the Yellow-Eyed Demon’s true identity (since that news had unfortunately trickled out last week). However, we also got a Maury Povich-style “You Are the Father” moment that… well, let’s just say it opens up a lot of possibilities.

In the penultimate episode of the first season, “Chapter 7”, David (Dan Stevens) is trapped in the Sunken Place while his mutant friends battle invisible zombies and Lenny the Yellow-Eyed Demon, who’s continued her brilliantly portrayed descent into the maddening abyss. Because Lenny is actually Amahl Farouk, the obscure X-Men villain the Shadow King. 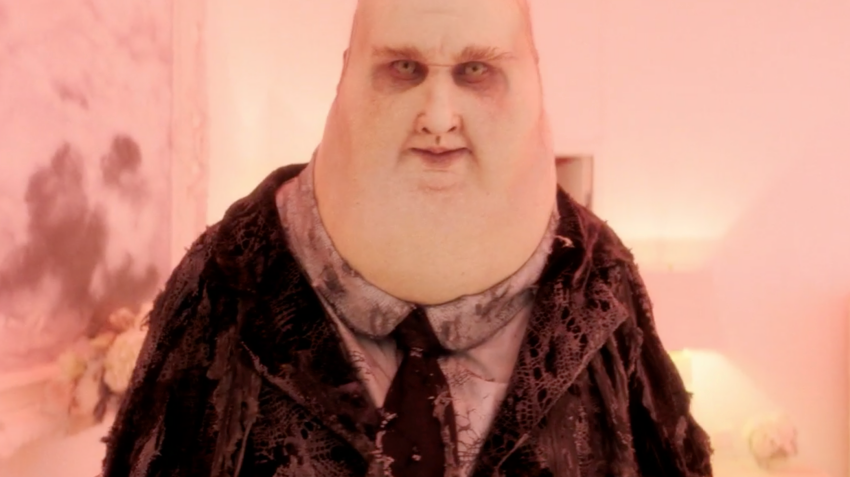 The True Identity Of Legion's Big Bad Has Been Revealed, And Here's What You Need To Know

One of the many mysteries that sits at the heart of Legion's first season is the real identity of the villain that's been plaguing David Haller from the beginning. That identity has finally been revealed, and we're here to help explain its big connections to the wider X-Men comic universe.

It's kind of funny how the Shadow King reveal happens. It isn't handled with a lot of fanfare, it just kind of comes out like clunky word vomit. Oliver Bird (Jemaine Clement) asks if Cary Loudermilk (Bill Irwin) knows what is inside David, Cary doesn't, so Oliver just flat-out tells him. Then, Cary basically smacks himself in the face and goes, "Of course, the dog!" Cause, you know, the imaginary dog was named King. It seems like all the pieces were there, but unlike the audience, none of the characters were putting them together. (Well, except Oliver, cause he's smart like that.) I am curious about Oliver and Cary's history with Farouk, since they seem to be familiar with who he is.

David also spends a lot of time putting pieces together, mainly figuring out why the hell Farouk is inside his head in the first place. He breaks out of his mental coffin with the help of his "sane side", which is basically another David but with Stevens' natural British accent, and physically draws up his past on a giant chalkboard in a pretty cool sequence. Through the animated sketches, we learn that his dad battled Farouk and won, then sent baby David away in order to protect him... only Farouk managed to find and infect him later. So, who was his dad, the guy who defeated the Shadow King in the astral plane?

Why, none other than Professor X.

David is indeed the son of Charles Xavier, creator of the X-Men, and one of the most powerful psychic mutants in existence. For comic book fans, this isn't exactly a surprise; his father has been part of Legion's origin almost since he was first introduced. In the comics, Xavier had an affair with Gabrielle Haller while helping her recover from catatonia, but she never told him that she was pregnant, so Professor X didn't find out about David until he was much older. In the show's canon, Charles was part of David's life since he was born, and he and David's mother gave him up for adoption to protect him from Farouk.

This is a huge honkin' deal, not least of which because it connects Legion to the broader X-Men universe, although it's unclear how much further the show will explore those ties. It is worth noting, however, that the "reveal" of David's dad utilises Professor X's wheelchair from the X-Men movies. Was it used because it's the most iconic version of Xavier's wheelchair for most people, or a sign that Legion may actually be happening somewhere alongside movie continuity? Show creator Noah Hawley did say he's open to crossing the movies and show in the future, but it's clearly not a priority. Regardless of whether the show brings Sir Patrick Stewart or James McAvoy in for a father-son reunion or not, it's still a huge honkin' deal.

However, it's important to note that David himself isn't aware that he's Xavier's son. Lenny's the one who reveals it to the audience by showing the wheelchair in one of her delusional rants. She follows that up by repeatedly asking, "What did he do with it?!" Hopefully we'll find out what it is soon. The final confrontation to get everyone out of the mental prison in David's head is really well put together. All the different realms of consciousness merge together, bringing the characters back to their original bodies in a really creative way. Also, The Eye was origami-ed to death by Lenny in one of the show's most gruesome sequences so far. After everyone is more-or-less back to normal, David's able to lock Lenny in her own Sunken Place, thanks to Cary's golden crown of science. But, uh oh, it looks like Lenny's about to escape, right as that Division 3 Interrogation guy from the first episode (missing a significant part of his face) swarms in with a team of agents... reading to pull the trigger on all of David's friends. Hooray, another cliffhanger!

"Chapter 7" had some impressive sequences and gorgeous eye candy, but it still continued Legion's trend of setting up more than it pays off. There are a lot of amazing reveals in this episode, and the Inception-style merging sequence was edge-of-your-seat exciting. But at the end, we basically ended up right where we started, only with more guns.

Legion remains one of the most visually engaging shows on television, and it has plenty to draw you in week after week. Still, that doesn't change the fact that the past three episodes have been mostly build-up. It's sort of like Westworld, where the show was preparing itself for more exciting stuff later on, but like Westworld, it still looks gorgeous while doing it.

Fortunately, it looks like everything's finally coming to a head in next week's finale, and things are going to get crazy. Well, crazier.