Have you ever been using your iPhone and found yourself wishing it was heavier and more prone to viruses? Well, have we got a gadget for you. In the same way that Reese’s Peanut Butter cups brought together two disparate worlds, the Eye Smart iPhone Case crams a whole other phone on your phone. 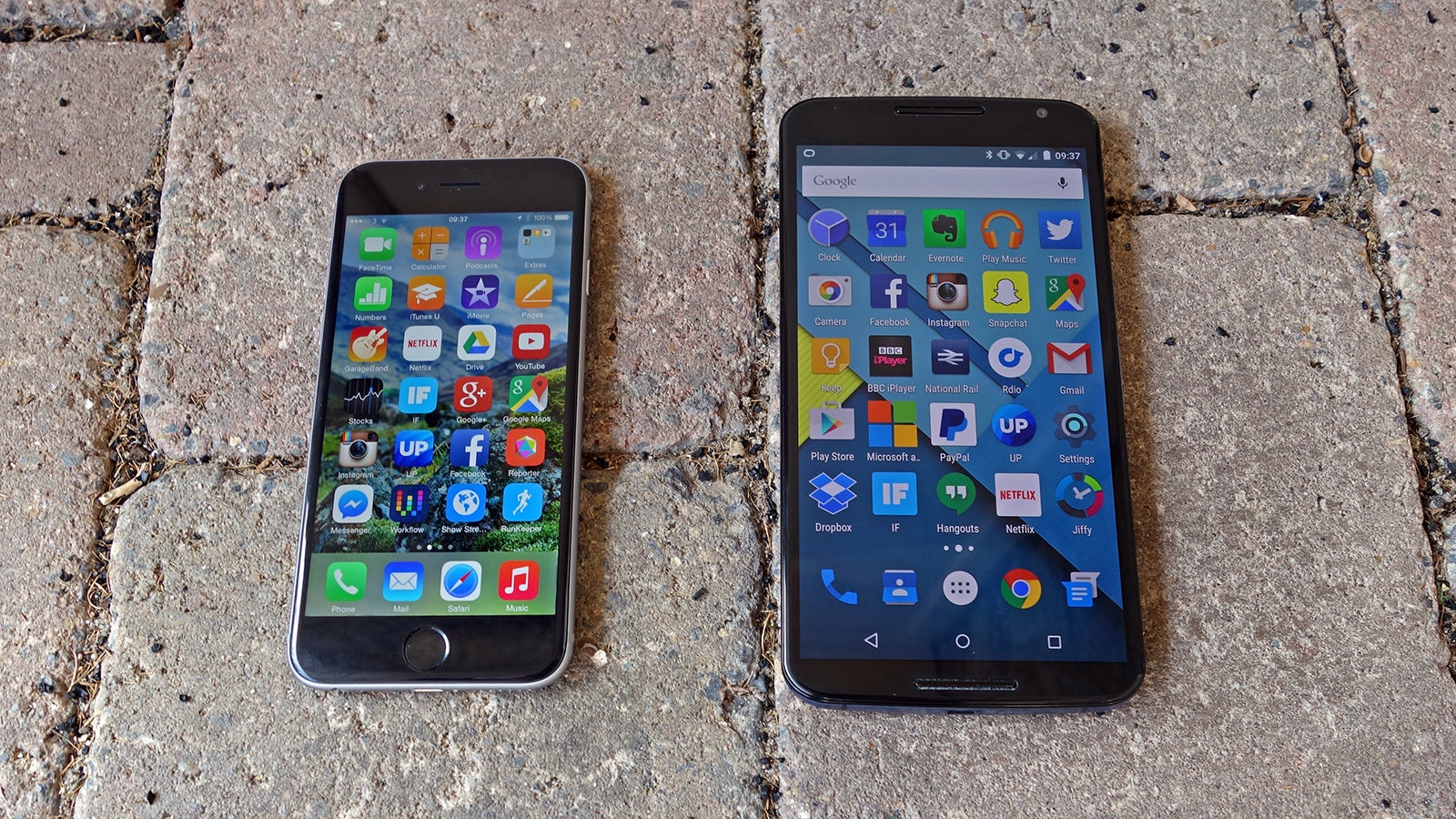 It's been 7 years, and the great iOS vs Android debate rumbles on -- in internet forums and real life. But these platforms have come a long way even in the last year or two. Do the old arguments still apply? What features separate iOS 8.3 from Android 5.1 Lollipop? We used a Nexus 6 and an iPhone 6 to investigate.

With 32 days to go, the Kickstarter project has almost met its initial $US95,000 ($125,317) goal to produce this unnecessary accessory. The case is essentially an Android phone with a 5-inch AMOLED display, microSD card slot, 2800mAh extra battery, a couple of extra SIM card slots, wireless charging, and it runs Android 7.1 Nougat OS. The iPhone plugs into the case the way it does in an average Mophie and the Android device uses it for its speaker, microphone and camera. It also can, allegedly, use the iPhone’s internet connection.

But why would someone want a separate phone that runs a different OS tacked on to their current phone? From the most practical standpoint, all I can see is that those extra hardware options might be useful. Otherwise, the question comes down to whether or not the extra features available to Android users are really worth the extra heft (90g). People in the iPhone ecosystem tend to give up some customisation options and apps in exchange for more security and simplicity.

On the other hand, this thing does claim to charge the iPhone battery and doesn’t cost much more than a Mophie. Backers who pledge $US95 ($125) can reserve the X1 Eye that does not have its own mobile connectivity. A $US129 ($170) pledge reserves the one that can connect on its own. The offer of having separate connectivity might find some use among people who use two separate phones like… I dunno, smugglers?

As with all Kickstarter projects, there’s no guarantee that this thing will ever make it into the hands of the general public. But I love a hardware hack, and the promo video with a hip granny rockin’ her dual screen options is stupid enough to be fun.