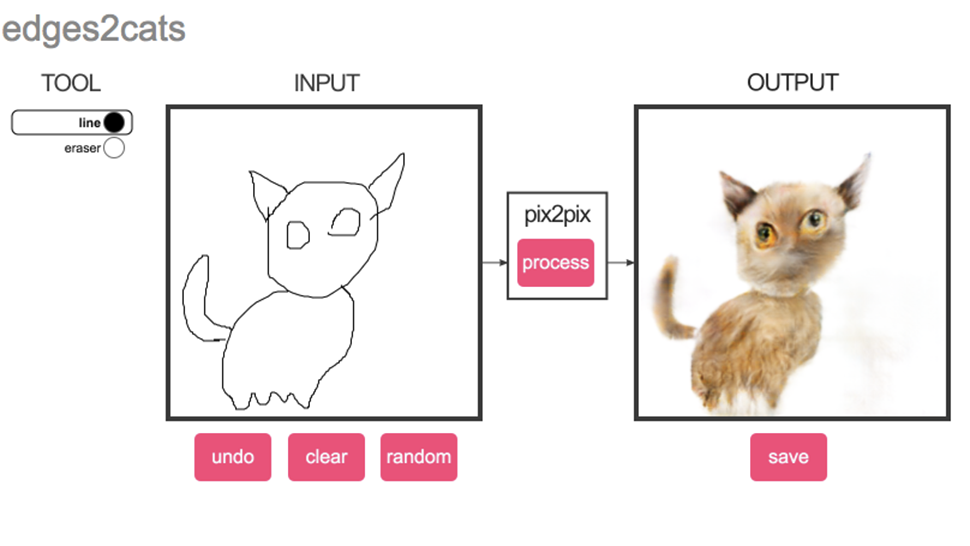 If you’re a miserable drawer, have no fear — a new website takes your doodles and, using a machine learning algorithm, turns them into cats. Or nightmares.

The algorithm is based on pix2pix, an “Image-to-Image translation” method discussed back in November in a paper by a team at the University of California, Berkeley. It was made in Tensorflow, where the neural network is built and trained — meaning it must analyse lots of pictures first so it knows how to fill in the lines.

In this implementation, called edges2cats, Christopher Hesse trained the network on around 2000 stock images of cats. Whatever cat or dick doodle then serves as the input, and the algorithm uses the form to fill in the blanks with whatever pieces of cat makes the most sense in that location.

Hesse also created versions trained on buildings, shoes, and even handbags. But these versions cannot be used to create fuzzy genitals.

Here are some of the best nightmarecats the Gizmodo staff could come up with. Doodle away at Hesse’s Affine Layer and leave your own in the comments! 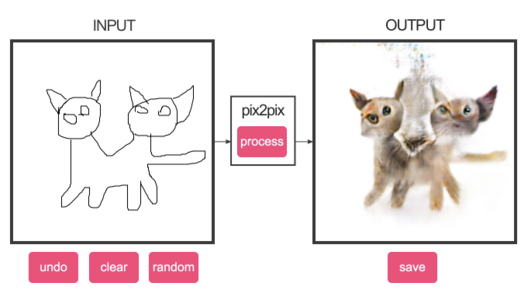 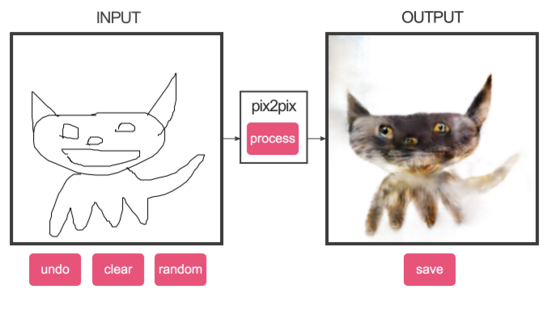 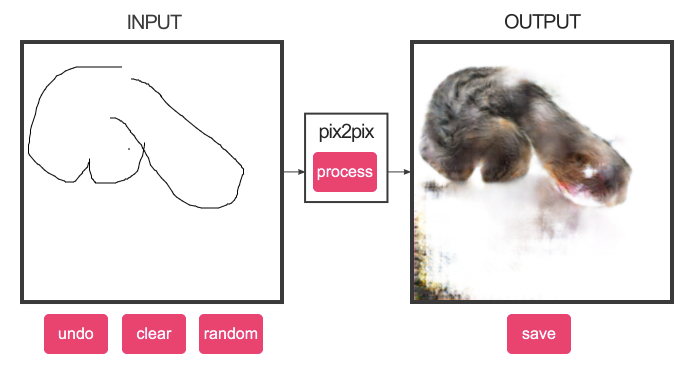 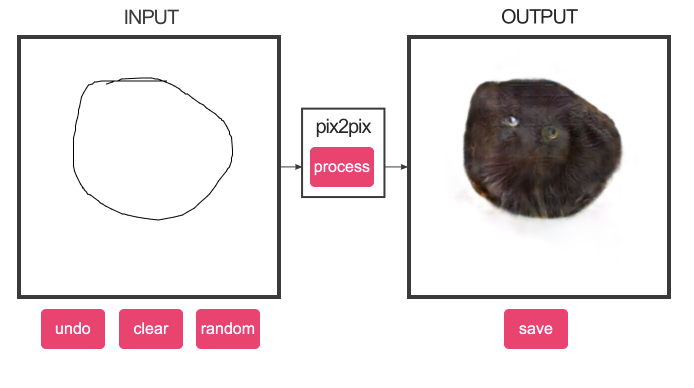