In what appears to be a violation of the federal ethics rule that prohibits a government employee from using “his public office for his own private gain, for the endorsement of any product,” Ajit Pai, the controversial new chair of the FCC, tweeted and subsequently deleted praise for Amazon’s PrimeNow service.

“Needed something in pinch and decided to try @amazonprimenow. Very impressed! Item was cheap and arrived early. May not leave the house again,” Pai posted to on his official FCC Twitter account, only to delete moments later. 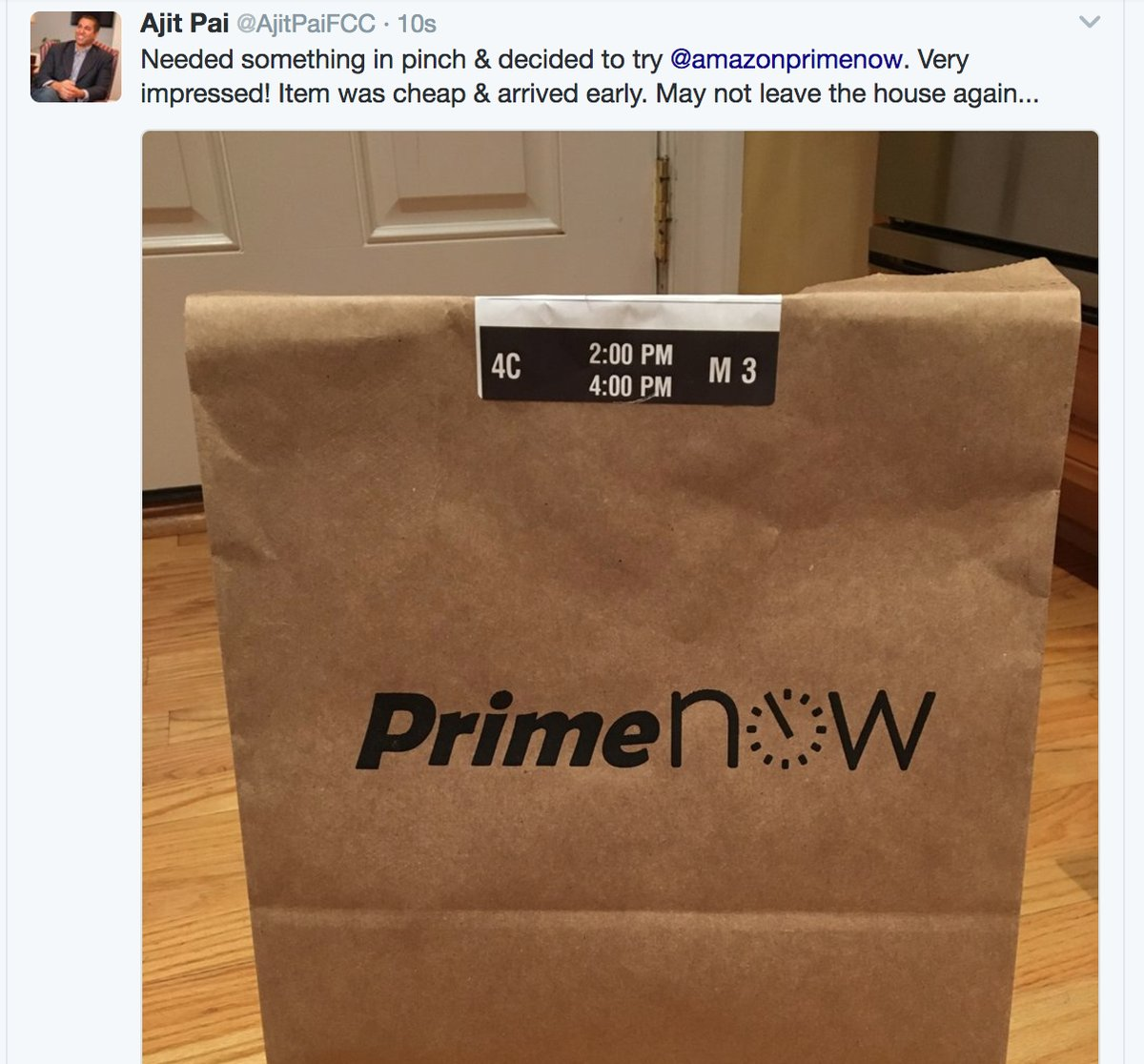 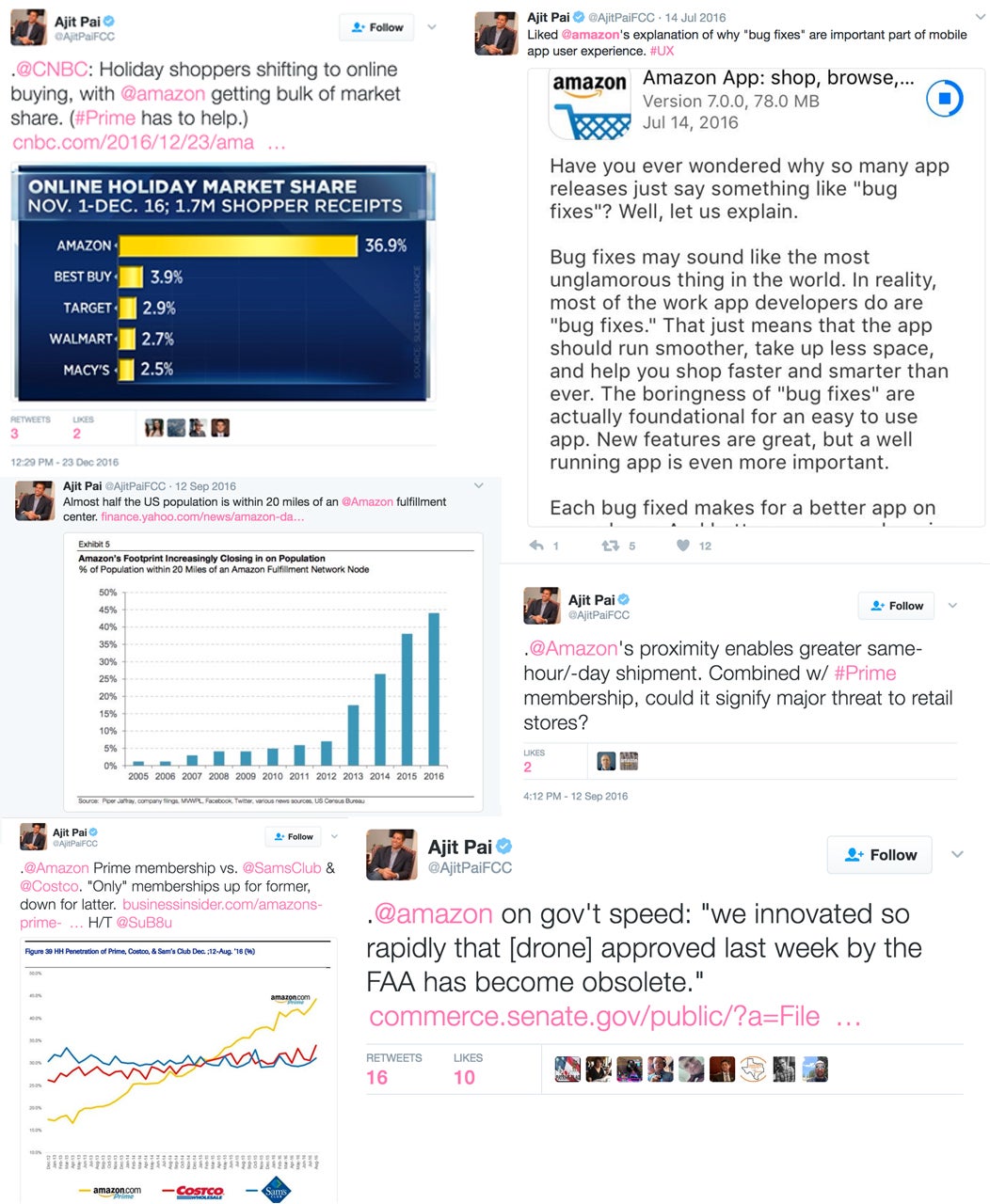 It remains to be seen whether Conway will actually be disciplined for her ethics violation. (On top that she also recently found herself embroiled in a tweet scandal after tweeting “I love you” at a white nationalist account.) Considering Pai is much less public than her and quickly removed the tweet, he could very well slip through the cracks. Is it good that politicians and government officials tweet because it allows the public to more easily see their ineptitude and corruption? Although the whole thing seems like a huge liability, Twitter isn’t going anywhere. After all, Conway and Pai are really just emulating the behaviour of their boss. [Ethan Chiel via Twitter]