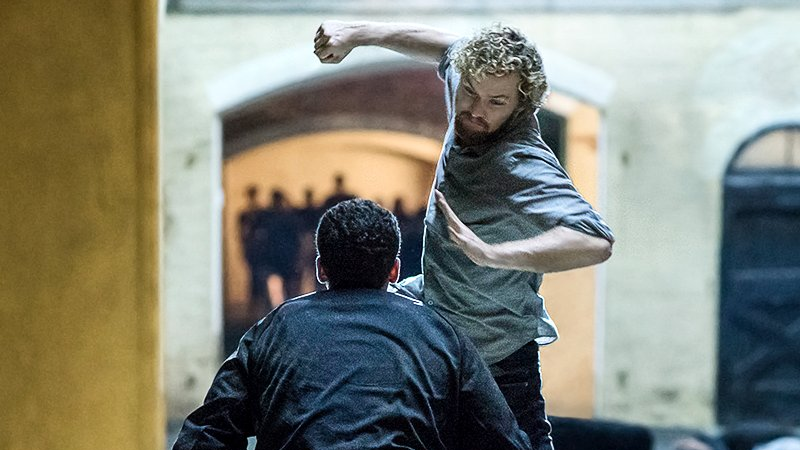 In addition to including some new footage — not nearly enough of it being dedicated to Colleen Wing kicking butt, sadly — this new Iron Fist featurette lets Finn Jones set up the world of Netflix’s latest Marvel show. Unsurprisingly, the world of a Living Weapon involves quite a bit of punching.

Some of the footage is familiar, coming from the recent big trailer Netflix released for the series, but there’s still some new looks at the show, including Danny’s return to Rand Enterprises, and a few more snippets of his first encounters with Colleen and his time at K’un Lun.

More important details come from Finn Jones’ commentary over the footage, discussing how Danny taps into the “fire of the fist” for his powers — a “force that runs through the universe” — and that seemingly Danny has a mission upon his return to New York: not just to take his family’s business back, but confront a mysterious, shadowy force he’s been told about during his time training at K’un Lun that’s sunk its claws into Rand Enterprises. Honestly, it’s a much better look at the premise of the show than that recent trailer.