The Vision, 2016’s Best Comic, Is Getting A Director’s Cut Edition 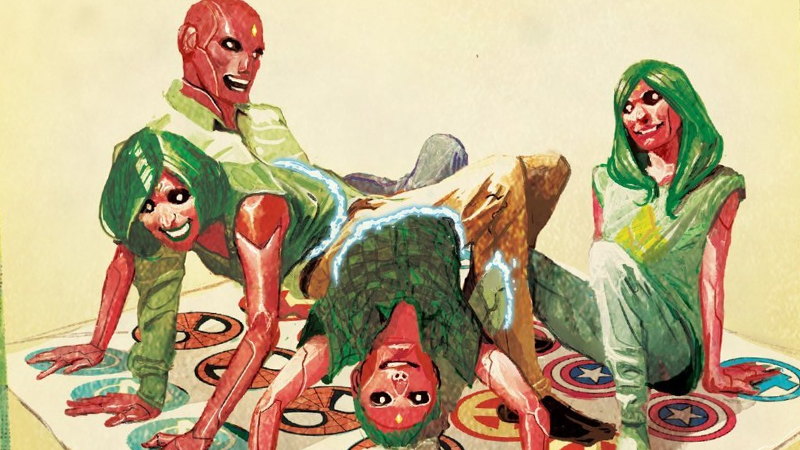 As you might have been able to figure out last year, I absolutely adored The Vision — Tom King, Gabriel Hernandez Walta, Jordie Bellaire, and Clayton Cowles’ haunting take on the Android Avenger was one of the best comic reading experiences I had last year. And now it’s going to get even better with a new re-release.

Marvel has announced that sometime this year it will release a “Director’s Cut” edition of the series — not a traditional Director’s Cut in that it contains truly new moments or altered scenes, but a special version of the comic containing insight from the creative team, as well as looks at early artwork for the series and Tom King’s original scripts for crucial scenes from across the series’ 12 issues. Although, according to King, his original scripts went mostly unchanged for the series outside of one major exception:

The Vision didn’t really go through multiple drafts. For the most part, what you see here is my first take on what the issue would be, and I was lucky enough that that also got to be my last take. Probably about half the issues had one to three pages that had to be rewritten. You will see some stuff that changed at the lettering phase when the words in the script have to adjust to the art that’s actually drawn, which is a natural part of comics.

The biggest change along the way was probably the inclusion of Victor Mancha. Originally, this was supposed to be the Golden Age Human Torch, who is sort of Vision’s step-father/uncle and would have played a more grandfather-like role. Sadly, due to stuff in other books, Human Torch became unavailable, and Wil Moss, our editor, suggested Victor. This worked out better in the end than my original plan. Sometimes, comics are improvisation. Or I should say: Sometimes, the best parts of comics are improvised.

So the real appeal will be seeing how Walta, Bellaire, and Cowles brought King’s scripts to life — but still, it’s essential insight into one of the strongest series has put out in a very long time. If you somehow managed to ignore most of my rabid talk about Vision last year — understandable, really — then this seems like the perfect opportunity to check out the series yourself.