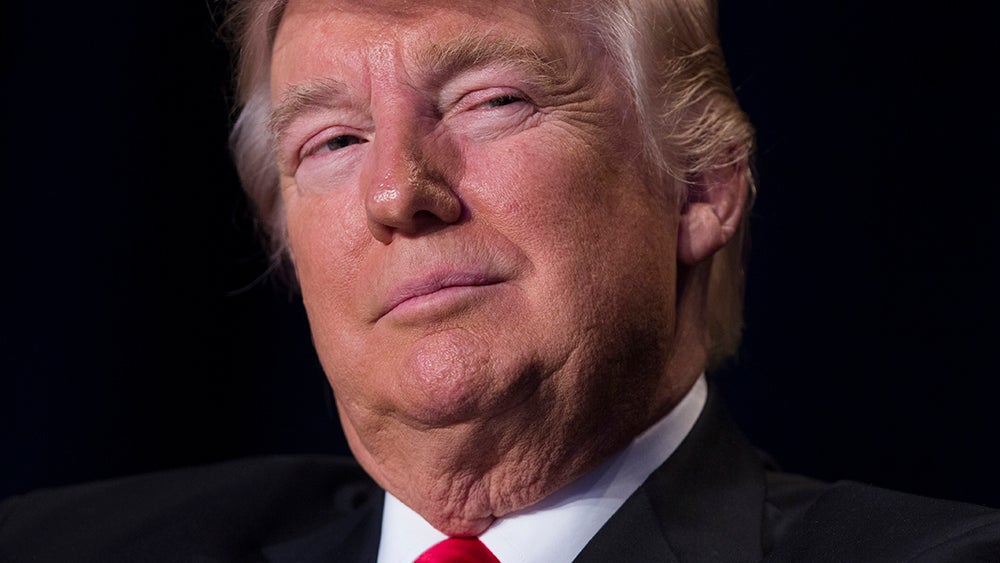 It’s a big day for South Korean tech company Samsung, who managed to cop a shoutout from Donald Trump on Twitter earlier today. Does anyone else smell money? Buy buy buy!

Thank you, @Samsung! We would love to have you! https://t.co/r5nxC9oOA4

Conventional wisdom in recent weeks states that Donald Trump’s tweets have predictable results. If he, the sitting President of the United States, tweets favourably about your company, stock traders will pounce on it like a hot tip, despite little evidence to suggest that’s a sound idea. Conversely, if he tweets angrily about an individual, they’re likely to get a flood of death threats.

These are good and normal practices for an elected official holding the highest office to engage in.

So how did Samsung manage to dodge Big Donny’s naughty list? As a single anonymous source told Reuters, Samsung is maybe possibly sort of considering building a plant in the United States. And why would the company do such a thing? According to Reuters this purely hypothetical plant is “a response to criticism about imports from new U.S. President Donald Trump.”

Not only is this imaginary plant unlikely to ever materialise, but the Axios link Trump included in his tweet makes clear that actual results are completely irrelevant:

A win-win: Companies can grab headlines with news of even considering bringing production to the U.S., and the Trump White House benefits from the ability to take credit. These moves may not add up to significant job growth, but it’s hard to beat the PR.

But the win-win goes beyond trading momentary stock boosts for the appearance of doing stuff Presidents do: Trump may also be taking sides with Samsung as a slight against Silicon Valley giant Apple, which was among the tech companies to help draft a limp condemnation letter against the administration’s Muslim Ban. The letter leaked last night, and the timing of Trump’s praise for Samsung does not feel coincidental.

Gold star for you Samsung. Caving in to the demands of bullies might end up being a better corporate policy than building products that explode. Of late, Samsung’s share price has been on the downswing. Perhaps that’s because of the massive Galaxy Note 7 debacle, or its protracted legal battle with Apple. But that’s likely to change.