In His Mind, Billy Dee Williams Is Always Lando 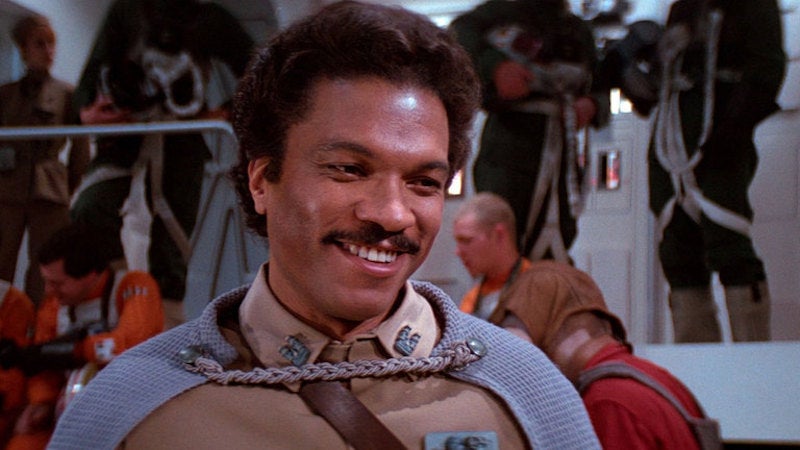 Billy Dee Williams created Lando, and although Donald Glover has been cast as the character in the standalone Han Solo film, Williams says he never thought of what it would be like for someone else to be Lando. And, you know what? That is more than fair.

Williams sat down for an interview with The Hollywood Reporter where he talked about meeting with Glover about the character. He seems slightly mystified by the thought that he had anything helpful to tell him:

He’s a very delightful young man, I must say. We had a very nice lunch and we talked for a very long time and it was very easy. He had questions about [Lando]. I guess he was doing what normal actors do, they just want to find out what direction they want to take so they gather their information.

So, we just sat and talked and I didn’t want to impose on anything he wanted to do, he’s got his own ideas, I would imagine. I know he has his own ideas. He’s a very talented young man. In fact, I was listening to some of his music [Childish Gambino, Glover’s musical alter-ego] and it’s pretty good stuff.

There is nothing about this lunch that doesn’t sound lovely.

Sooooooo yesterday a certain Mr. Glover and a certain Billy Dee were lunching at my favorite spot in Los Feliz and UM OMG #LANDO #starwars pic.twitter.com/8ICWPoinai

Williams also said he’s still on the fence about whether or not Lando should be back in the films this way because of his history with the character:

I don’t know. To me, I guess what it is that I identify so much with Lando. I mean, Lando has been very much a part of my life for over 30 years. When I go out and do conventions and stuff like that, even though people know me from all the other things that I’ve done, certainly [Lando] takes precedence. I just never thought of anybody else being Lando, I just see myself as Lando.