Genius Behind Suicide Squad Now Fifth In Line For The Presidency 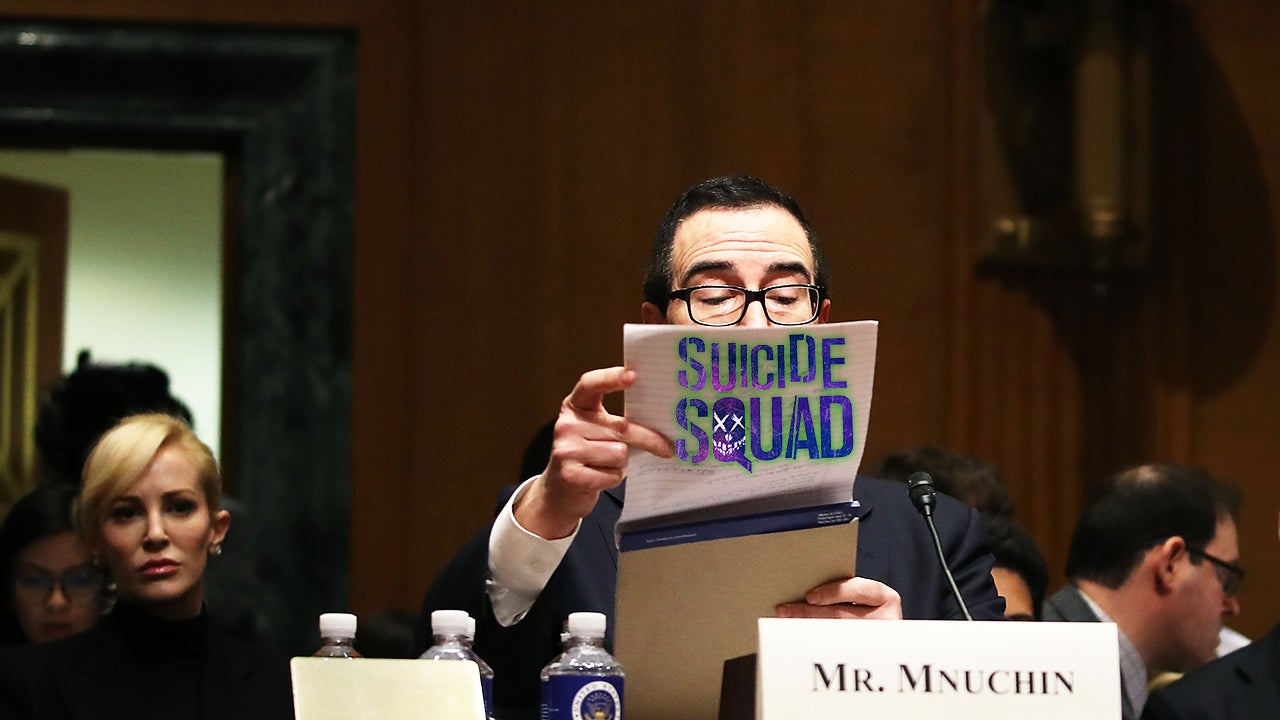 On Monday night, the United States senate confirmed the executive producer of Suicide Squad, Steven Mnuchin, as Treasury Secretary. This is, perhaps, the most twisted presidential cabinet in our nation's history.

The Secretary of the Treasury, a post first held by Alexander Hamilton, is fifth in the presidential line of succession. 52 Republican senators and a lone democrat, West Virginia Senator Joe Manchin, voted in favour of Mnuchin, a former Goldman Sachs executive who also is the executive producer of Batman v Superman: The Dawn of Justice.

The Treasury Secretary is responsible for creating our domestic and international fiscal policy, as well as tax policy, regulation, and the management of public debt. Progressives were concerned over Mnuchin's nomination not because of his Suicide Squad ties, but rather, his work at OneWest Bank during the financial crisis, where he earned the nickname the "Foreclosure King."

Debbie Stabenow, a Democratic senator from Michigan, explained, "Mr. Mnuchin has made his career profiting from the misfortunes of working people. OneWest was notorious for taking an especially aggressive role in foreclosing on struggling homeowners."

Mnuchin, along with two other partners, also happens to run RatPac-Dune Entertainment, which made a $US300 ($392) million venture loan deal with Warner Brothers. Thanks his cash, the world got to see gems like Suicide Squad, Batman v Superman and the Entourage movie, which respectively have a 26%, 27% and 33% rating on Rotten Tomatoes. To be fair, he also put his money behind beloved movies like Mad Max: Fury Road and The Lego Movie.

A man whose career highlights include Suicide Squad and "aggressively foreclos[ing] on tens of thousands of families" is a mere five tragedies away from being the president and will shape the future of the America economy. Then again, the Suicide Squad administration has been in the White House since day one. I mean, we have a joker in the Oval Office. (I'm so sorry.)