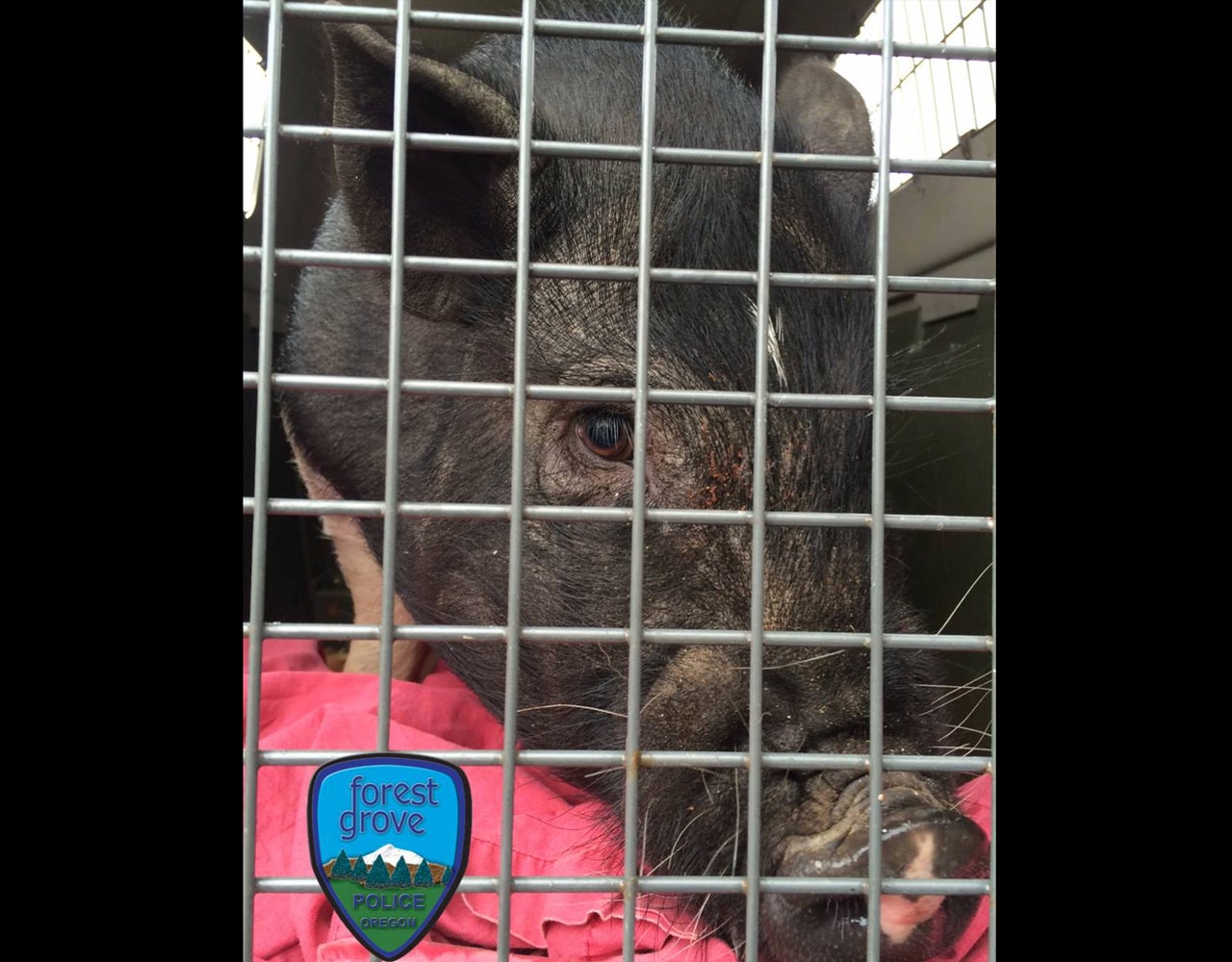 On Friday, police in a small Oregon town apprehended an outlaw hog after chasing him for months. Known to law enforcement as “Piggy Smalls,” the Forest Grove police department said that the potbellied fellow had “allegedly been harassing residents” since late last year. No specifics of the alleged harassment were revealed.

Code name “Notorious,” law enforcement received four reports of the rogue pig last November, but managed to evade the authorities. On November 18, Smalls made contact with law enforcement, but according the FGPD’s November police log, “it eluded capture.”

On 12:53PM on Friday, a special task force finally caught the wily hog. According to local authorities, “Smalls will be released to the custody of an animal rescue outside the city.”

But if the pig is anything like the rapper, his legacy will live on eternally in Forest Grove, Oregon.