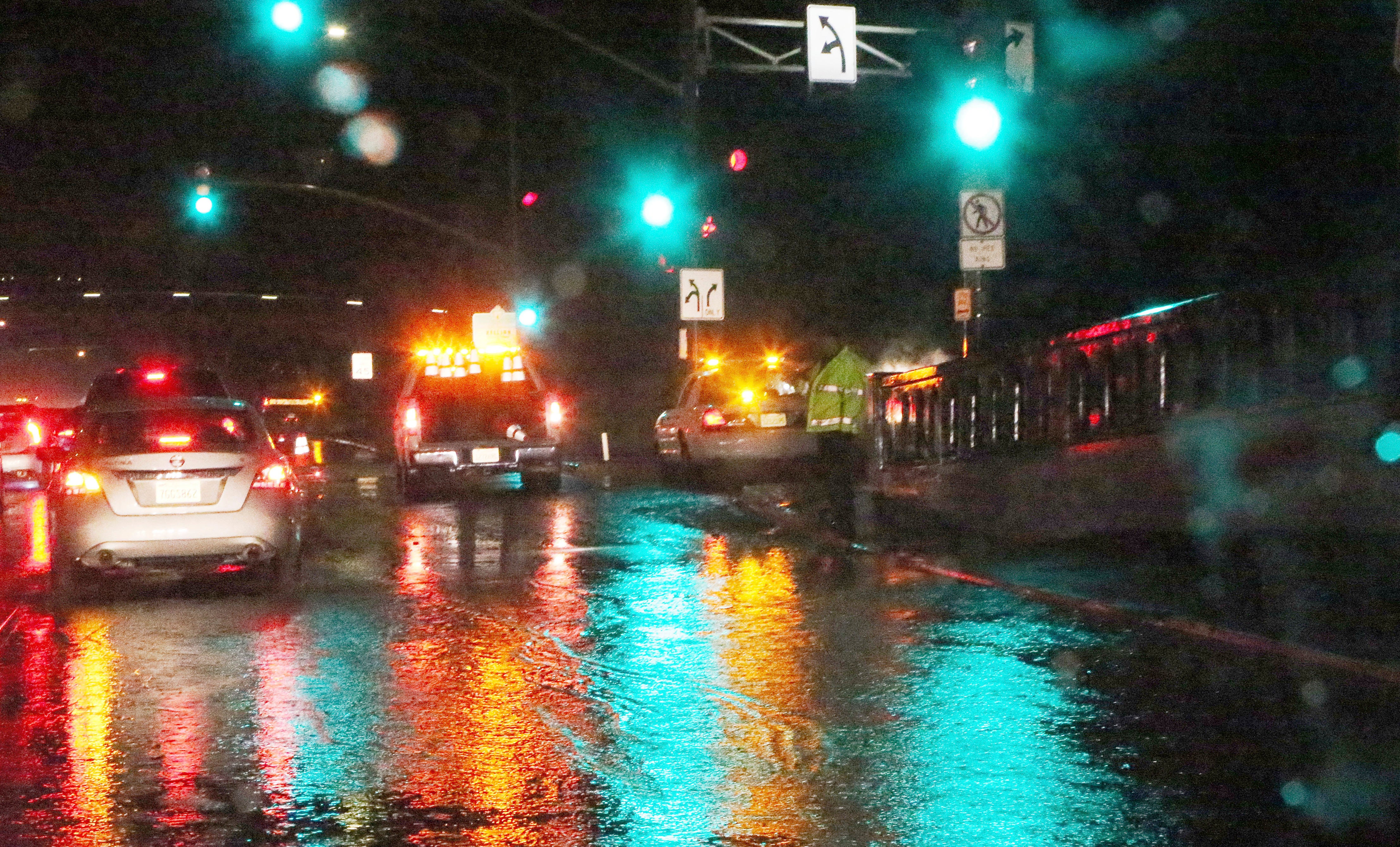 After years of too little rain, California has a decidedly different problem on its hands: Way, way too much of it. But the scare at the Oroville dam earlier this month, and the massive floods in Los Angeles last week, pale in comparison to what the latest volley of moisture threatens to serve up.

Today and tomorrow, California is experiencing the wettest storm of the rainy season so far — an “atmospheric river” that’s expected to dump five to 7.5cm of rain throughout the Central Valley and nearly 30cm in the mountains, according to the New York Times. Unfortunately, many of the rivers being inundated right now are already at or near the flood stage thanks to heavy rainfall earlier in month. Saturated soils will exacerbate the risk of flooding and could trigger mudslides. Fierce winds will increase the likelihood of downed trees and “long lasting power outages,” the National Weather Service warns.

Atmospheric river to unleash wettest storm of the season in SF, huge snowfall in Sierras (up to 5 ft.) Major flood threat after recent rain pic.twitter.com/NegRHs0KWc

Flash flood warnings are in effect throughout the Bay Area and the Central Valley. The NWS in San Francisco is warning residents in flood-prone areas to “move to higher ground immediately”, while NWS Sacramento notes that California “may see flooding in locations that haven’t been impacted in years”. Residents are advised to have an evacuation plan in place, and be ready to leave their homes on a moment’s notice.

The photos and videos rolling in on social media show rivers ready to overflow and hillside highways becoming impassable:

Most troublingly, this storm will once again test California’s ageing infrastructure, including levees that control the flow of water into the Sacramento-San Joaquin Delta, preventing the state’s freshwater supply from being contaminated with seawater. Meteorologist Eric Holthaus minces no words describing the risk a large atmospheric river poses to this vital flood control system:

Overwhelming this system could bring a flood that, according to a study from the United States Geological Survey in 2011, could inundate hundreds of square miles and cost hundreds of billions of dollars, knocking out the water supply for two-thirds of Californians in the process; it would be the worst disaster in American history.

To be fair, this megaflood scenario — something state scientists have been modelling and attempting to anticipate for years — is unlikely. And if Californians are lucky, it won’t come to pass. But in a winter likely to go down as the wettest on record, in which some parts of the state have already surpassed their typical yearly precipitation total, it’d be foolish not to brace for the worst.