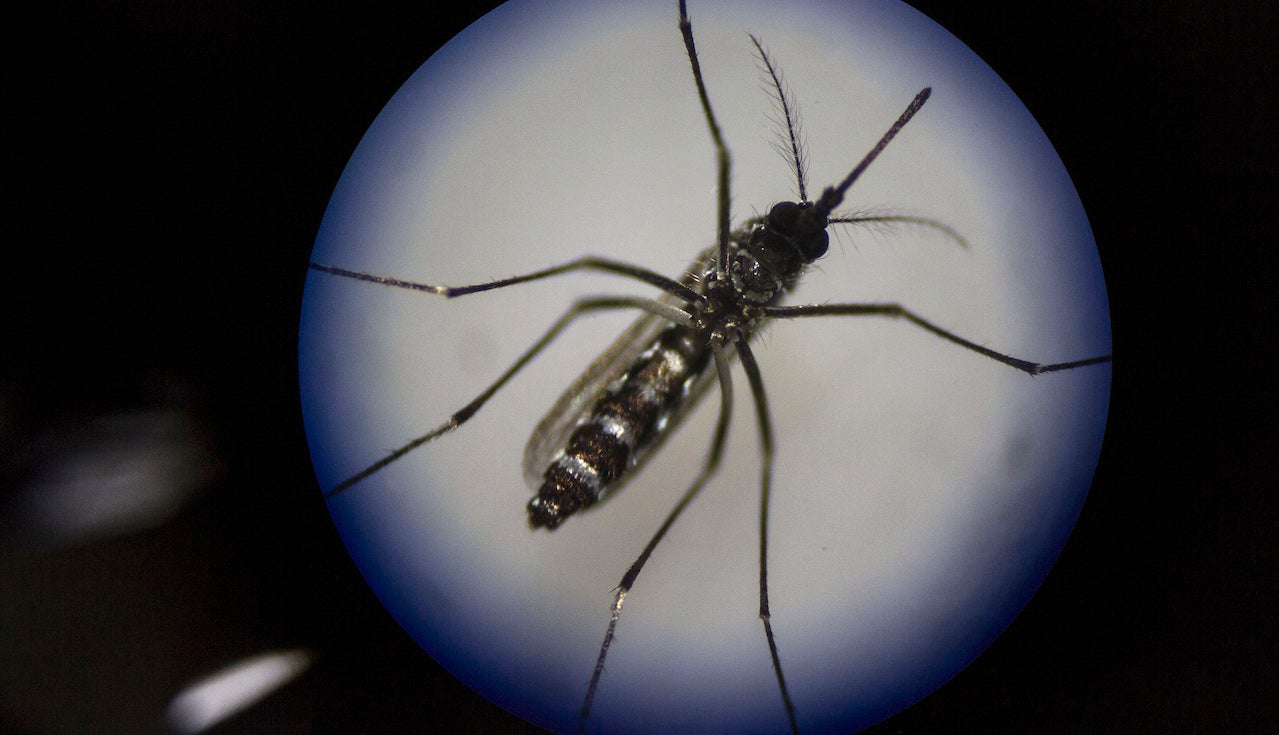 Today in science that turns out to be totally bunk: Citronella candles warding off mosquitoes. At least, the natural “repellent” doesn’t seem to have any effect on one of the most notorious disease-spreading blood suckers on Earth.

In a new paper published in the Journal of Insect Science, scientists put several types of mosquito repellent to the test, among them spray, mosquito-repelling bracelets and candles. Recent events, like the Zika virus outbreak, have spurred an interest in new ways of controlling mosquito populations. But it turns out some old standbys — like citronella candles — don’t really work at all.

“If you search ‘mosquito repellant’ on Amazon, there are over 25,000 hits,” said Stacy Rodriguez, a researcher at New Mexico State University. “Consumers think that just because a product is out there, it will protect you. That’s just not true. It’s buyer beware when it comes to these things. Especially with Zika around.”

Rodriguez and her co-authors were interested in testing the efficacy of consumer products claiming to repel mosquitoes against Aedes aegypti, a common species of mosquito that is the primary carrier of yellow fever, dengue fever, Zika virus and chikangunya, and notoriously difficult to control. An array of sprays, candles and bracelets with active ingredients like citronella oil, geraniol, DEET and oil of lemon eucalyptus make claims like that they will offer “250 hours of insect protection.” Rodriguez was interested in investigating whether that was true. She was especially sceptical of products that claimed to offer a “natural” alternative to DEET, a repellent that is considered safe by scientists but nonetheless has stoked fear among “chemophobics”.

The scientists looked at five sprays, five wearable devices and a citronella candle. To test whether they effectively deterred blood-thirsty mosquitoes, they replicated conditions you might find in someone’s backyard: A human sat at one end of a wind tunnel as “bait”, and scientists measured how many mosquitoes moved toward them while using each repellent. For each product, two brave and selfless human beings were subjected to an onslaught of 50 to 125 mosquitoes. Each test was replicated for good measure.

They found that spray repellents containing DEET and menthoglycol, a pesticide derived from eucalyptus plants, were most effective. Another chemical repellent, Metofluthrin, contained in some wearables like the OFF! Clip-on was also effective. The citronella candle had no effect.

“We conclude that many of the products that we tested that were marketed as repellents do not reduce mosquito attraction to humans,” the authors wrote.

Or, as Rodriguez put it to Gizmodo: “These are highly aggressive mosquitoes. It takes a lot to deter them. Citronella does not deter these mosquitoes in any way.”

But while Rodriguez’s test found that citronella is no real deterrent, at least against Aedes aegypti, it is listed by the FDA as an insect repellent. It was first registered with the EPA as an insect repellent in 1948 to ward off gnats and mosquitoes. In the 1990s, though, the EPA decided that citronella was among a list of products posing “minimal risk to human health”, and exempted it from regulation. (“Note that products made from these ingredients have not been evaluated for effectiveness,” the EPA website notes.)

Rodriguez’s study is not the first to call attention to citronella’s lack of effectiveness. One study found that citronella oil may repel mosquitoes for up to two hours when not diluted at all. Usually, though, products contain small concentrations of it, between five and 15 per cent. Past studies have suggested such products may only work as repellent for 20 to 30 minutes. In a past study, Rodriguez similarly found that citronella was not very effective against another common disease-carrying mosquito, the Aedes albopictus.

“Right now, this is massive thing on the internet, where you see all these citronella bracelets advertising to protect you against mosquitoes. Citronella has been around for a very long time and accepted as a natural repellent,” Rodriguez said. “But it does not work and somehow that’s not out there.”

Rodriguez said that further studies need to be done to replicate her results and explore the efficacy of these products against other mosquito species. In the meantime, though, next time you’re shopping for bug spray, better grab that DEET.