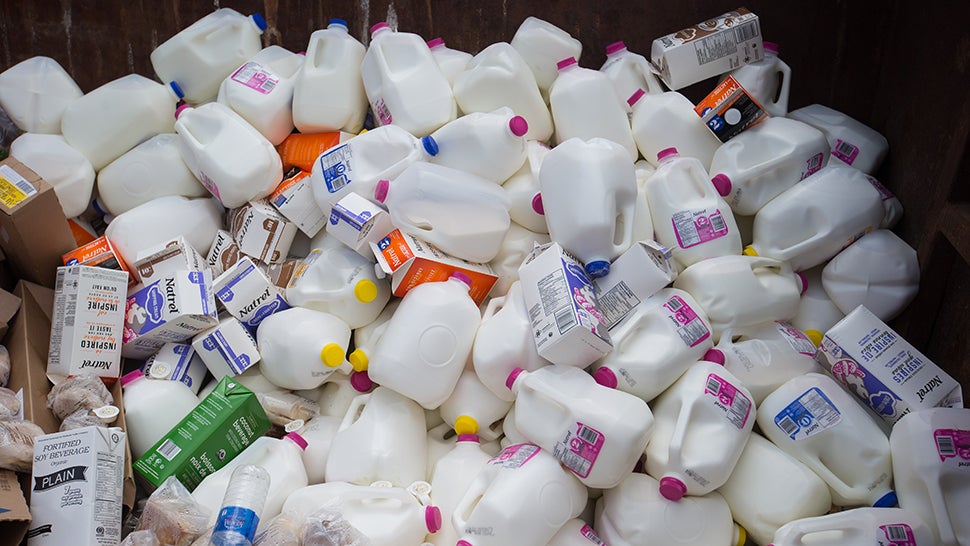 The internet is a vast place and somewhere, in its vastness, someone is trying to sell "vintage milk".

Boing Boing reports a few of their vintage milk finds from Amazon.com, like a fine $US185 ($251) jug from Jim Pickrell (who has a one hundred per cent seller's rating!). Seller Yog Sothoth (also one hundred per cent) offers a budget $US75 ($102) option and a flagship $US217 ($295) option, of which he "DRANK SOME DIRECTLY FROM THE JUG". The sellers specify that the milk will not come refrigerated, and if you'd like Tuscan Whole, it may delay shipment. Purchasing the milk doesn't necessarily mean you'll get it (or should).

You can read the reviews here. They are all, as expected, jokes and crap. And there are a lot of them, growing over a decade like a bacteria in a very old jug of milk. But let's, for a minute, consider the theoretical journey of this "vintage milk".

After the milk leaves the cow's udders, it heads into a refrigerated truck and off to a processing plant where the processors homogenise it, meaning they spread the milk fat particles uniformly through the liquid, and pasteurise it. Pasteurisation involves heating the milk to at least 72C for 15 seconds and cooling it quickly to kill any harmful bacteria like those that cause the Listeria infection and Salmonella, as Barbara Ingham, professor at the University of Wisconsin Department of Food Science, tells Gizmodo.

Then, business things happen. Then, on to the fun part — the ageing. Milk turns "vintage" (spoiled) because the pasteurisation process only kills harmful bacteria, not all of the bacteria. Some of the surviving microbes produce acid, which causes the sour taste and chunky texture. Other bacteria oxidise the milk fat, bestowing the aged carton with its fine, cringeworthy stench. Even more bacteria turn the milk sweet, a normally desired quality in the case of butter or cream.

You can only imagine that a hundred dollar bottle of six-year-old milk would have the extrapolation of those qualities over time — chunky and awful. I asked Ingham about the 2011 vintage jug available for sale on Amazon. "I've never seen it stored that long, so I don't know what it would look like," she said, "But you'd have some evaporation of moisture out of the container." Plus, "with a plastic container there's oxygen transmission, so it will support the growth of bacteria that may become harmful".

So there you have it. Don't get this milk because you may or may not get sick, depending on the material of the container and the existence of its contents.