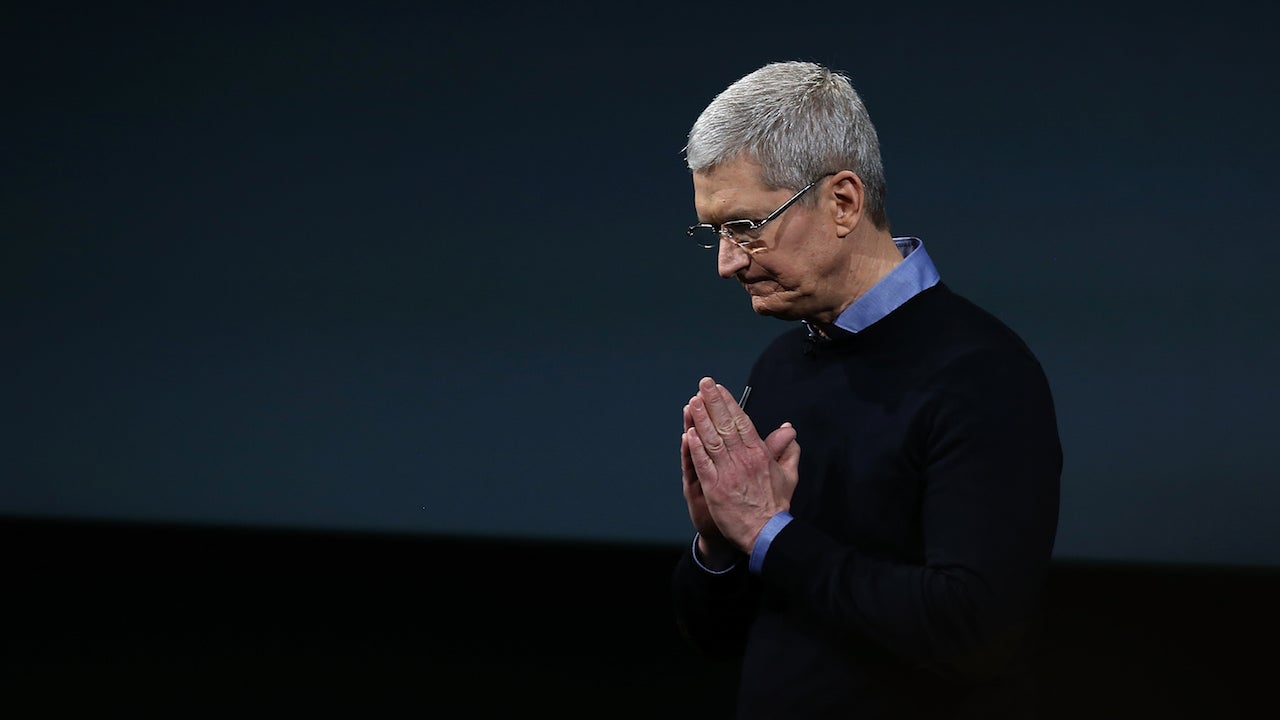 Back in October, it seemed like the smartwatch, specifically Apple’s variant, was as close to dead as a product selling over a million units can be. Market intelligence firm IDC reported that smartwatch sales were down across the board with the Apple Watch seeing a 71.6 per cent decline since last year. In a massive understatement IDC’s Jitesh Ubrani said, “It has also become evident that at present smartwatches are not for everyone.”

But now a month later, Tim Cook, Apple CEO and presumed Apple Watch fan, is refuting that big claim. “Our data shows that Apple Watch is doing great and looks to be one of the most popular holiday gifts this year,” Cook told Reuters in an email.

Unfortunately, Cook didn’t back up his boldly written claims with facts. Neither he nor Apple have released sales numbers for the Apple Watch as Apple does for other big marquee products like the iPhone and new MacBook Pro. Instead, any Watch sales numbers will be bundled up into the “other” product category that includes less popular products like the AppleTV and the ancient iPod. Which… doesn’t exactly inspire confidence in Cook’s claim. IDC, meanwhile, gathers its data by looking at hard numbers in the supply chain.

Bob O’Donnell of TECHnalysis Research was less enthusiastic than Cook, telling Reuters that “while I’m not surprised that there is a good week, there are still, I think, significant concerns about the category.” That lines up more with IDC’s claims, which came a month before the big sales improvement Cook is reportedly seeing.

So the Apple Watch is amazing and never selling better and a huge success, but it’s also doing kind of terrible and Cook and company should be worried about it. The truth of the Apple Watch’s failure and/or success will be revealed early next year during Apple’s next earnings call. For now just take a gander at the wrists of your coworkers. Are you seeing any of the ugly little nubs?