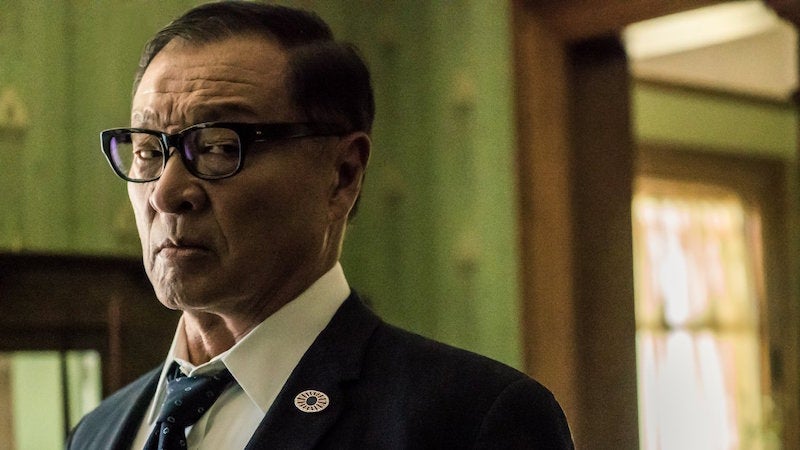 Following season one, there was a lot of speculation on who the titular man would be. In season two, the answer turns out to be closer to the original Philip K. Dick novel: he's a man named Abendsen (Stephen Root). In the book, Hawthorne Abendsen is a novelist who wrote that universe's alternate history of World War II based on visions he had. Fear of assassination had him building a fortress called the "High Castle," hence the title.

"I think we had a lot of people think Hitler would be the man himself or people were expecting someone we'd already met," Root told io9. "But I think it's great that they're surprised and shocked by it and I'm really happy to join this great ensemble of actors."

Root's Abendsen is a crazed man who lives with a warehouse of films from alternate universes and futures, trying to figure out ways to use his knowledge to shape events in a slightly less catastrophic direction. It's not visions as much as it is the films that fuels this Abendsen. And his paranoia isn't for his own life, it's for nuclear devastation. But, for Root, it's not even as "simple" as that. 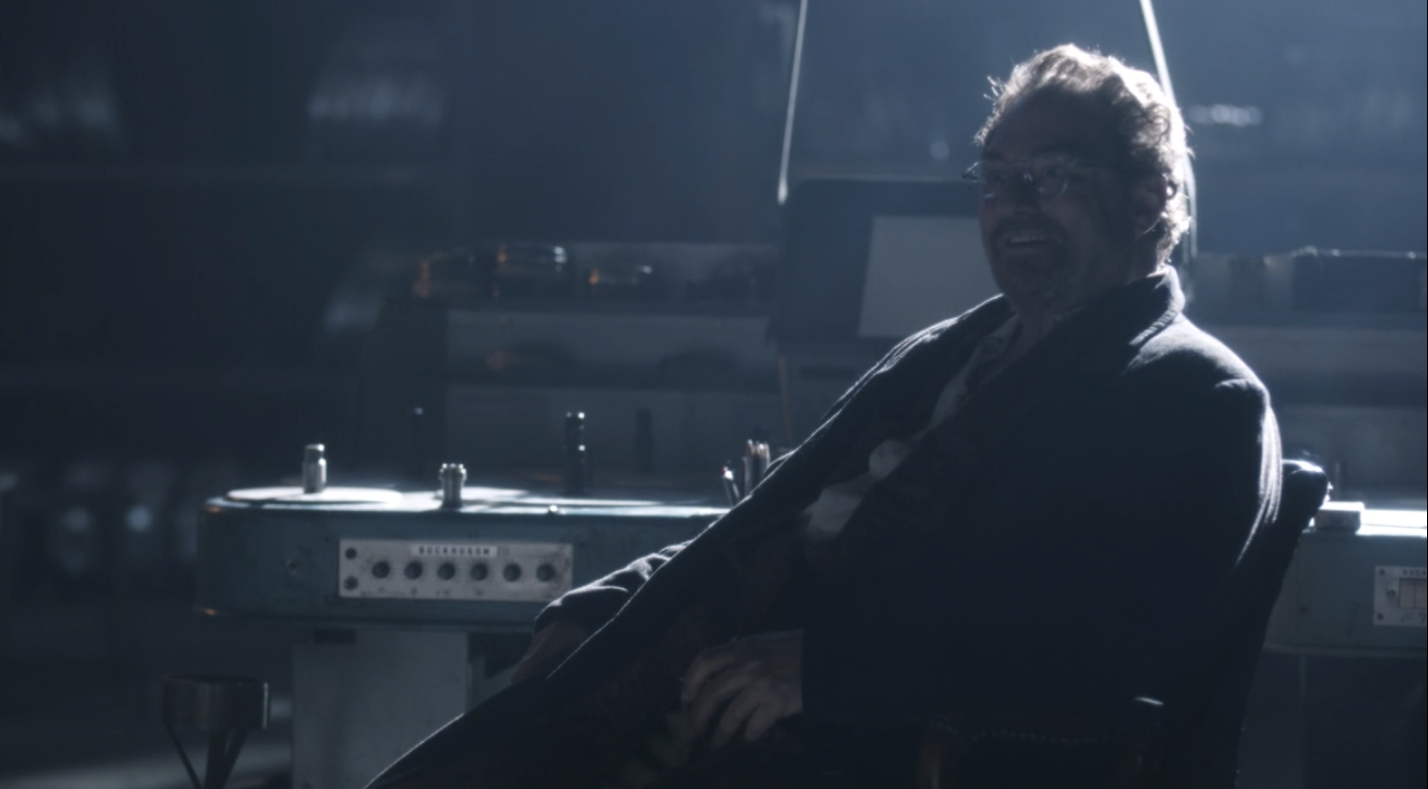 Image: Screencap from Man in the High Castle, Amazon

"Well, first of all, is he mad, is he a person of this timeline, is he a fake? I think that's the journey the audience is going to go on in season two and that's what's interesting," said Root.

While Abendsen piecing together the films he's seen, Japanese Trade Minster Nobusuke Tagomi (Cary-Hiroyuki Tagawa) is finding himself slipping into another universe through meditation. His trips are another instance of alternate universes bleeding into one another. Asked about that bleed, executive producer Isa Dick Hackett said, "It does seem that way, doesn't it? It is true that clearly Tagomi has travelled, we know that, and we know that the films are coming from somewhere. So we'll continue to see the bleeding all throughout season two."

Executive producer David W. Zucker added that the "correlation" between the two universes would become increasingly clear over the season, but that, for Tagomi's character, "That climax of season one was really to set the course for challenging Tagomi as one who works in service of the occupying forces and discovering a very different purpose, and initiative, and the means to achieve the peaceful objectives he had in season one."

In season one, Tagomi's goal was to avert nuclear war by helping Japan get information on Germany's weapons — hoping, basically, that parity would lead to a cold war and to neither side using the devices. In season two, he's running up against a Japanese government which doesn't want to avoid war and doesn't care what harm the building of its bombs cause. Abendsen is likewise trying to avoid nuclear catastrophe — both of them are characters with other-universe knowledge with a particular goal.

It's unusual parallels like these, between characters you'd never expect, that helps make Man in the High Castle the layered, interesting show it's become.