The People And Things We'll Actually Miss From 2016 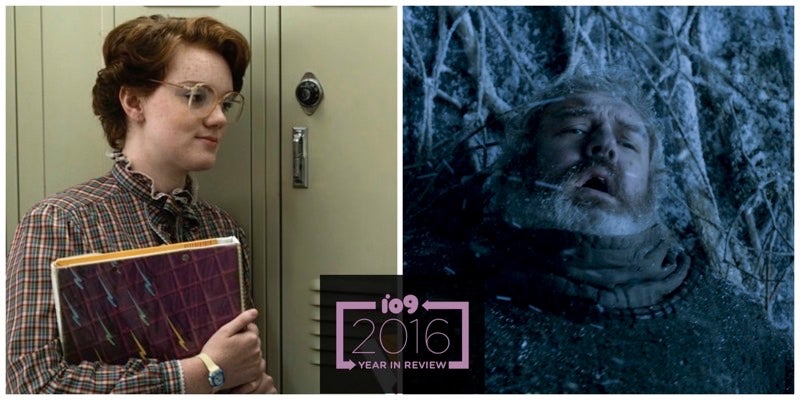 The year 2016 has been exceptionally cruel, particularly in the realms of celebrity deaths and politics. As we gather supplies for the apocalypse bunkers we began constructing on November 9, let's take a moment to look back at the people and things we're really, truly going to miss from this past year.

The actor played R2-D2 in six Star Wars films and served as a consultant on The Force Awakens. He also appeared in films like Flash Gordon, Time Bandits, and Willow. After news of Baker's death became known, Mark Hamill paid tribute by tweeting "He WAS the droid I was looking for." (August 24, 1934-August 13, 2016) 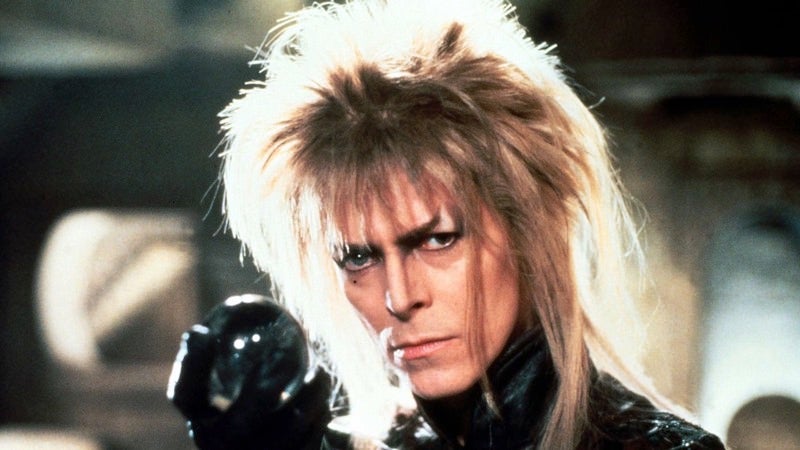 David Bowie as Jareth the Goblin King in the 1986 Jim Henson film Labyrinth.

The legendary musician, actor, and artist who made the world a safer place for the alien in us all also changed lives and expanded minds. (January 8, 1947-January 10, 2016)

One of the best comics artists of this generation, Cooke was known for his distinctive, retro Rat Pack-inspired style, seen in titles like DC: The New Frontier, Catwoman, and The Spirit. (November 16, 1962-May 14, 2016)

The veteran actor played Shepherd Book on Joss Whedon's Firefly and in the show's follow-up film, Serenity. After his death, co-star Alan Tudyk called him "one of the greatest actors to work with." (July 10, 1945-November 25, 2016)

The "Godfather of Gore" helmed a slew of gruesome cult classics, including Blood Feast and Two Thousand Maniacs! Though he left filmmaking in the early 1970s, he got back behind the camera in 2002 to make Blood Feast 2, and always regarded his exploitation-movie days with sheer delight. (June 15, 1926-September 26, 2016) 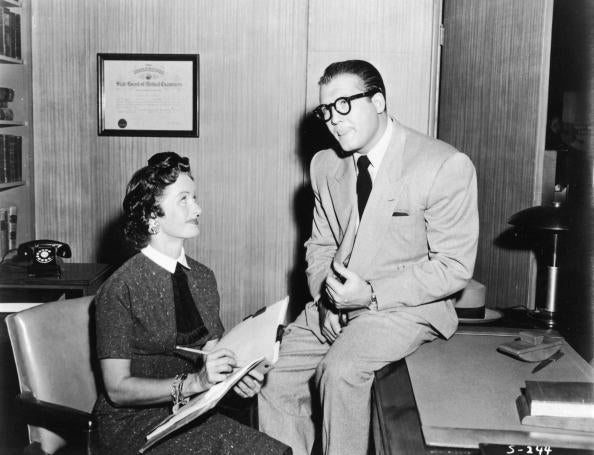 Noel Neill and George Reeves in a still from The Adventures of Superman, circa 1955. Image: Hulton Archive/Courtesy of Getty Images

She was the first actress to play Daily Planet reporter Lois Lane on the big screen; she'd later reprise the character on TV's The Adventures of Superman alongside George Reeves. Neill would continue to be associated with the iconic role throughout her career, in projects like 1978's Superman and 2006's Superman Returns. (November 25, 1920-July 3, 2016)

Like David Bowie, Prince was a multi-talented musician who often seemed more like a fantasy hero than mere human. At one point, right around the time he created the music for Tim Burton's Batman, he became an actual comic-book hero too. (June 7, 1958-April 21, 2016) 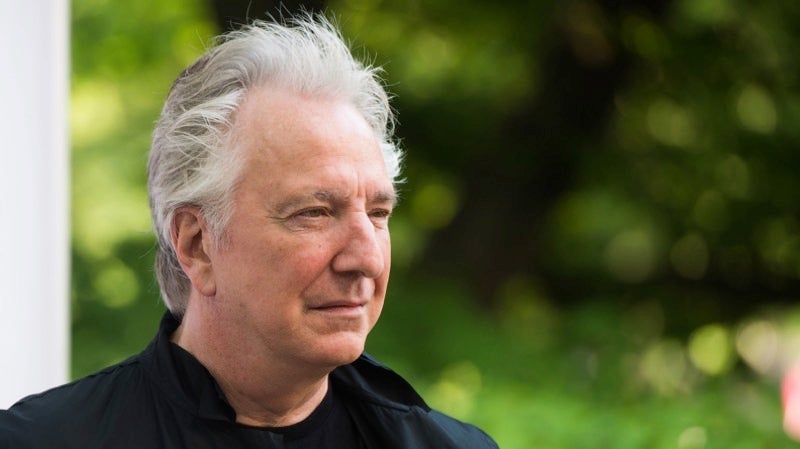 It's very difficult to choose a favourite Alan Rickman performance, though his villains were particularly delicious — there's Snape in Harry Potter, Hans Gruber in Die Hard, and the Sheriff of Nottingham in Robin Hood: Prince of Thieves. Maybe his most quotable performance, though, is Alexander Dane in Galaxy Quest: "By Grabthar's hammer, by the suns of Warvan, you shall be avenged!" (February 21, 1946-January 14, 2016)

The British actor's career in stage and screen stretched back to the 1950s, but one of best-known roles came very late in life: as Maester Aemon of the Night's Watch in the first five seasons of Game of Thrones.  (April 4, 1923-December 6, 2016)

The Academy Award-nominated actor (The Young Philadelphians) co-starred in iconic Western The Magnificent Seven — but his signature role was Napoleon Solo on classic 1960s spy-fi show The Man From U.N.C.L.E. (November 22, 1932-November 11, 2016) 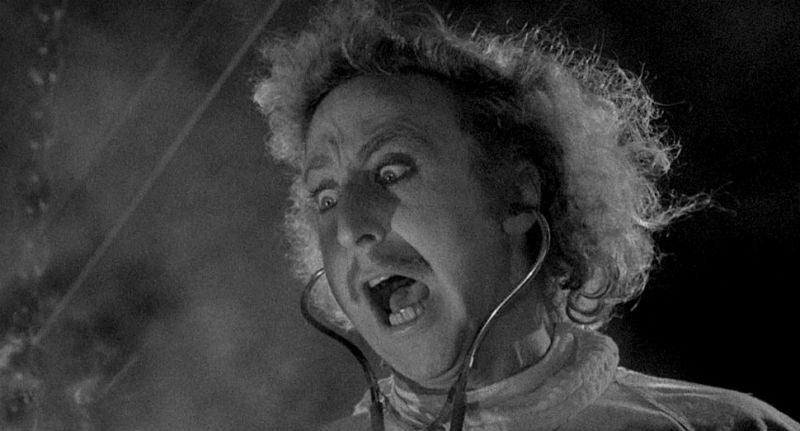 Though he was only 27 when he died, Yelchin had already made quite a cinematic mark. A former child actor, his adult career included roles in Terminator: Salvation, the Fright Night reboot, opposite Felicity Jones in Like Crazy, and playing Chekhov in the recent Star Trek films. (March 11, 1989-June 19, 2016)

The gothic Showtime drama ended its run after four seasons with a definitive plot point (the death of Vanessa Ives, the show's main character played by Eva Green) and a definitive statement from creator John Logan: "It is really over, the end — that's all she wrote."

Over five seasons, the show (created by Westworld's Jonathan Nolan, and produced by J.J. Abrams) transformed from high-concept vigilante drama to one of the best science fiction series ever broadcast. It also had great characters, a sense of humour, nuance, tension galore, and top-flight storytelling.

The show based on the Michael J. Fox movie had surprising longevity, running for six seasons. Creator Jeff Davis is next at work on shows adapted from other genre works: vampire movie Let the Right One In, and H.G. Wells' War of the Worlds. 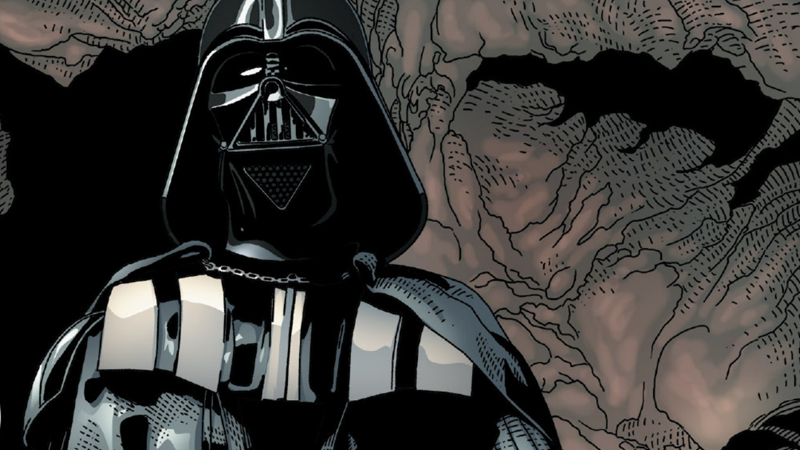 The outstanding series from Kieron Gillen, Salvador Larroca, and Edgar Delgado ran for 25 issues, exploring the iconic villain as a terrifyingly powerful yet unexpectedly funny character — a master of evil, sure, but also a master of tart-tongued insults.

Renae De Liz and Ray Dillon's retelling of Diana's early days as Wonder Woman has been one of our favourite comics around this year — but DC sadly announced recently that its previously-confirmed continuation was no more, leaving one of the best interpretations of Wonder Woman around out in the cold.

Marvel's Barbara "Bobbi" Morse, Agent of S.H.I.E.L.D, came to life in Chelsea Cain, Kate Niemczyk, and Rachelle Rosenberg's eight-issue series, which offered a warm, funny, and complex exploration of the character well beyond her just her Mockingbird persona.

We thought the ending of Tom King, Barnaby Bagenda, Jose Marzan Jr., and Romulo Fajardo, Jr.'s dark, intense sci-fi series was pretty much perfect — but still, we wouldn't have said no to exploring the grim world of Omega Men and its characters, given how consistently excellent each issue of the series was.

This Marvel title from David F. Walker, Ramon Villalobos, Tamra Bonvillain, and Joe Caramagna was the rare mainstream superhero comic that took a searing look at institutional racism. Sadly, it was canceled after just six issues; Walker tweeted that "Quality is not always enough to guarantee success. Comic books are an industry that is driven by money and sales. Sad but true."

After 12 incredible issues, Tom King, Gabriel Hernandez Walta, and Jordie Bellaire's story of Marvel's android Avenger and his (often tragic) quest to make the perfect family wrapped up with an issue that was both dark and oddly hopeful.

Characters We'll Miss (and the Method of Their Demise)

Bludgeoned by Negan's bat. Abraham also died, but we were sort of fine with that.

Mobbed by wights while holding the door.

Sacrificed self to save the team in a huge explosion; of everyone on this list, he's the most likely to make a return.

Accidentally shot in a plot twist that felt a tad too familiar.

Decimated by a demogorgon.

Thanks to the io9 staff for their contributions.