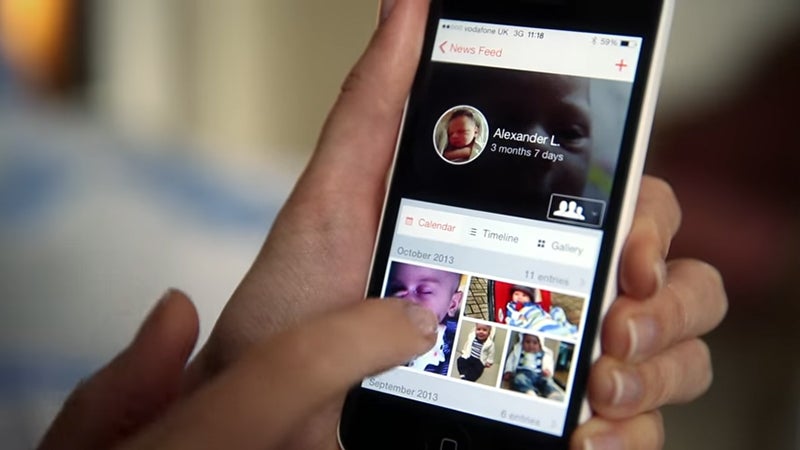 For a lot of us, the only reason you even snap a photo in the first place is so you can share it with family and friends. The problem is, most of the time you don't want to blast all of your friends on Facebook or Twitter with pictures from your kid's birthday party. This can make sharing personal photos a little more difficult. Here are a handful of apps that help mitigate that problem by making it easier to share more selectively. 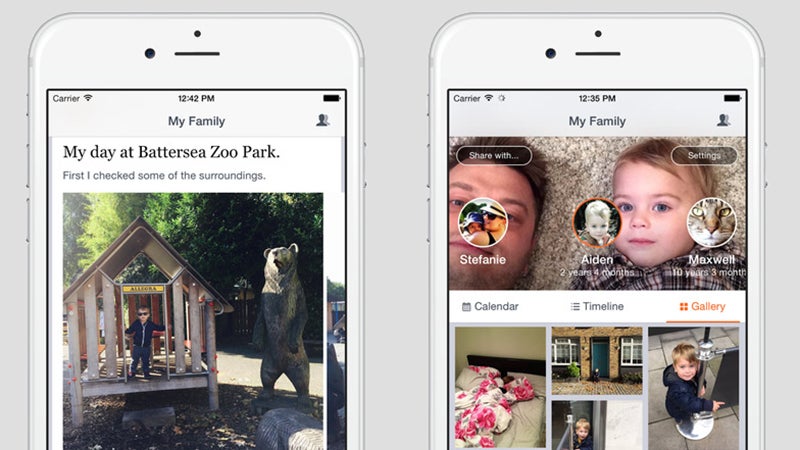 Designed specifically for sharing photos of your young children with a small circle of family and friends, 23Snaps looks good, works well, and can be accessed from the web as well as your mobile devices. Pictures can be easily grouped and captioned and then shared with a list of particular people who can then add their own comments on top.

It's effectively giving you an online journal where you can record all the key moments of your child growing up and then share it with aunts, uncles, godparents, and any other interested parties. The app is pretty flexible too. Your friends and family can follow along on the web or via email if they don't want to install the mobile app themselves. 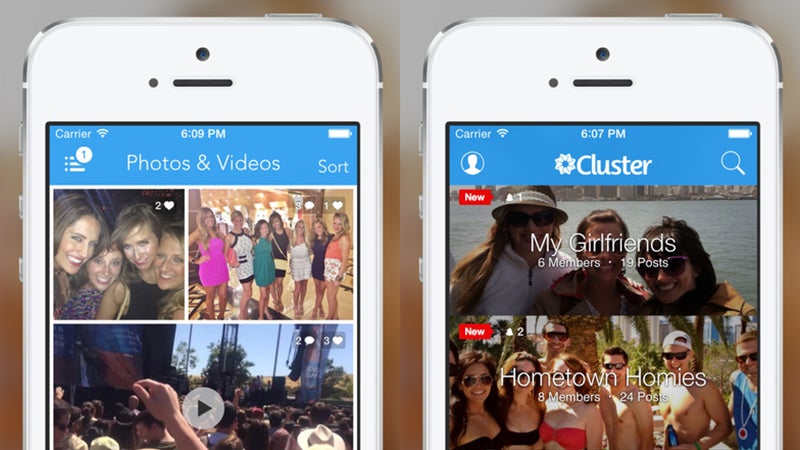 Cluster is one of the most well-known private photo sharing apps at the moment, and it's built around small groups and special occasions. Other than that, it works very much like a standard social network across the web and mobile devices, with notifications, comments, likes, and it supports notes and videos as well as photo sharing.

Crucially you always know exactly who you're sharing with, so there's no chance of a picture going to the wrong person by mistake, and it works equally well for baby showers or vacation road trips. There is the small matter of having to get all your favourite people to sign up for another photo app, which might not be as easy as the actual photo sharing. 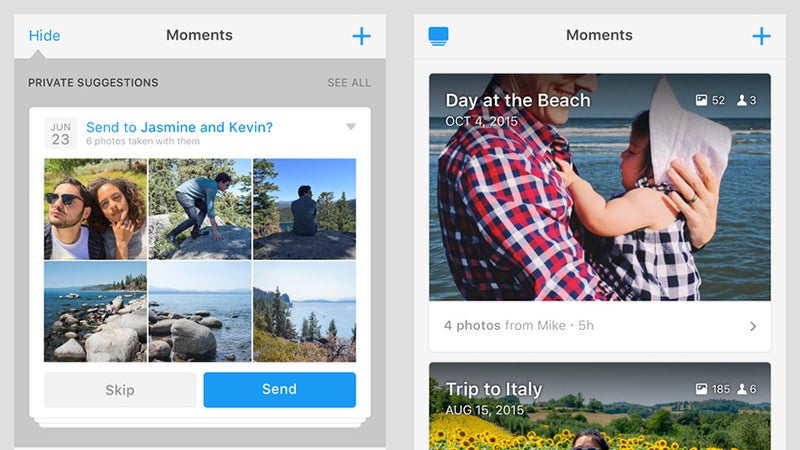 Even Facebook knows you don't want to share all your photos with all your friends, which is why it's been pushing Moments since last year. The app's interface and features (such as facial recognition) benefit from Facebook's engineering know-how, and it's a slick experience throughout, letting you quickly pick out the people you want to share with.

There are some neat smart labelling options involved here too to help you pick out people and places. Of course the trade-off is you're locking yourself even deeper into the Facebook ecosystem (the app links with Facebook, Instagram, and Facebook Messenger), along with all that entails, and you need to get your friends and family to install it too. 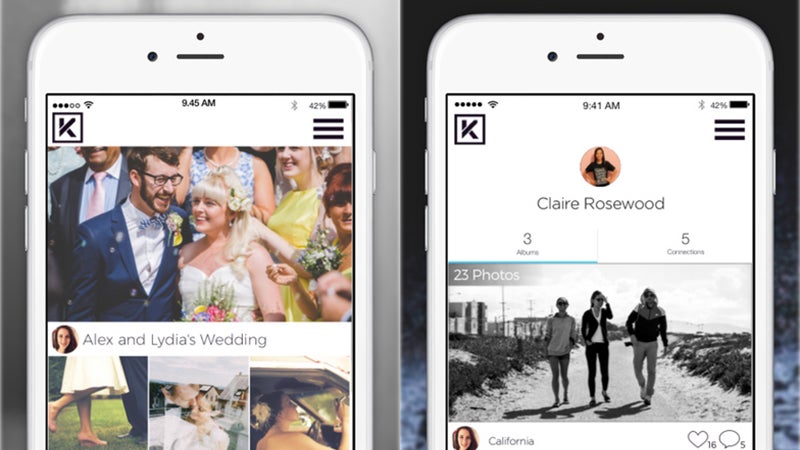 KatchUp has a bit of a broader remit than some of the other apps we've featured here — it includes photo printing for example — but at its core it's focussed on shared albums that you and your invited friends can contribute to. Part of its appeal lies in its simplicity, which means you can quickly get started creating albums themed around anything you like.

The app's based around an intuitive timeline profile view and you can store your photos at their original resolutions for free in the cloud, as well as get at your pictures on the web. There's no video support at the moment, though, and the service is also relatively new, so you might want to wait for it to get more established before relying on it exclusively. 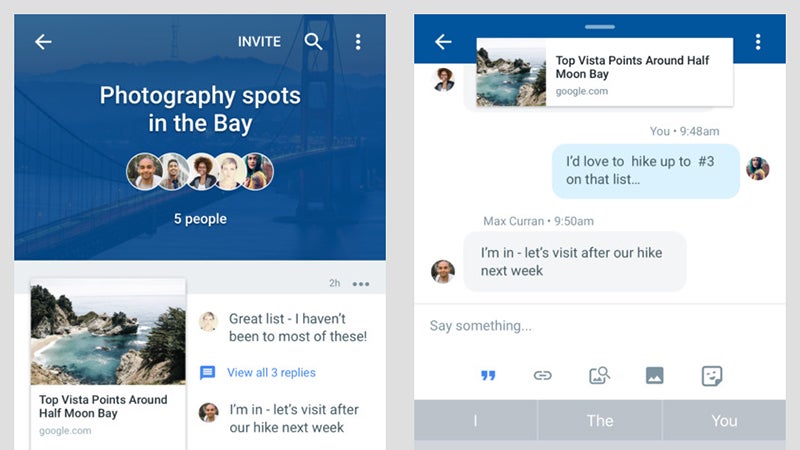 Just like Facebook, Google has seen the way the social media winds have been blowing recently, reacting with Spaces, a place for small group sharing. That sharing can be anything you've found and clipped from the web, but private photo sharing is part of that, and the apps are as slick and powerful as you would expect coming from Mountain View.

The mobile apps and web interface are based around the 'spaces' (groups) you've made, each one is a cascading list of shared content, with comments and notifications included inline. Your spaces can even have custom colours and backgrounds — they're almost like messenger conversation threads, and are most suitable for fast and simple sharing. 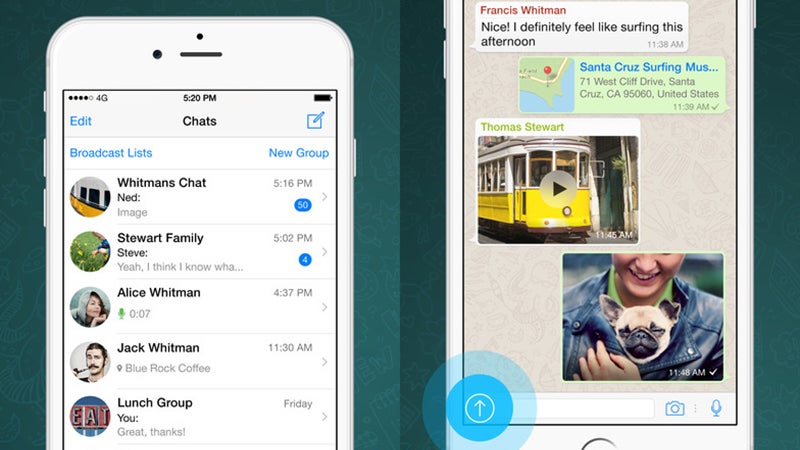 Another option, which a lot of you will probably already be using, is to set up a private conversation thread in a messenger app like Facebook Messenger, WhatsApp, Google Hangouts or something similar. You can choose exactly who's included and what's shown, even if these messaging apps aren't quite as well configured for the job as the ones above.

Looking back through pictures and finding them at a later date can be tricky, and your friends and family may not appreciate having photo updates beamed through in the middle of their regular instant messenger conversations, but it's another option for occasional and hassle-free sharing with a fixed group of people. 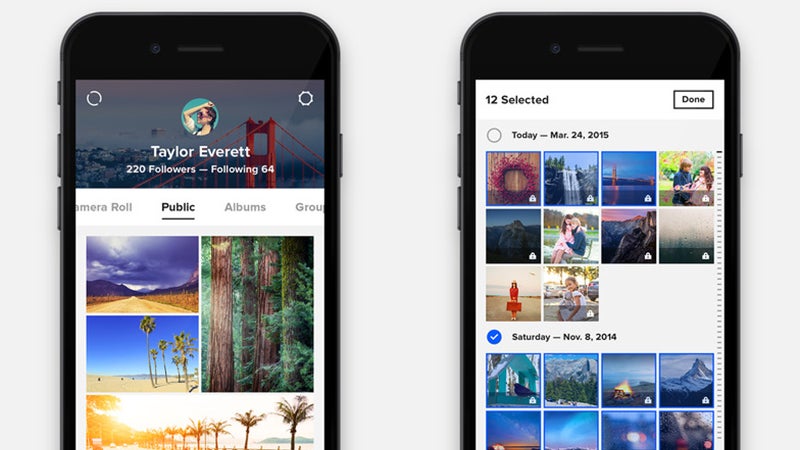 While we've focused on dedicated apps here, any major photo sharing platform worthy of a place on your phone is going to include private album sharing too. You can even keep your standard Facebook albums limited to a select number of people if needed, so you don't necessarily have to jump to a new app if you're happy with what you've already got.

Google Photos, Dropbox, Flickr, and iCloud all have album sharing tools built into them (though some are better than others at it), and they might be a simpler option for you if you've got bundles of pictures already uploaded to a few of these places. For something cleaner and more separate for your private photo sharing, get a dedicated app installed.