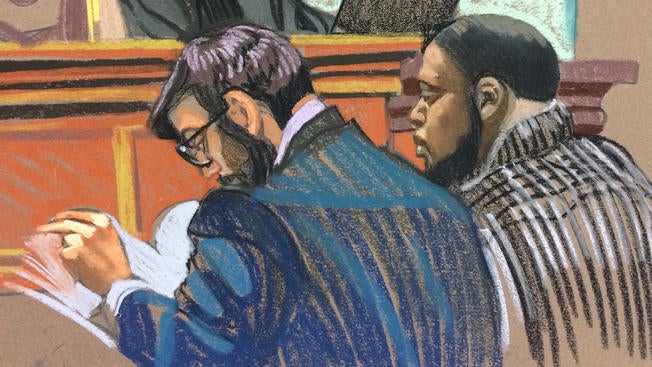 A man has been sentenced to five years in prison for hacking celebrities, social security numbers, nude photographs and trying to sell scripts for popular movies and TV shows. As The New York Times notes, his five year sentence is almost twice the length suggested by US federal sentencing guidelines for hacking.

According to the initial complaint, Alonzo Knowles hacked multiple celebrities, and then arranged a deal with an undercover FBI agent to fly to New York and sell scripts for $US80,000 ($107,043). Knowles showed remorse when he pleaded guilty in May, apologising and admitting he had done wrong.

It's unclear exactly what celebrities Knowles hacked, as their names are redacted in court documents. But the documents say that Knowles had hacked major ones, and stolen scripts from hit TV shows. Knowles gained access to his victim's computers by sending them malware, or by using good ol' fashioned phishing attacks, court documents say.

The most hilarious part of this case are the sociopathic emails Knowles wrote from gaol to an unidentified woman:

AK: ….And with the book im on some dgaf type way…Im name dropping everyone involved and what I know and im including pictures of paperwork that aint public. I'm charging $US35 ($47) I think its gonna be worth it. This gonna be the most talked about thing on tv and im gonna hack people twitter to promote it lol lol….
[Woman]: …lol u coming out to be a savage eh? Lmfao exposing everyone…
AK: …and yahh it aint really to expose people its just to make money.. everyone loves gossip. I cant wait to get out i already know how the cover is gonna look…﻿

And chat logs obtained from an iPad show that even before he was locked up Knowles bragged to a friend about hacking a professional athlete:

AK: And I just crack one [Professional Sports League] player card
Friend: Das free money
Friend: Lol
Friend: Facts
AK: You know [the Athlete]?
Friend: Yeah for [Sports Team]
AK: Yah him I ain use it yet tho
Friend: Lol AK: He make 2 millions this year gotta be strategic with it Friend: Lol how tho A
K: I hack his girl phone
Friend: u is a cold lion
AK: [Blank]
AK: Platinum card too it black
Friend: "If you a hustler then do what you do, you trynna get fed I can't take that from you"

It seems Knowles also boasted about talking to a "white man in a suit with this big money" who, it turns out, was actually an undercover FBI agent.

AK: Dis big money.
AK: You know if I on [FaceTime] with a white man in a suit this big money.
Friend: Forreal.
AK: I then looking at the new bmw
Friend: [Expletive] ain't wasting no time﻿

At least he's smart about coming up with good email addresses.