Giftmodo: Christmas Gifts To Help You Survive And Prosper After The Apocalypse 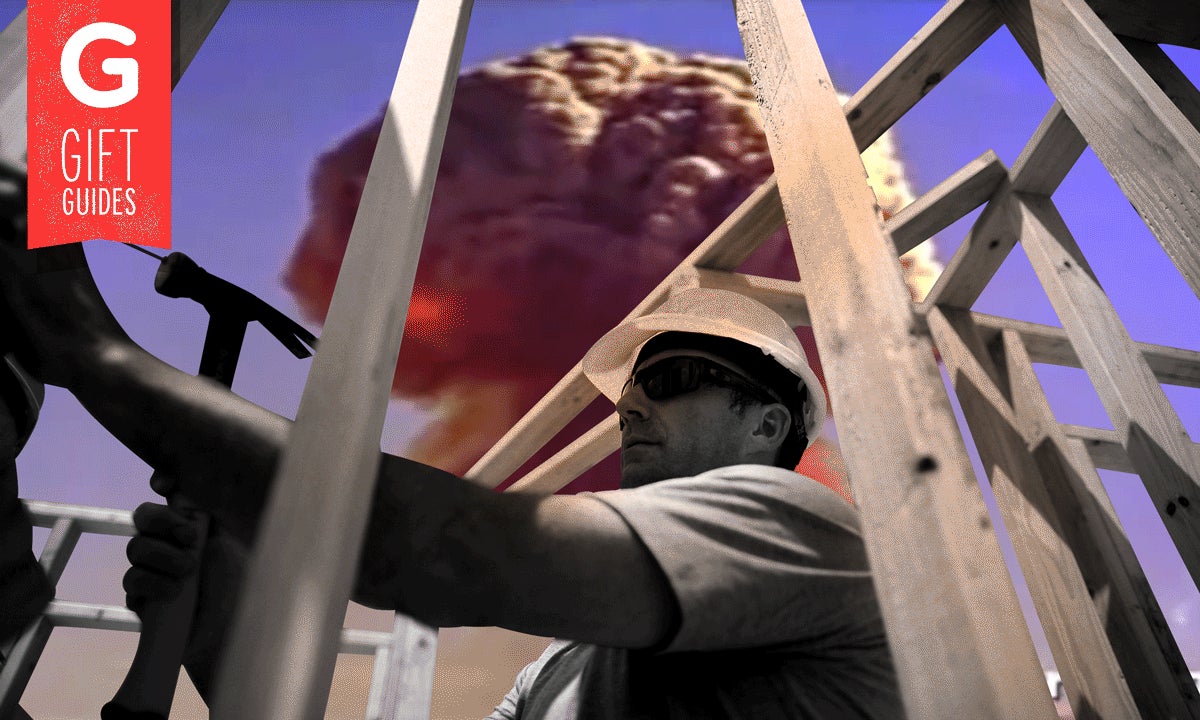 All things must come to an end, including human civilisation. Whether it's a superbug pandemic tomorrow or a supernova sun in billions of years, one day, somehow, the apocalypse will arrive. You and your loved ones should plan on being ready for it this Christmas, and ready for what comes after.

Here are eleven damn useful holiday gifts to ensure that you not only survive the End Times but rebuild and prosper, zombie hordes be damned.

Based in the heart of Silicon Valley, OPPO Digital designs and markets high quality digital electronics that deliver style, performance, innovation, and value to A/V enthusiasts and savvy consumers alike. From market-leading 4K Blu-ray players, the state of the art Sonica multiroom speakers, and the planar magnetic range of hi-fi headphones, OPPO Digital is the leader in video and audio reproduction. 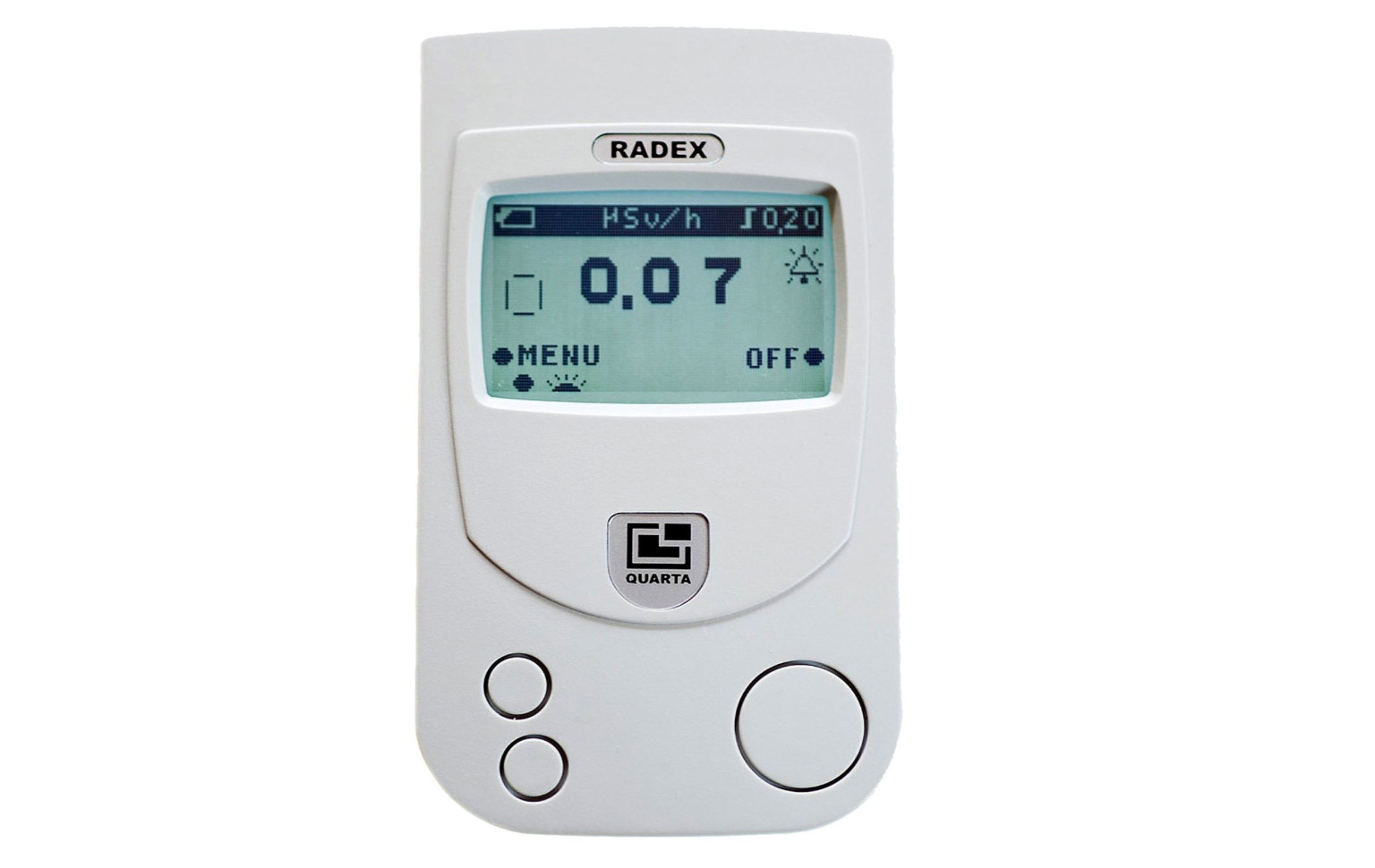 Living in an apocalyptic wasteland, you're naturally going to be concerned about nuclear radiation. That's where Quatra-Rad's RADEX 1503+ high accuracy geiger counter and radiation detector can help. This handheld device can be used to measure beta, gamma, and x-ray radiation, so you'll never have to wonder if that meal you just scrounged up is going to make your insides explode. It's got an easy-to-use interface, and an audio and vibration alarm that will go off when you venture too close to an area bathing in radioactive waste. It takes a pair of AAA batteries, so you'll need to stock up on those too before armageddon hits. (Amazon, $US152.95) 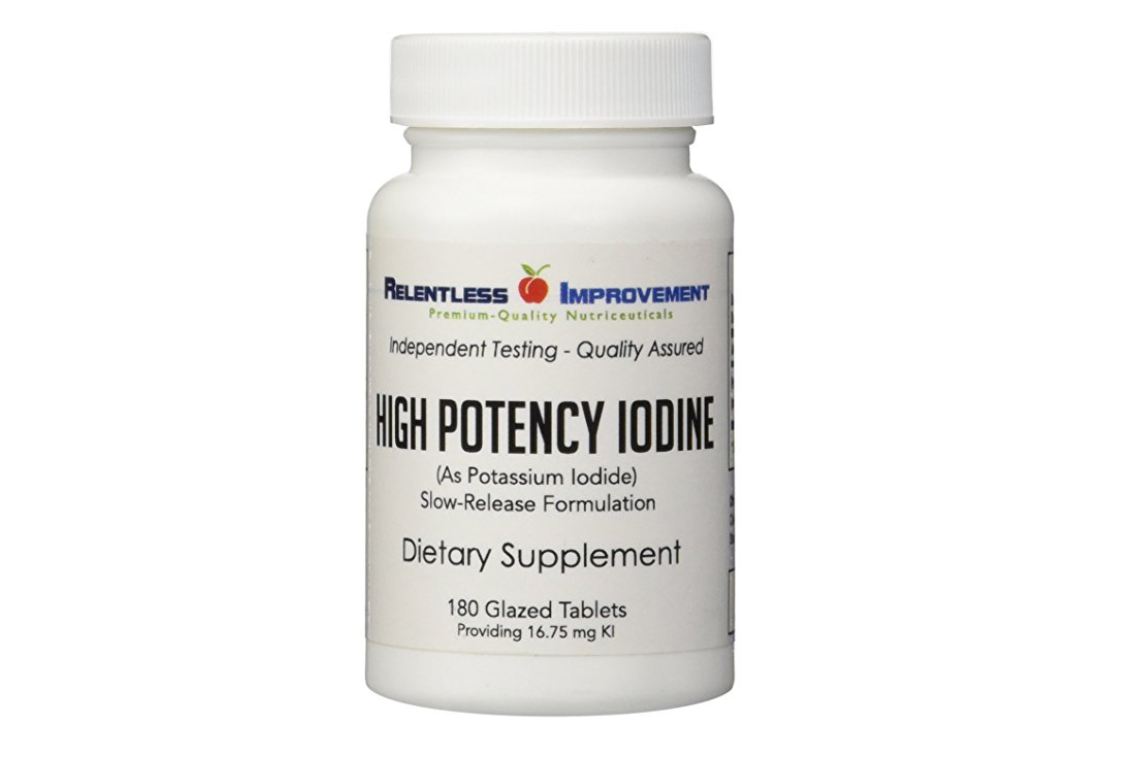 Speaking of radiation, you're also going to want to load up on some high-potency potassium iodine. Known as KI to chemists, this chemical compound prevents radioactive iodine from being absorbed by the thyroid gland, which is a very good thing seeing as your thyroid plays critical role in metabolism, growth, and development.

When a person ingests potassium iodine, the thyroid gland becomes "full," preventing radioactive iodine from filtering in for 24 hours. Pop one of these suckers if you're at risk of being zapped by some gamma radiation, and you can rest with ease. Do yourself a favour and grab a bunch, but pay attention to those expiration dates. (Amazon, $US16.95) 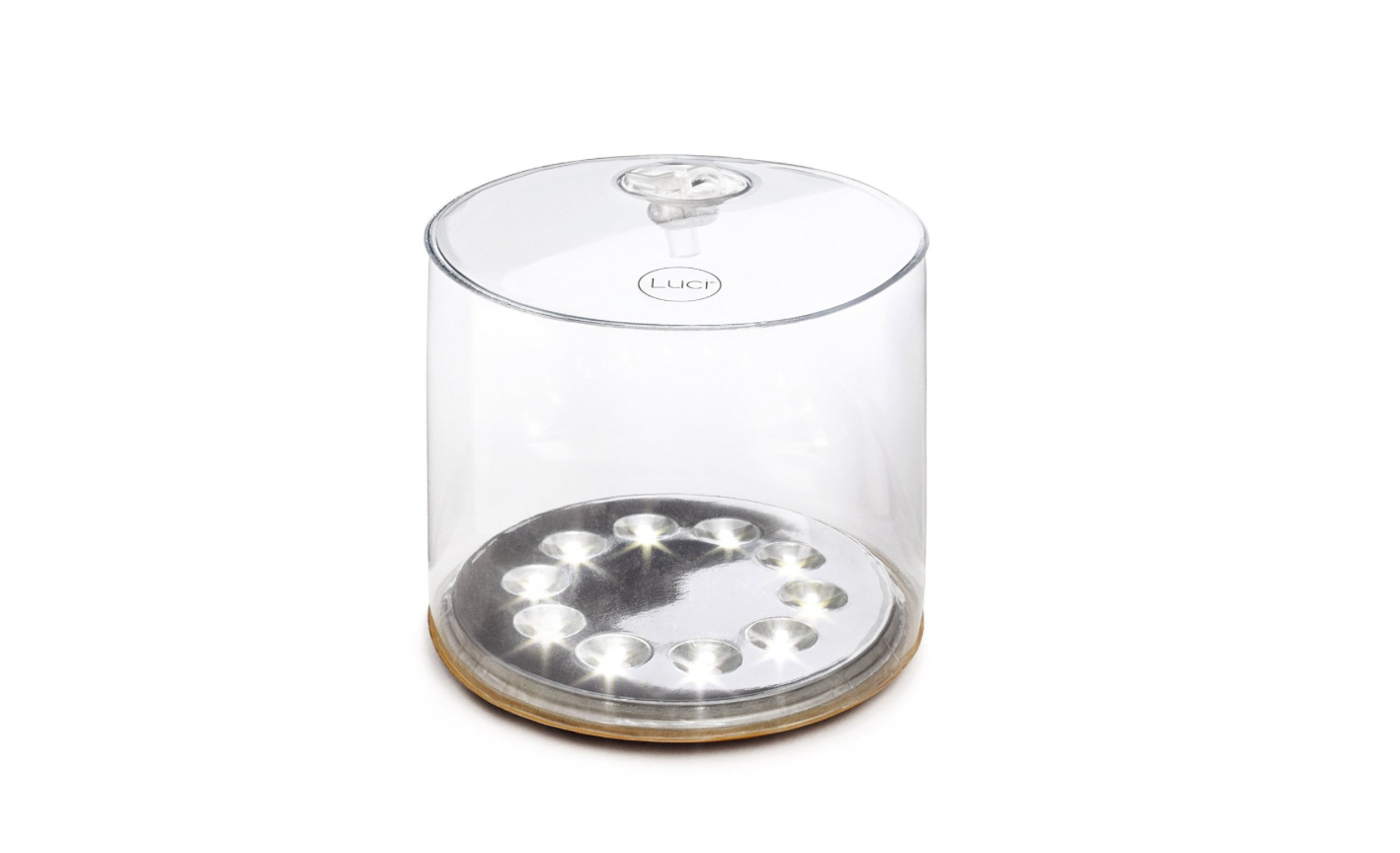 The apocalypse may sound dark, but your survival bunker shouldn't be. Provided this isn't a Matrix-esque robots-blacking-out-the-sky situation, MPOWERD's solar-powered LED lantern will keep your long nights illuminated, lasting up to 12 hours on a single, seven-hour charge. And if you're planning to go backpacking through civilisation's wreckage, don't forget to bring it along, too. The lantern is collapsible, waterproof, and weighs just 2kg. (Rays Outdoors, $25) 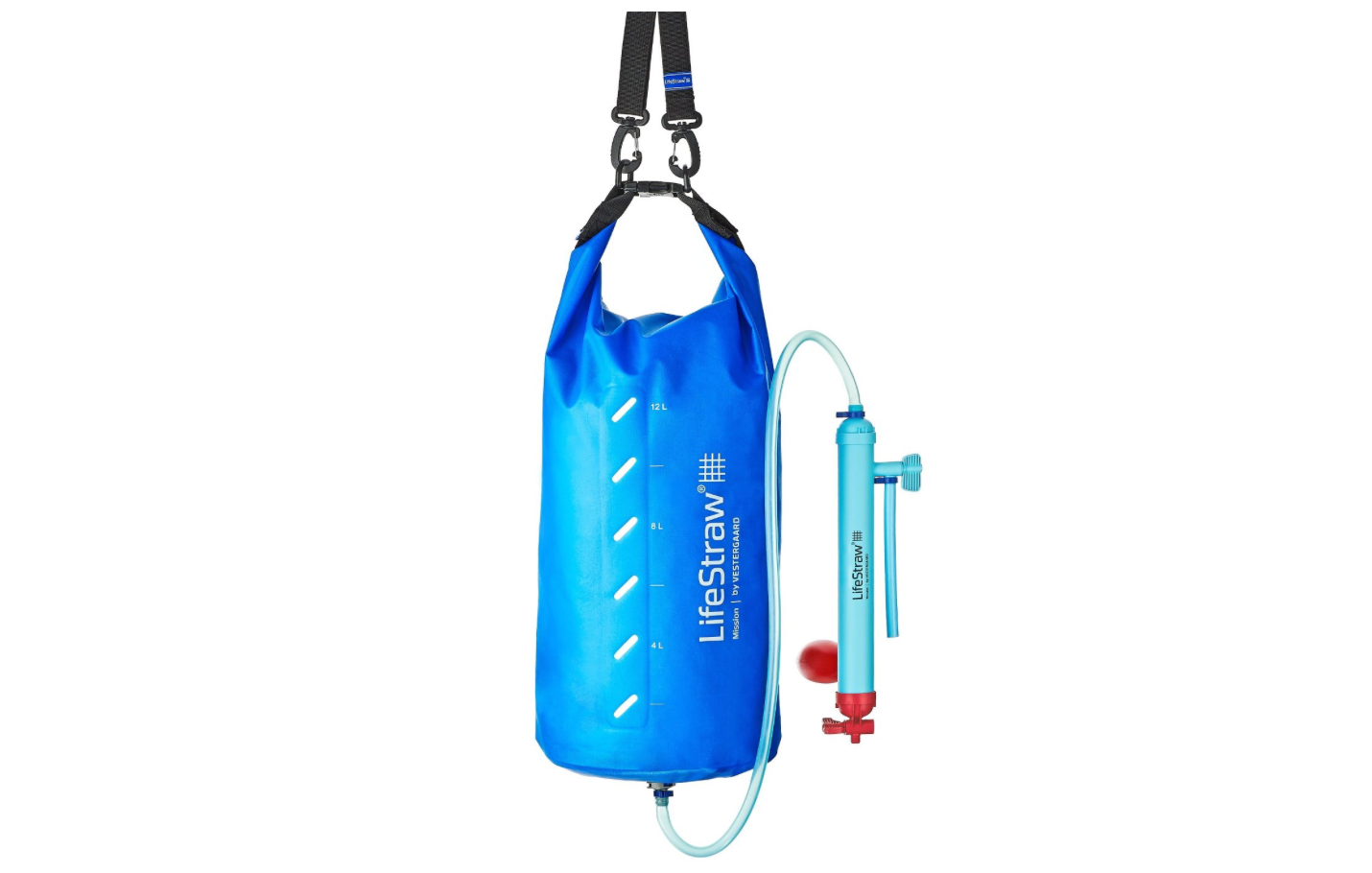 Of all the ways civilisation could end, a bio-apocalypse has to be of the scariest. After all, survivors are just one contaminated drink away from agonizing death (followed by re-animation as a zombie, obviously). To survive, you'll need a water purifier that can remove all sorts of deadly bugs, from anthrax spores and bubonic plague to tiny, genetically modified superviruses. Available in 5 and 12 litre sizes, LifeStraw's gravity-fed water filter is rated to remove 99.99+ per cent of biological contaminants, and has a lifetime capacity of 18,000 litres. (BCF, $39) 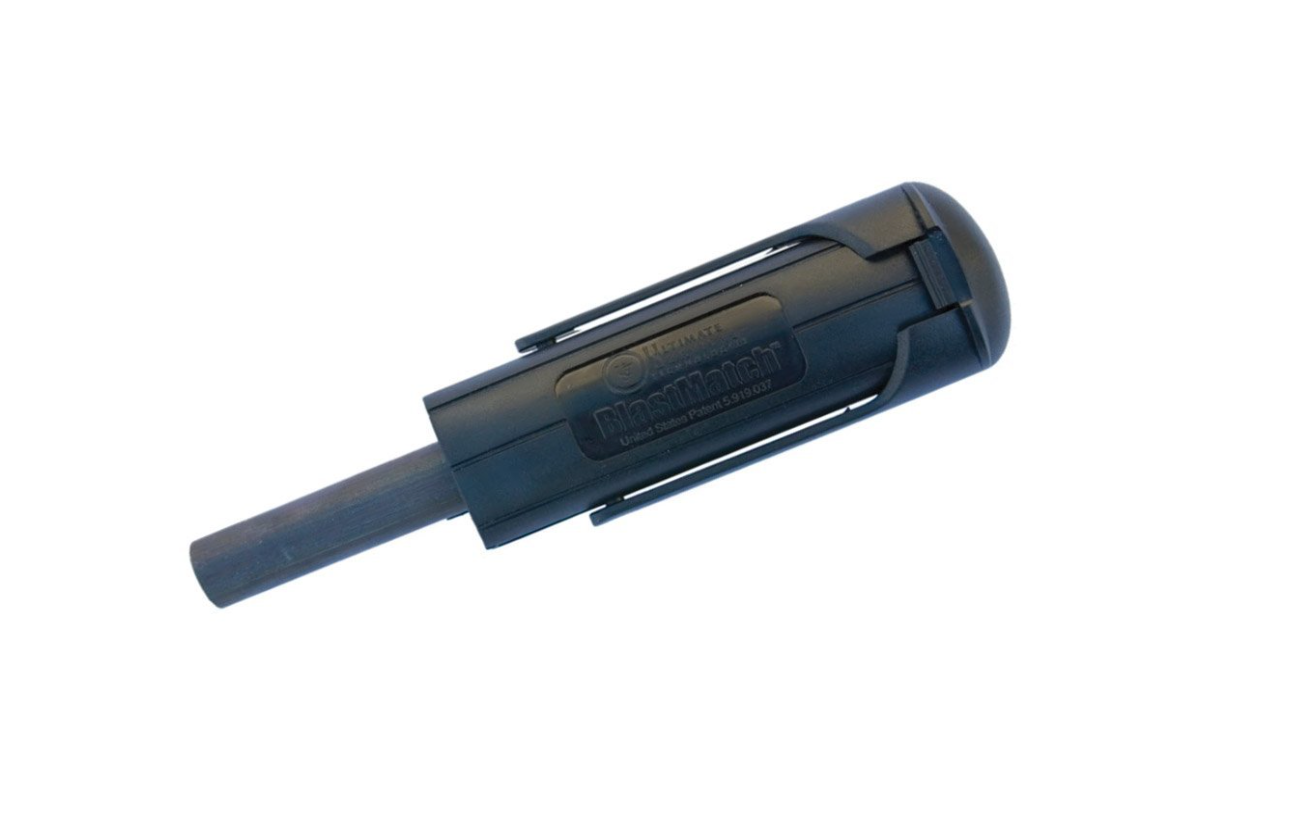 You're going to have a lot of new skills to learn once armageddon hits. With a good fire starter, at least, you can ensure your meat is properly cooked until you master the art of striking flint against knife. This handy survival device ignites in rain or shine, and is good for up to 4,000 strikes — which gives you plenty of time to figure out how to make fires the old fashioned way. (Amazon, $US19) 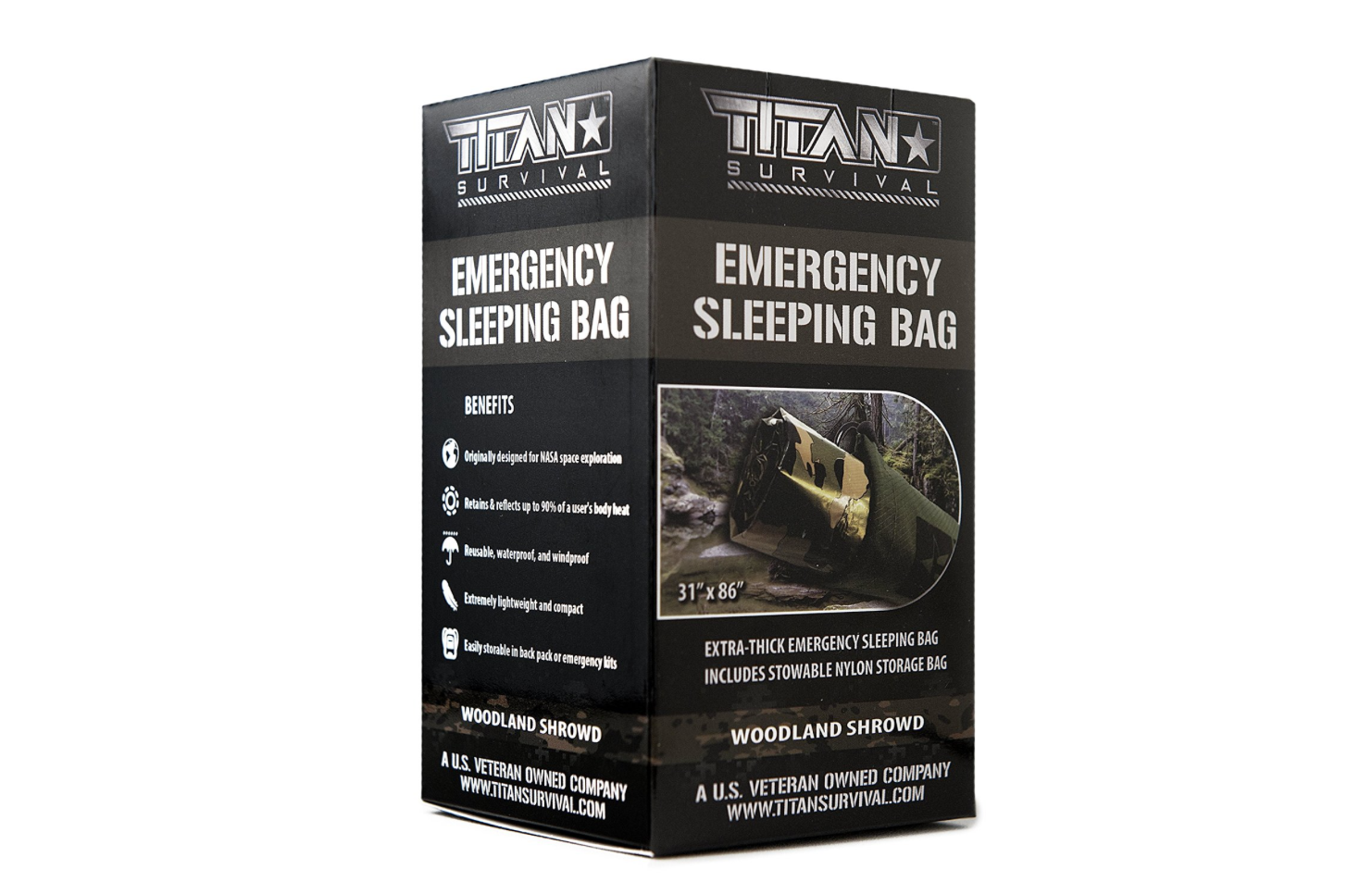 Rated to keep astronauts warm during space exploration — provided you also have a decent spacecraft — TITAN's emergency sleeping bag is a must-have for apocalypse survivors seeking to weather the most extreme environmental changes. (Remember Snowpiercer? A climate apocalypse doesn't necessarily mean global warming.) Best of all, this extra warm sleeping bag packs into a nylon drawstring bag that will fit comfortably in your survival pack. (Amazon, $US19) 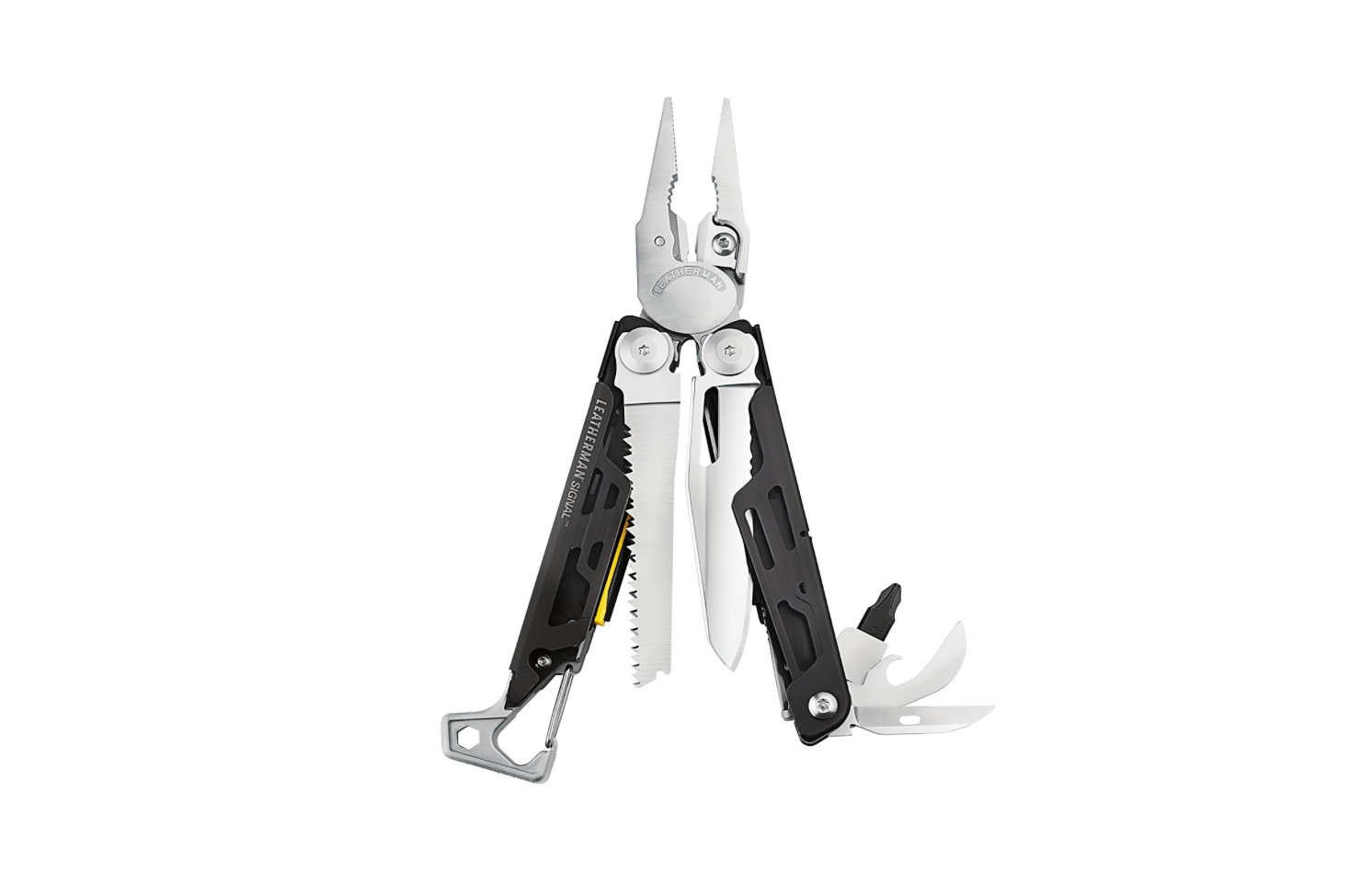 Described as one tool with "a couple thousand uses," Leatherman's Signal multi-tool won't solve all of your problems in the apocalypse, but it will solve a lot of the little ones, from cutting through barbed wire fences to picking locks to opening all of those canned rations you're going to be eating. The multi-tool features two kinds of pliers, wire cutters and strippers, a combo knife, a saw, a hammer, a box wrench, and more. The only tool I can't imagine getting much use in the apocalypse is the safety whistle. (Leatherman, $283.50)

Eventually, you're going to have to get used to a low-tech lifestyle after civilisation collapses. But with a little care and a sun-powered charger, your beloved smartphones, tablets, and laptops might last a long time — definitely long enough to memorise every movie and TV show you downloaded back to front. Goal Zero's Nomad 7 Plus USB charger is compact, lightweight, and rated to convert about 20 per cent of the sun's energy into sweet, sweet electricity, enough to charge two devices simultaneously. Of course, if nuclear winter forces you to migrate underground, get used to reading paper books again. (Goal Zero, $159) 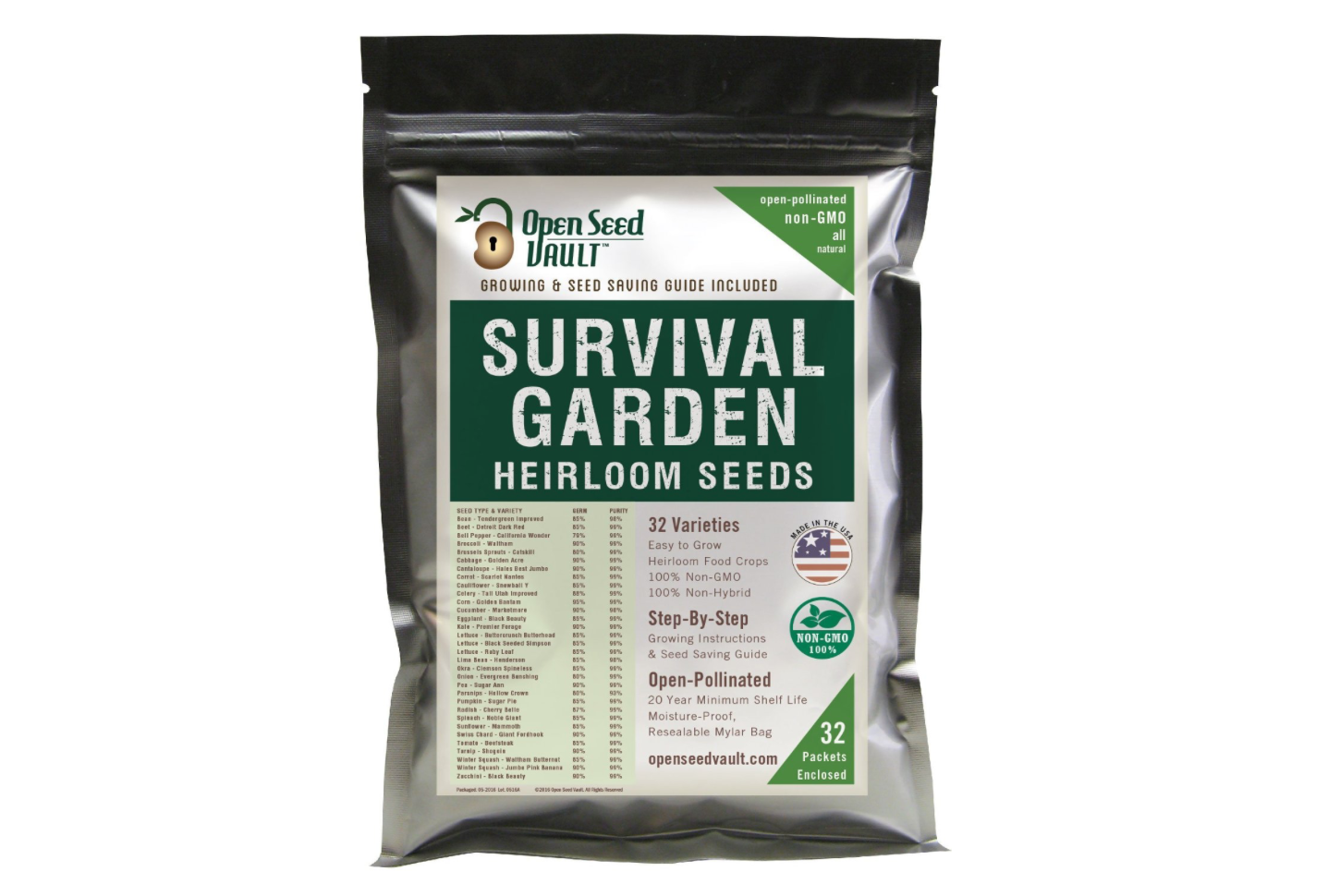 One of my favourite apocalypse writers, Paolo Bacigalupi, thinks a lot about the future of food. In his hit science fiction novel The Windup Girl, aggressive genetic modification of the global food supply renders our staple crops susceptible to horrific diseases. Only after generations of ecological destruction do scientists realise the error of their ways, and begin hunting for lost genetic diversity to fortify the world's dwindling food supply.

Whether or not we're in for a GMO-trigged ag-pocalypse, the ability to grow a variety of foods will be critical to our long-term survival after collapse. With 32 varieties of fruits and vegetables from corn to kale to cantaloupe, this 15,000 seed survival garden is going to be your lifeline, so keep it somewhere safe. (Amazon, $US17) 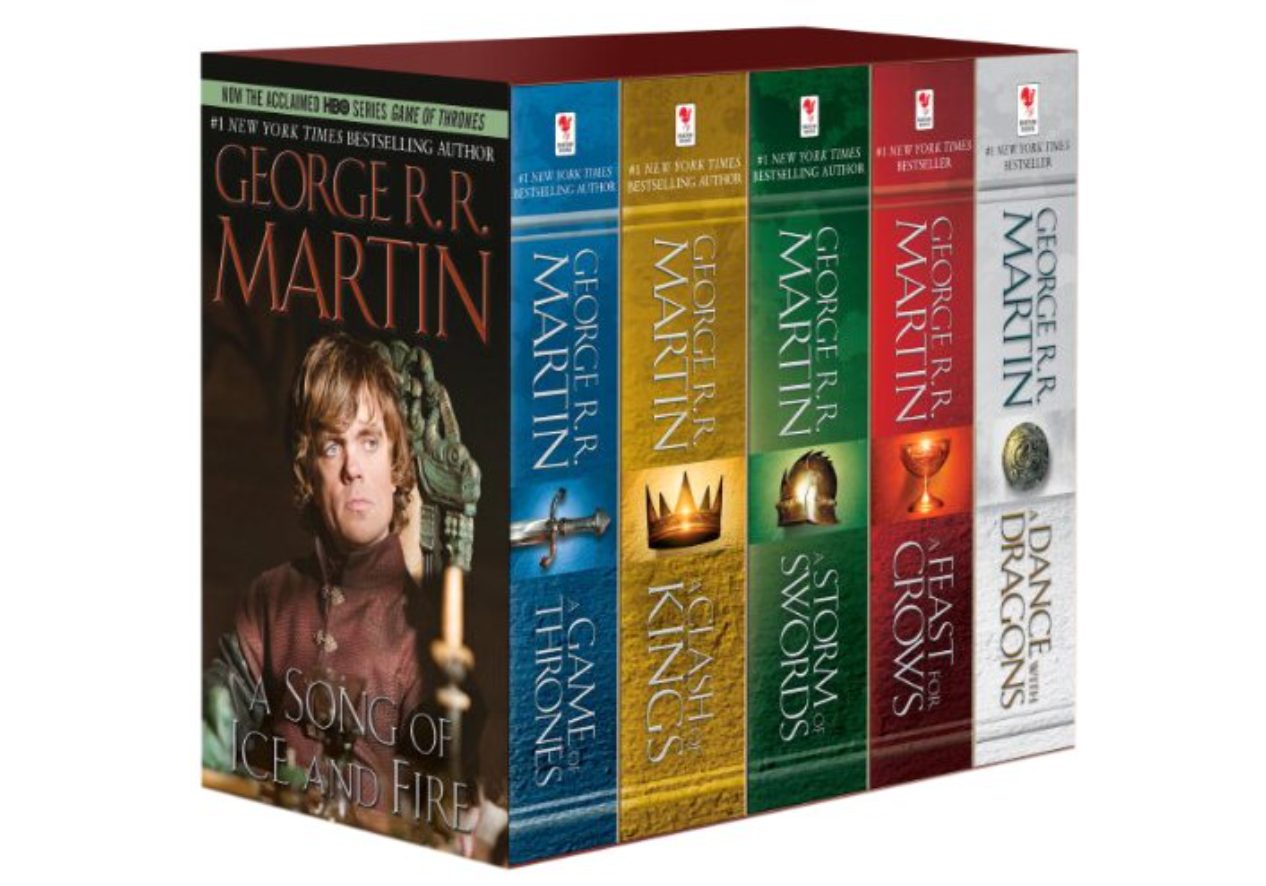 Nothing like an actual armageddon to make violent fantasy realms seem pretty relatable, am I right? Entertainment is a must in the post-apocalyptic future, and if your people can't get their kicks from stories, they're going to start torturing animals. With this <a href="https://www.amazon.com/George-R.-R.-Martin/e/B000APIGH4">27-Blu-ray set of George R.R. Martin's Game of Thrones series, you can relive the exhilarating adventures of Starks, Targaryens and Lannisters long after HBO's dead. 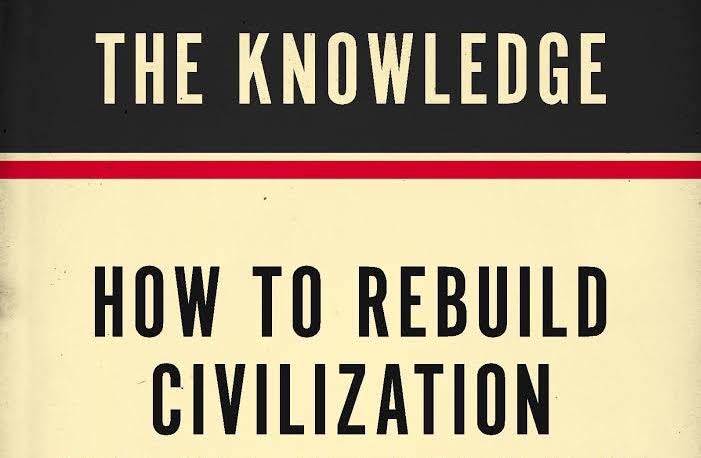 The Knowledge: How to Rebuild Civilisation in the Aftermath of a Cataclysm, by Lewis Dartnell

Surviving the apocalypse isn't just about fighting off zombies and cannibalistic road warriors, although those bits are important and exciting. Eventually, once you and your fellow survivors establish a secure base, you need to think about rebuilding civilisation. Lewis Dartnell's The Knowledge will help you get started.

We take for granted the centuries of accumulated learning, in everything from mining to medicine, that's enabled countless technologies and consumer goods to permeate our lives. But after the global supply chain and industrial-scale production collapses, we're going to have to learn how to do a lot of things from scratch. Want to build a radio? First, you'll need to extract metals from the ground, produce electricity, and learn to solve problems like an engineer. Dartnell's apocalypse guide is a brilliant primer on all of this and more. (Amazon, $US15)