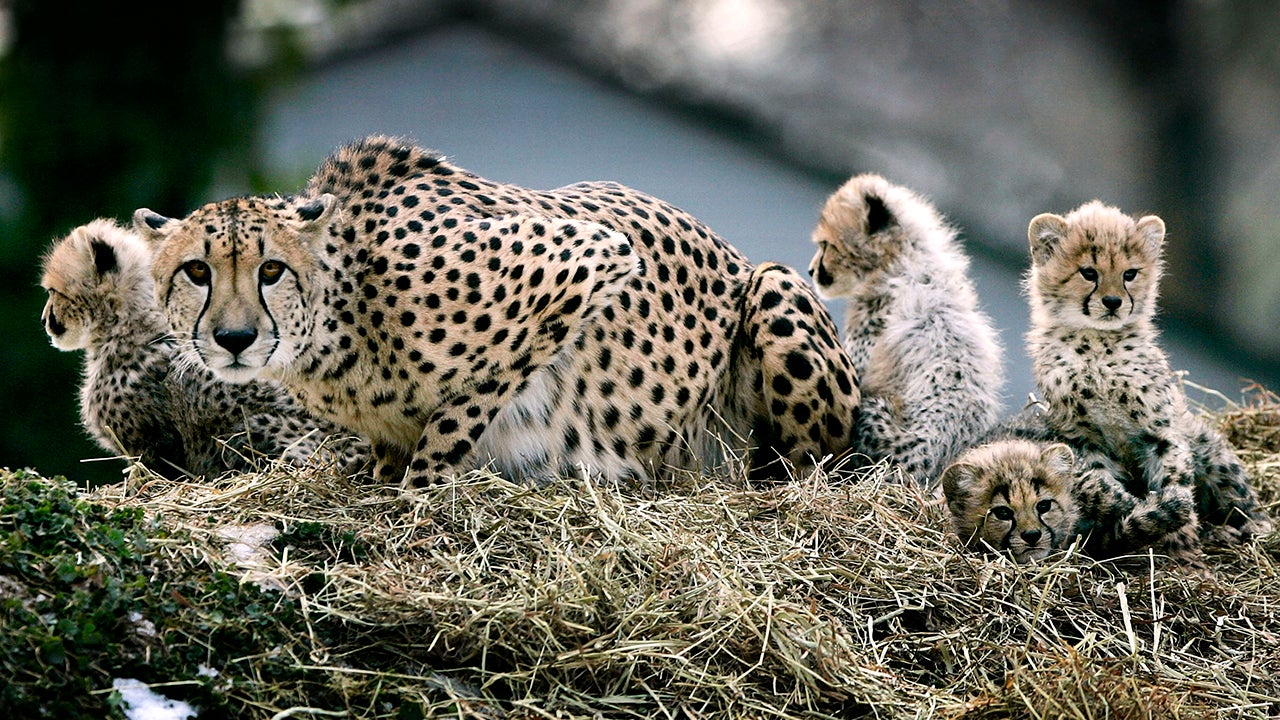 Cheetahs, the fastest animal in the world, are on the brink of extinction according a study published Monday in the Proceedings of the National Academy of Sciences. There are only 7,100 cheetahs globally, and their population has declined rapidly since the late 90s. For example, in 1999 there were 1,200 cheetahs in Zimbabwe. Fast forward 16 years, and only 170 cheetahs are left there.

The study, which was led by the Zoological Society of London, Panthera and Wildlife Conservation Society, reported that the cheetah population of Asia had suffered the most. These scientists found "fewer than 50 individuals remaining in one isolated pocket of Iran," and are now calling for cheetahs to be considered "Endangered" instead of "Vulnerable" on the IUCN Red List of Threatened Species.

The cheetah population has declined so rapidly, in part, because they require such a large amount of space for their habitat, "77% of the cheetah's habitat falls outside of protected areas," meaning they are extremely vulnerable to "human pressures." This includes habitat loss due to human development, the illegal trade of cheetah parts and cheetahs as exotic pets, as well as losing their prey due to overhunting by humans.

Director of Panthera's Cheetah Program, Dr. Kim Young-Overton, said, "The take-away from this pinnacle study is that securing protected areas alone is not enough. We must think bigger, conserving across the mosaic of protected and unprotected landscapes that these far-ranging cats inhabit, if we are to avert the otherwise certain loss of the cheetah forever."

If cheetahs go extinct, it's because of humans.