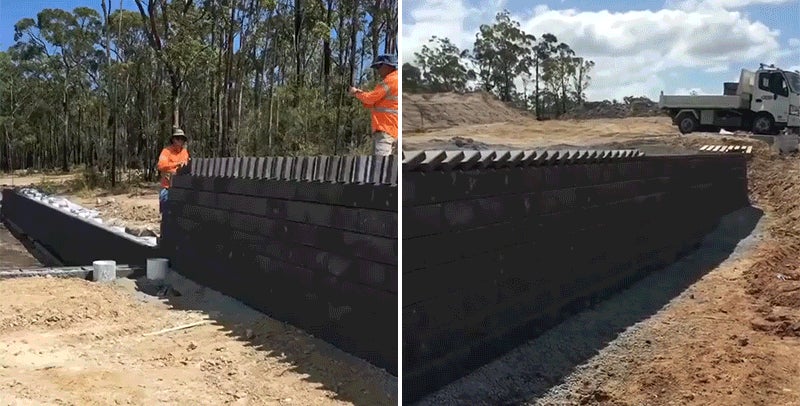 Video: A group of Australian bricklayers found a clever to way to work smarter, not harder, by turning the top layer of a brick wall into a run of over-sized falling dominoes. You'll want to watch the video all the way through, because something completely unexpected happens when the last brick topples over.

As the bricks start falling and landing on each other, you probably wondered why the bricklayers were making more work for themselves for just a few minutes of internet fame. But then the last brick falls, sliding just far enough for the previous brick to also fall perfectly into a place, starting a chain reaction that runs all the way back to the beginning.