Why Can’t The Empire Design Things Without One Very Obvious Exploitable Flaw? 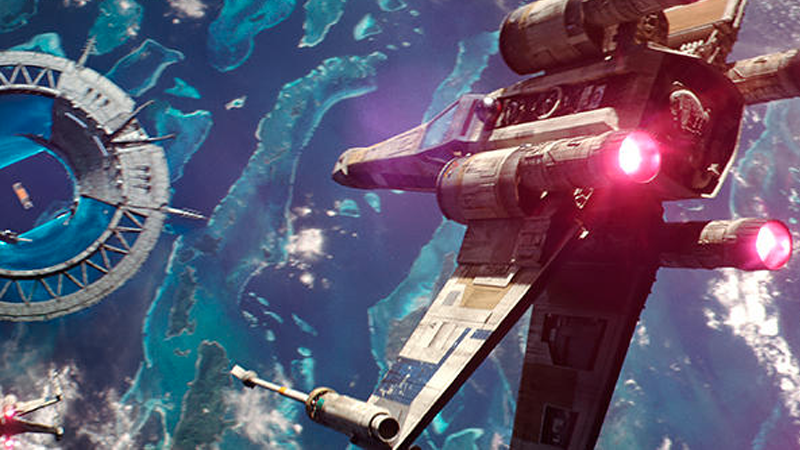 Ladies and Gentlemen, Rogue One has found its exhaust port. It’s not the one attached to the Death Star, of course — that has to be saved for A New Hope. But now we know a little more about the base the Rebels will have to assault in the new movie, and just how simple it is for them to exploit.

As part of its latest cover story on the film, Entertainment Weekly has new details about the Shield Gate, the Imperial station orbiting the planet Scarif we’ve recently seen in a few international trailers filled with snippets of the movie’s space battle sequences. Well, we thought it was a space station. In fact, the Shield Gate does exactly what it says on the tin: It’s the one hole that lets ships pass through the planet Scarif’s massive planetary shield, according to producer John Swartz:

You can see the blue sheen surrounding the entire planet. The shield gate is the security. As Imperial ships and cargo comes through, it punches a hole in the shield so they can pass. The gate officer gives clearances as they give out their call signs.

Scarif is considered the heart of the Imperial military industrial complex — it’s where Krennic spends his time and where the Empire designs much of its weapons technology. So the Rebels’ mission to land on the planet begins with them bombing the Shield Gate, exploiting the one flaw in the otherwise impenetrable system that will allow them to land teams on the planet below.

Also, as has been pointed out several times already, it’s totally like that bit in Spaceballs.

Rogue One is literally Spaceballs pic.twitter.com/VX0ggLbaZk

I wonder if the passcode is still 12345? Either way, the Imperials should probably consider firing the designers that keep putting such obviously exploitable weaknesses in all of their designs.