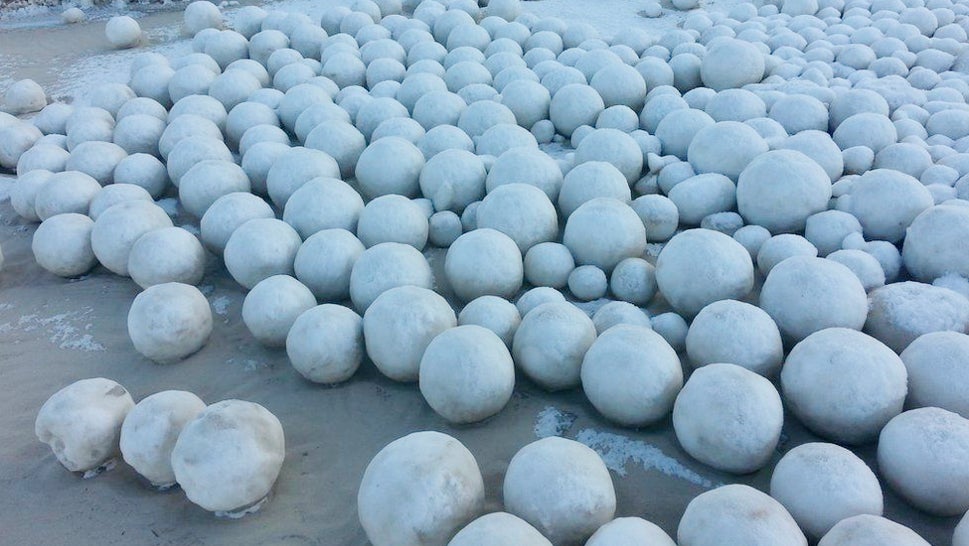 Incredible photographs from a beach in Nyda, Siberia, show thousands of naturally formed snowballs spread across an 18km stretch of coast. This is now officially the best place in the world to have a snowball fight.

The giant snowballs began to appear on the beach about a week and a half ago. Locals in the village of Nyda, which is situated on the Yamal Peninsula just above the Arctic circle, have never seen anything quite like it. The balls of ice and snow range in size from several centimetres across to almost 90cm wide – and they number in the thousands.

Checkout these rare, giant snowballs that formed on a beach in Siberia, and more great videos in our Gallery: https://t.co/rsCFE0QTZP pic.twitter.com/IlCKsRDUs4

The snowballs look as if they were meticulously crafted by hand and then strategically placed across the beach, but they formed through natural processes. As Sergei Lisenkov from Russia’s Arctic and Antarctic Research Institute explained in the Siberian Times, they’re caused by a rare environmental process in which small pieces of ice form and are rolled by the wind and water:

When the water in the gulf rose, it came into contact with the frost. The beach began to be covered with ice. Then the water began to slowly retreat, and the ice remained. Its pieces were rolling over in the wet sand, and turned into these balls.

It is a rare natural phenomenon. As a rule, grease ice forms first, slush. And then a combination of the action of the wind, the outlines of the coastline, and the temperature, may lead to the formation of such balls. 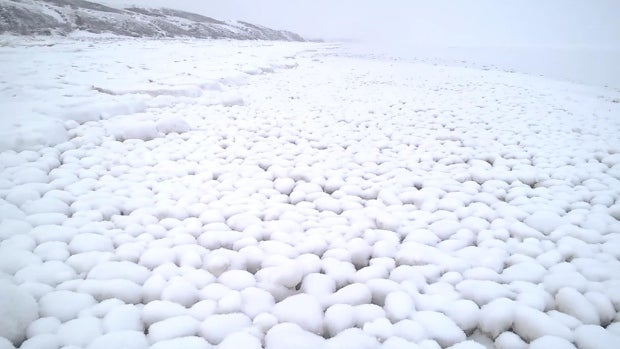 Though exceptionally rare, this sort of this has been seen before, including in 2014 when balls like these appeared on the Lake Michigan shoreline.