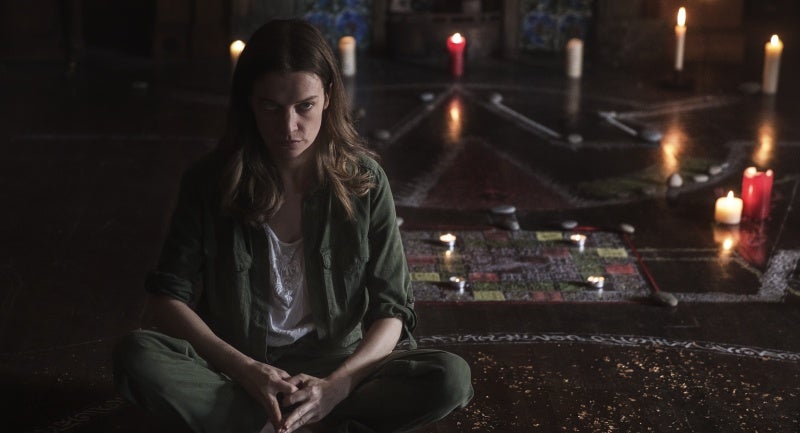 Video: Characters in horror movies usually work to keep demons away. In A Dark Song, it’s the opposite. As you can see in this first trailer, when two characters tirelessly work to raise the undead, the result is as creepy as it is surprising.
Directed by Liam Gavin, A Dark Song recently played at Fantastic Fest, where we saw and loved it. The film follows a woman who recruits a man to help her go through a very complicated, year-long ritual of black magic. Why? She won’t say. How will he do it? It’s purposely vague. But as we get the answers to those questions, things get weirder and scarier. Though the film has primarily been on the festival circuit, now you can get a sense of the terrifying imagery and mood-building the film does.

You can read much, much more about the film at this link.

It will play on November 25 at Monster Fest in Melbourne.