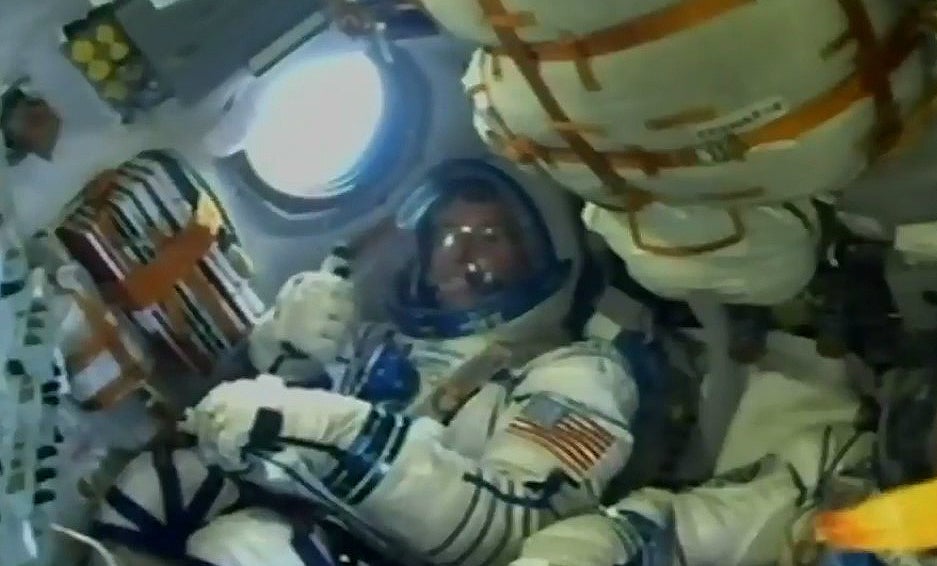 Shane Kimbrough is an American hero. Not only is he risking his life breathing recycled air and eating tasteless, shrink-wrapped meals in a radiation-blasted tin can 400km above Earth, the man just took time out of his busy schedule to participate in the grotesque bloodsport that is the 2016 US presidential election.

American astronaut Shane Kimbrough, giving a thumbs-up as he’s being blasted off Earth to the International Space Station. Image: NASA

The Associated Press reports that Kimbrough, the American astronaut who arrived at the International Space Station in mid-October, cast his absentee ballot for tomorrow’s presidential election “sometime in the last few days”. As has been the case for nearly 20 years, astronauts on the ISS can vote from space using a secure electronic ballot forwarded by Mission Control in Houston and returned via email.

Apparently, outer space is one of the few places where the internet is a good thing as far as exercising one’s voting rights goes. Still, the fact that Kimbrough, who describes himself and his fellow astronauts as “pretty much apolitical”, spent a few of his precious, off-Earth minutes contemplating the current state of American politics, underscores an important point about tomorrow’s election: Americans have no excuse to stay out of it.