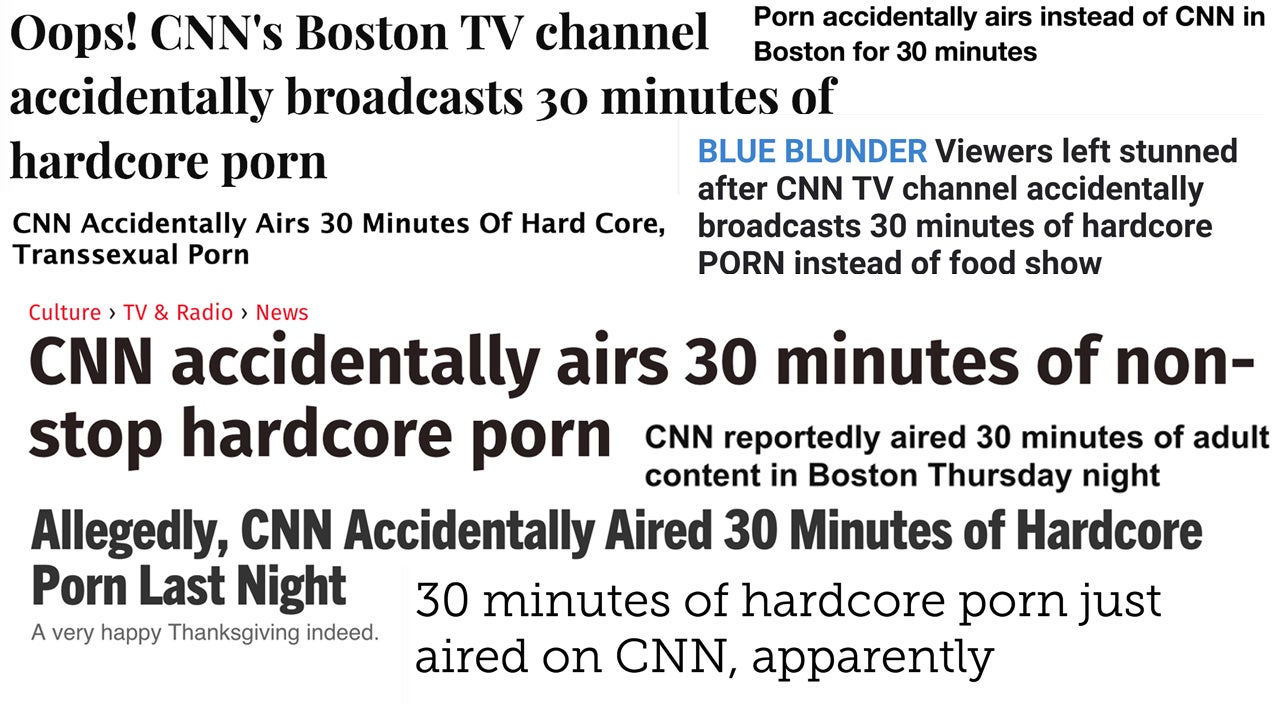 On Friday, many news sources reported that RCN Boston mistakenly broadcast a half hour of hardcore pornography during the night on CNN. If we look a little deeper, we can see this may not be true. The International Business Times first reported the story based on a series of tweets from one account that is now private. Mashable also wrote up the story, using a tweet from someone else, although it appears to be a screenshot taken from the original poster. (We’ve reached out to ask.)

Jeff Carlson, SVP and general manager of RCN Boston, told multiple news sources, “We are in the process of researching this incident but see no evidence our CNN network feed was compromised last evening in Boston.”

Journalist Luke O’Neil received a picture from the woman who initially tweeted out the picture. While she may have seen this last night, there’s no evidence to indicate anyone else in Boston had the same issues.

The woman who reported it sent me another pic. Again, sort of believe her, but no way only 1 person saw this if it was Boston wide CNN. pic.twitter.com/ZsOuLLsE84

Luke O’Neil reports that a CNN spokesperson told him “there was no interruption of CNN’s programming in the Boston area last night”.

CNN PR got back to me: pic.twitter.com/X9JsT9KI5l

We reached out to RCN but had not received a response at time of writing.