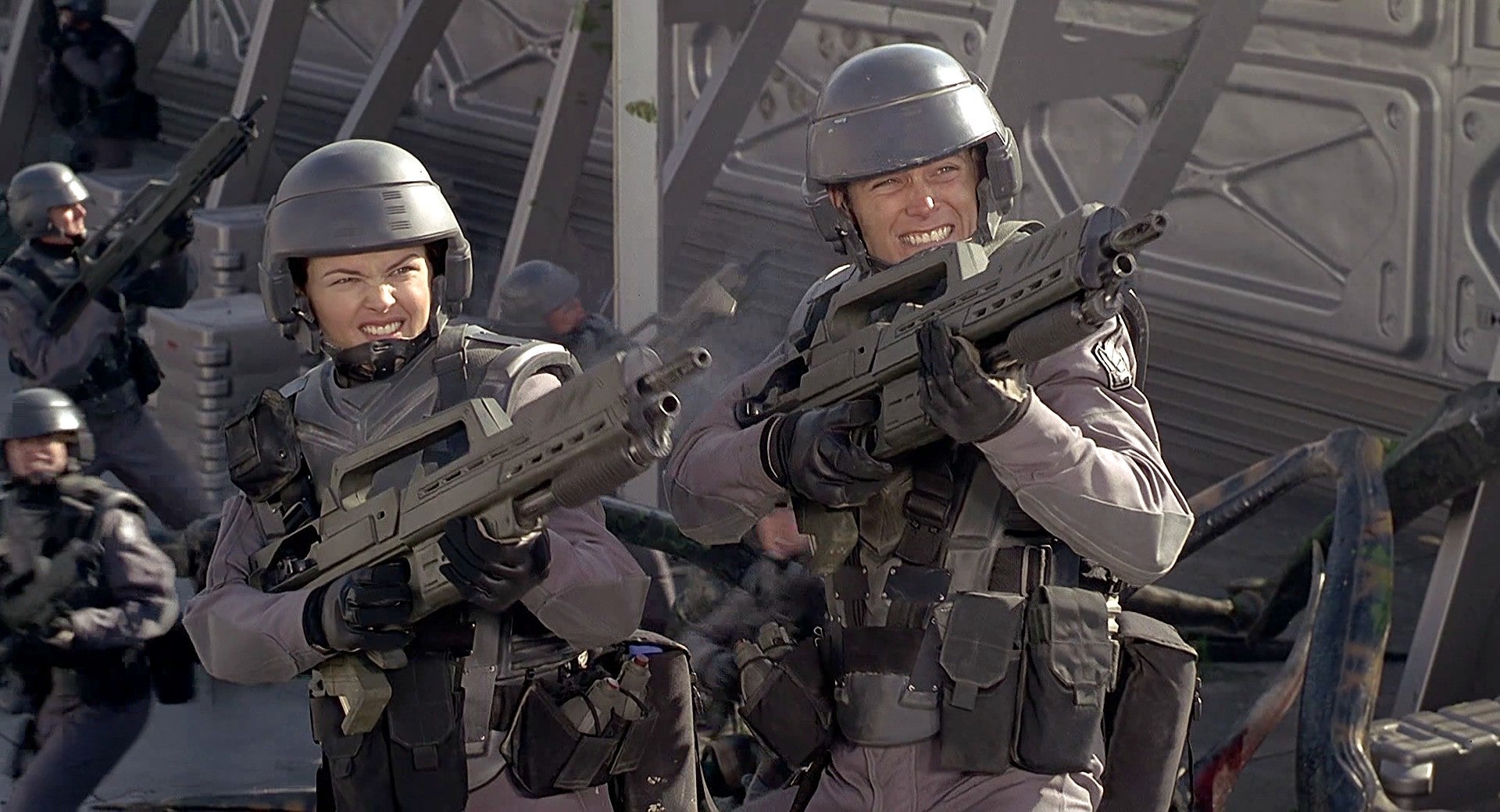 In 2011, after a slew of successful direct-to-video sequels, Hollywood decided it wanted to bring Starship Troopers back to the big screen. Thankfully, that hasn't happened yet, but now a new pair of writers have come on board, breathing fresh life into the project.

The Hollywood Reporter says writers Mark Swift and Damian Shannon, who penned the upcoming Baywatch movie and the 2009 Friday the 13th reboot, have been hired by producer Neal H. Moritz to write a new adaptation of the original Robert A. Heinlein novel. That means, while it's easiest to describe the film as a remake of the 1997 Paul Verhoeven film, it really isn't.

Both the novel and the movie were about a future where humans travel into space to fight alien bugs. The film took a very satirical look at the material, which is what made it so great, but I suspect Sony Pictures wouldn't be as adventurous with the tone now. Instead, I'd expect them to embrace more of the technology and action in the book - such as flying soldiers - that was previously impossible to realistically depict in a movie.

If Swift and Shannon do come up with a new take on Starship Troopers that actually makes it to the big screen, I'd be OK with it. I did enjoy their version of Friday the 13th. But it's one of those cases where the original film is so revered, it's going to be a really difficult task.