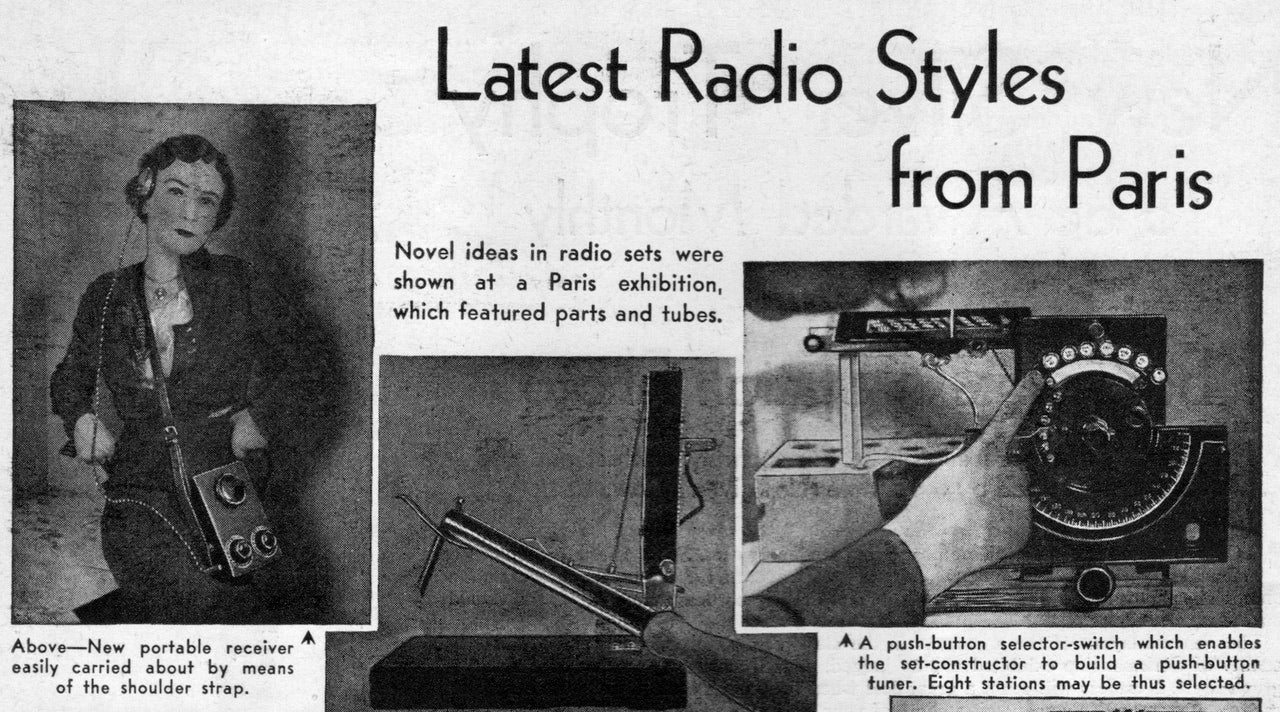 Today we take it for granted that we can bring music with us wherever we go. But that obviously wasn’t always the case. As just one example of how cumbersome portable music could sometimes be, take a look at this portable radio receiver from 1938. It was all the rage in France.

May 1938 issue of Short Wave and Television magazine (Novak Archive)

The May 1938 issue of Short Wave and Television magazine included a photo-filled spread of new radio sets that had recently been featured at an electronics exhibit in Paris. As you can see in the photo on the far left, the latest “portable radio” included a strap so that you could lug it around with you.

Radio miniaturisation was happening at a quick pace in the 1920s, and this was far from the only portable radio of the 1930s. But it’s a decent reminder that portability is and always has been relative. I, for one, think that the strap-radio actually looks pretty cool, even if it’s a bit impractical. And given the technological advances of the time, its size was probably as much for show as it was anything else. 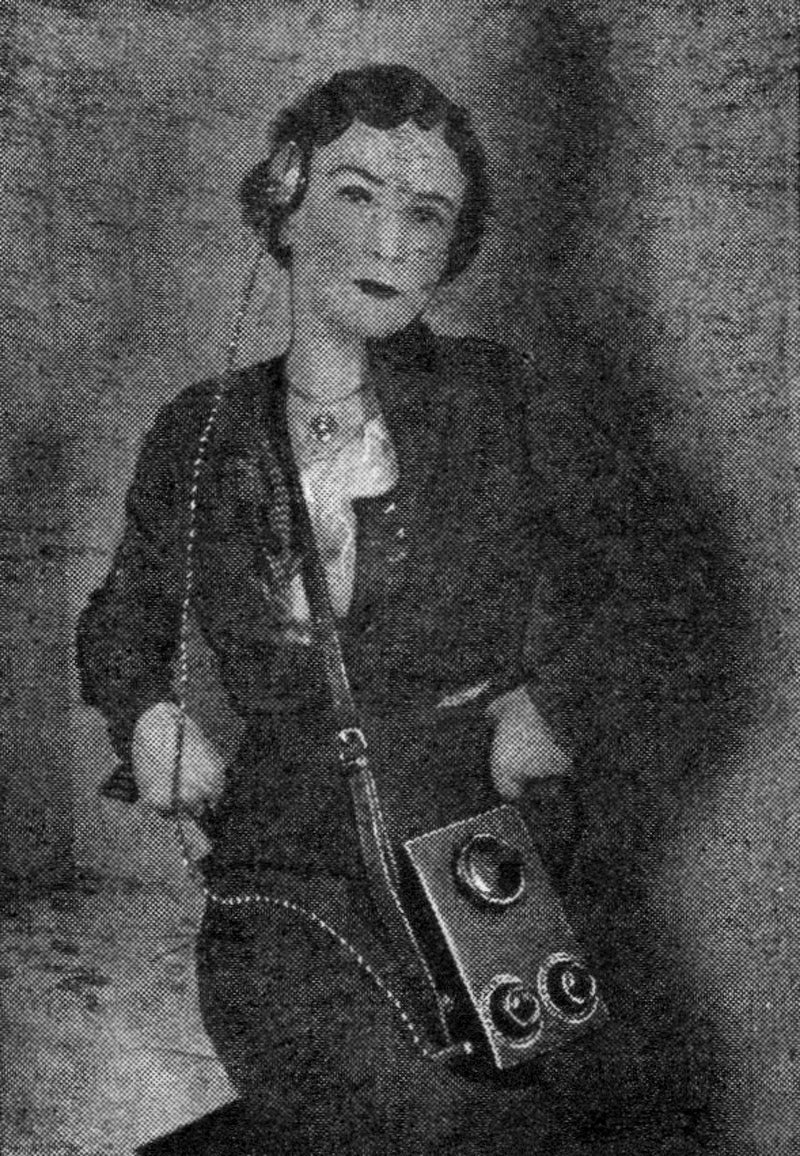 May 1938 issue of Short Wave and Television magazine (Novak Archive)

Sometimes being chic is at odds with efficiency and convenience. Not that there’s anything wrong with that.