The 15 Most Dysfunctional Families In Sci-Fi, Fantasy And Horror Movies 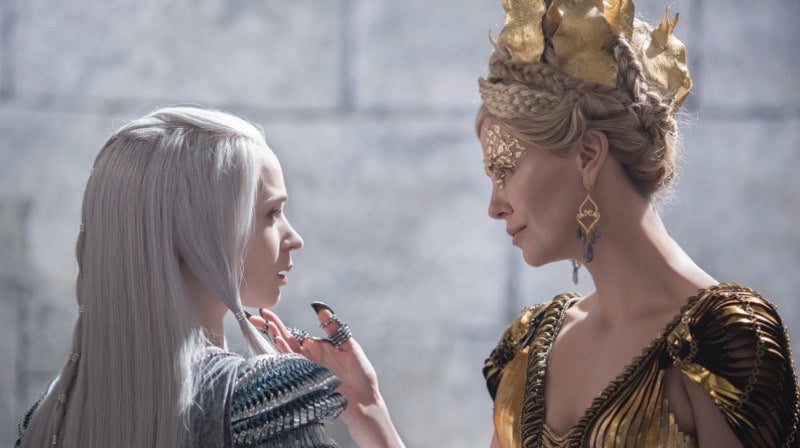 You think your family is dysfunctional? Commiserate with these cinematic families, whose dysfunctional drama might even be worse than yours.

Let’s just get the most obvious one out of the way first. Mum’s dead, Dad’s an evil masked villain and the kids share a weird flirtation before they realise they are actually twins. Eventually, the only grandkid in the family (that we know of) proves to be a bratty and murderous piece of work, too.

14) The Queens, The Huntsman: Winter’s War

This is not a great movie, but it had a spectacularly poisonous sister relationship, as well as some of the best outfits ever. If you were invited to dinner at their castle (provided they were actually living under the same roof and not trying to chew the scenery out from under each other), what on Earth would you even wear?

Just after the Spanish Civil War, a little girl encounters dark and magical creatures while her mother suffers a difficult pregnancy and her cruel stepfather (a literal fascist) commits torture and murder on a regular basis. The fact that a human character is scarier than director Guillermo del Toro’s monsters in this film is not insignificant. 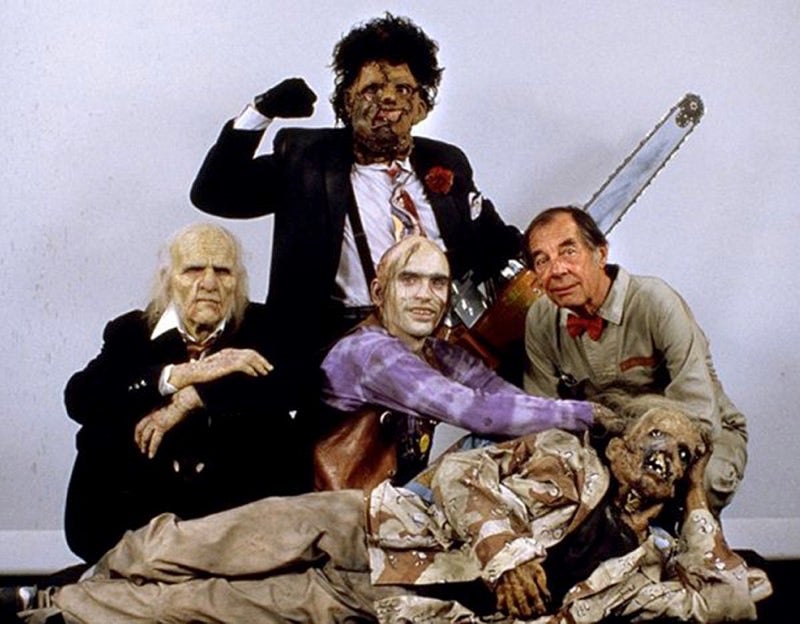 This is the greatest family portrait that anyone has ever taken.

12) The Sawyers, The Texas Chainsaw Massacre 2

Forget “Winter is Coming.” The best house motto of all time is “Saw Is Family.” Unfortunately, despite their collective commitment to terrorising rural Texas and producing the state’s most suspiciously delicious barbecue, the Sawyers end up falling apart in the end. Surprisingly, it’s the gruesome Leatherface who breaks ranks by showing compassion for the family’s would-be next victim — but not before she’s made the guest of honour at one of their famous dinner parties.

Charles Deetz drags his family from New York City to a very recently unoccupied, quaint house in the country, looking for a little peace and quiet. His awesomely goth daughter, Lydia, is delighted to learn that the house contains ghosts. His hilariously obnoxious wife, Delia, is way more interested in remodelling the place so she can impress her artsy frenemies.

Eventually Delia mellows out a little bit, thanks to a much bigger crisis involving a pesky bio-exorcist. And the Deetz family even becomes way more functional (and expands to include a pair of ghosts, too) by the end.

Inheritance brawls among siblings are nothing new — but what if those siblings happen to be elite members of the alien race that’s targeted Earth as the next source for its prized “youth serum”? The end result might resemble this gorgeous but confusing epic from the Wachowskis, who presumably enjoy a lot more harmony in their own family life.

No wonder poor misfit Carrie manifested malevolent telekinetic powers, after a lifetime of enduring her Jesus-freak mother shrieking, “They’re all gonna laugh at you!” all day, every day.

It’s out of fashion to like these movies, but this is still one hell of a dysfunctional family, with a huge chasm between father and son that could hold one million mini-clones. These communication-breakdown scenes are the ultimate.

Time travel is very cool, but there’s no escaping the fact that when your dad marries the hot girl that was just a few years ahead of you in high school, it’s never not gonna be weird. And you’re never not gonna slip up and say, “Missy… I mean Mum,” several times a day. Bogus.

This family had plenty of major issues even before they decided to winter at the ghost-infested Overlook Hotel. But that one time Jack “accidentally” broke Danny’s arm seemed like nothing once all the axe-wielding mania started going down. 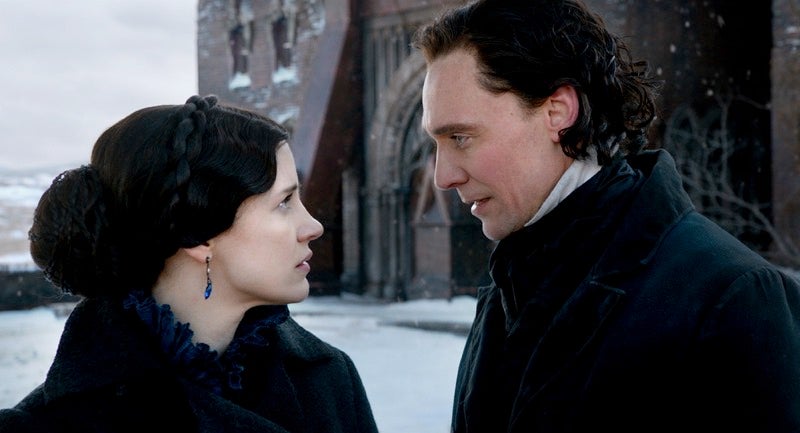 Another messed up family from Guillermo del Toro. Also a cautionary tale about not marrying a guy whose sister is oddly overprotective, and who dwells in a creepy old mansion that appears to bleed called Crimson Peak — especially when you’ve been visited by scary spirits that specifically warn you to “beware of Crimson Peak”.

Park Chan-wook’s psychological horror movie owes a lot to Hitchcock, but it turns the screws in violent ways that even the Master of Suspense wouldn’t have dreamed of doing. Trust no one, especially if you’re related to them.

3) Lord Denethor’s family, The Lord of the Rings: Return of the King

Distraught over the death of his favourite son, the Steward of Gondor acts like a righteous dick to his remaining son. Then, Denethor spirals even deeper into madness and very nearly burns his wounded-in-battle son on a pyre, despite the fact that he’s not actually dead yet. In the end, he realises what he’s done, and…

Hey, why let a perfectly good bonfire go to waste?

Something to consider while planning your family’s RV trip across the country: Will the route take you past any cannibal mutants who simply adore preying on naive outsiders? In Wes Craven’s chilling 1977 classic, the fresh-faced Carters encounter Papa Jupiter and his inbred posse of ne’er-do-wells (plus one daughter who isn’t actually that bad), who terrorise the family with great gusto, only to see their victims fight back nearly as brutally. The Hills Have Eyes is one of those movies where you kind of can’t tell who the monsters are after a while — although only one side actually threatens to eat an infant.

1) The Lions, The Lion King 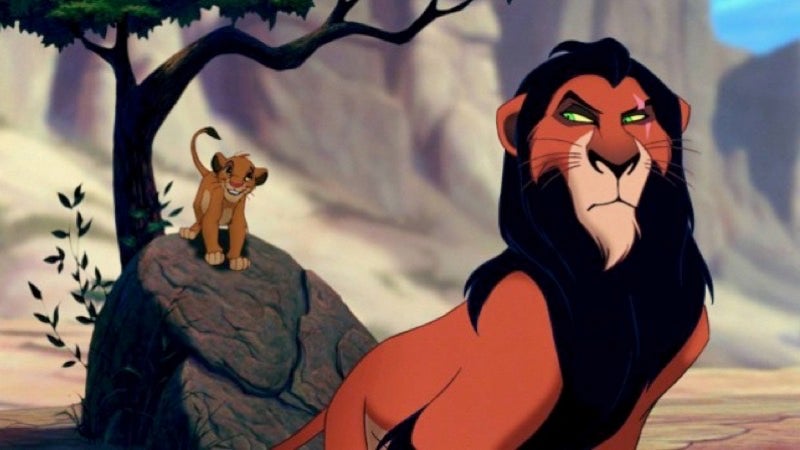 A young cub flees his home believing he’s responsible for his father’s death — a dastardly deed that was, in fact, his scheming uncle’s fault. At stake is the entire kingdom, which is now under the rule of a ruthless tyrant rather than a benevolent and beloved leader. This would be an amazingly dysfunctional family tale even if it wasn’t contained within an animated Disney musical fond of fart jokes.