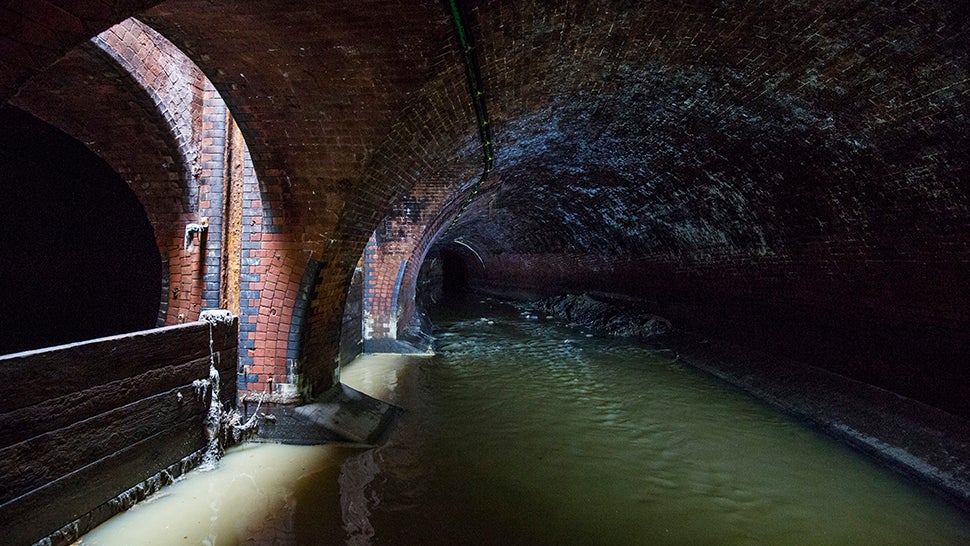 Researchers at Ghent University have hit on a method of harvesting energy from raw sewage that treats the wastewater without using external electricity. It’s all thanks to starving bacteria. Although this method is still in its lab testing stage, industry leaders are already interested in utilising it.

Dr. Francis Meerburg, a researcher at Ghent’s Center for Microbial Ecology and Technology, explained the development to Phys.org:

The levels of organic matter in sewage are too low to be directly recovered. We investigated how we can use bacteria to capture this material. Our approach is unique because we have developed a high-rate variation of the so-called contact-stabilisation process.

Professor Nico Boon described how the poo eating all goes down:

We periodically starve the bacteria, in a kind of ‘fasting regimen’. Afterwards, wastewater is briefly brought into contact with the starved bacteria which are gluttonous and gobble up the organic matter without ingesting all of it. This enables us to harvest the undigested materials for the production of energy and high-quality products. We starve the rest of the bacteria, so that they can purify fresh sewage again.

Using this process, researchers found that “55 per cent of the organic matter could be recovered from sewage.” This outpaces current treatment methods which tend to recover only 20 to 30 per cent of organic matter. When the numbers were crunched, the researchers concluded that this would be enough to create all the energy necessary for the treatment process.

The sewage industry is already hungry to begin putting it to use. Meerburg says that he is considering a position at DC Water which handles the sewage processing in Washington, DC. They have already begun evaluations to decide if the process will make their plant more efficient.